At least he had made it to class on time. At least he wasn't missing his first class on the first day. Because that would've been just awkw--

"Good morning, and welcome to Programming and Problem Solving, part one," the lecturer began.

Chapter 1: Friendship is the Rainbow Between Two Hearts

you’re going to be late, you know

oh fuck it be late see if I care

Exactly, you’re going to be late

get the fuck up

why u vibratin im gonn turn u off

Changkyun I’m not your damn pillow

ye I know ur the devil

it’s half past nine

Glancing at his watch, he realised he was already five minutes late and after sucking in a tiny, panicked little breath, he ran his eyes wildly across the buildings in front of him again.

There. It said West Block in big fat black letters across the front and Changkyun sprinted towards the entrance, mentally cursing the fact that his class was on the third floor (it was, right?) and that exercise ranked very, very low on his list of priorities.

By the time he made it to the third floor--his lungs having gone straight to hell--it was two minutes later and Changkyun was pretty sure he was going to die. Nevertheless, he slid into the classroom just as the lecturer approached the door, obviously intending to close it. Shooting what he intended to be an apologetic smile, but Changkyun was pretty certain was really a pained grimace at the lecturer, he slid into the first available seat, searching through his backpack for his book.

At least he had made it to class on time. At least he wasn't missing his first class on the first day. Because that would've been just awkw--

"Good morning, and welcome to Programming and Problem Solving, part one," the lecturer began.

The boy next to him looked at Changkyun with ill-disguised irritation at being a disruption. That is, until he glimpsed the book held in Changkyun’s slack hands. The boy looked at the flowery, dated cover of Changkyun’s book, took in the sweat on his forehead, the absolutely miserable expression on his features and let out an abrupt snort of laughter that he tried, a bit unsuccessfully in Changkyun’s completely unbiased opinion, to hide with a fit of coughing.

“Is something funny to you about the WriteLine method Mr...?”

“Good,” the lecturer said with a raised brow. “I trust there won’t be any more disruptions in this class or I will lose my shit. Is that alright with you, Mr Yoo?”

The boy nodded adamantly, before the lecturer continued talking in Computer Nerd Language that just...

Changkyun, meanwhile, put his book back in his backpack, took out a pencil case, his notebook, and simply hoped the lecturer wouldn’t notice him.

Ten minutes into whatever Hell Class he’d accidentally walked into, Changkyun could actually feel himself mentally ascend the extreme panic and agitation at missing his first class and enter the serene, soothing state of nihilism he had last experienced with his final exams.

Changkyun looked longingly at the door. Near… far…

He was stuck now. At least until the end of class. Because god knows he did not have enough belief in his own ability not to make some inane comment if he tried to leave the class beforehand and thereby embarrassing himself for all eternity.

Changkyun frowned at the note, giving the boy a look that clearly read ‘no shit, Sherlock’, but of course, he was looking at the lecturer and not him and it wasn’t like Changkyun had anything else to do, so he wrote back;

Changkyun paused, before smiling to himself. Might as well have fun, right?

Changkyun jabbed the exam pad right back into the boy’s side, taking a vindictive pleasure in the way the boy gasped and squirmed away from him. The boy still didn’t look at him though, merely frowned and took the offending notepad from Changkyun.

Changkyun stared at the boy, waiting to see what he would do. It’s not like he had anything else to do. Besides, the boy wasn’t too bad to look at, if he was honest. He had a small pointy nose, full cheeks and light pink hair. He was pouting and it seemed almost unconscious, and Changkyun idly wondered if it was a habit of his.

He didn’t know what the lecturer was talking about anyway, so he might as well try to make this awful moment into something he could at least look back at later as something other than: ‘that one time I walked into a class that was obviously not English Lit and didn’t notice until the lecturer started talking but I’d already whipped out my Willy Shakespeare.’

The boy, as he looked up to follow along to the piece of code the lecturer was demonstrating on the screen, caught Changkyun staring at him, and his ears turned red at a truly impressive rate as he frowned slightly and looked away, before grabbing the exam pad and scribbling something down quickly before forcefully shoving it at Changkyun.

Changkyun hid his grin behind his hand. Who was this guy? Jeez.

Changkyun tried not to laugh when Kihyun silently spluttered, ears turning even redder.

Changkyun watched him for a minute, as he furiously took notes, refusing to even acknowledge his existence though he could hardly ignore it. It was adorable. He smiled, wrote, and innocently slid the exam pad over again.

Kihyun’s eyes widened almost comically before shoving the exam pad into his bag and resolutely staring at the lecturer for the rest of the lecture. Changkyun did notice, however, that his ears remained a blazing, fire-engine red and that he didn’t take another note for the whole rest of the class.

I wake you up

Out of the goodness of my heart

Decide to not show up anyway

You could say I was on router class 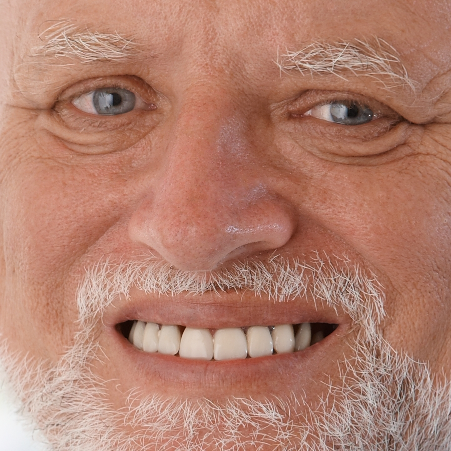 Love you too, hyung

ON THE PLUS SIDE

I met a rude boy

how is that a plus side

Did you know it isn’t really coding?

He was so proud

So many pictures of various puppies

Are you ignoring me

You have a lot of chocolate to buy

You turn my friends against me

And my limited budget 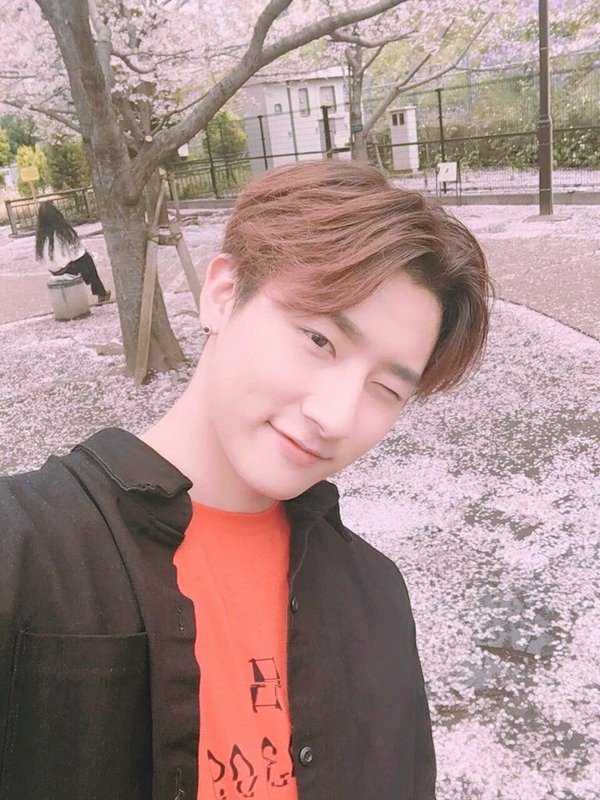 Where the fuck am I

This is why I should’ve attended orientation 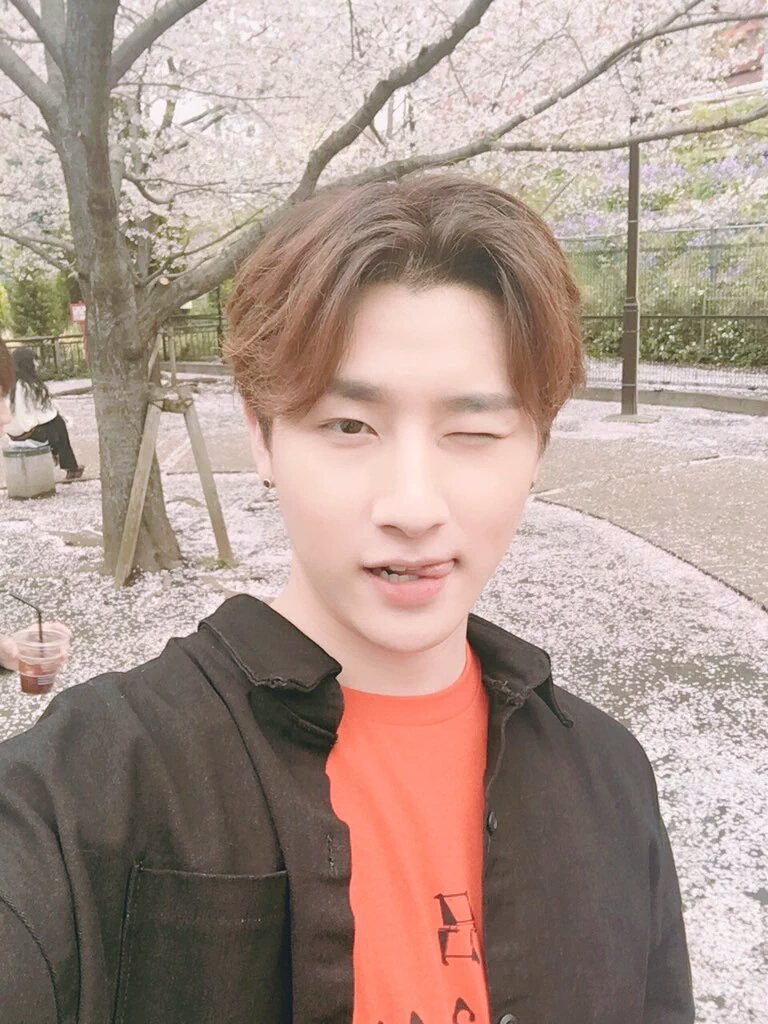 Do you think I would be allowed to just like, sit in the class

To stare at the pretty rude boy

Cos both is no

Why do you hate love, hyung

with a beATING HEART

You think you’re insulting me but you’re really not I think I can see your head

Don’t need to, you’re like a beanpole that beckons

In a sea of people, there was He

You are about quarter my size

I can squish you with my thumb

A stiff wind would snap you like a twig, hyung, come on

You, on the other hand

I’d be surprised if your dog noticed you were gone I love our friendship

Such mutual respect and love

“There’s about a half of this cheeseburger left, I’m actually impressed,” Changkyun said, turning the food item over in his hand before taking a large bite.

“I restrained myself,” Hyungwon deadpanned, looking at bit mournfully at the cheeseburger. Changkyun was about eighty percent sure he was bemoaning the fact he didn’t eat faster.

“So gooood,” Changkyun moaned obscenely around the food in his mouth (like an uncultured, manner-less animal) lying back on the grass like it was a king sized bed.

Hyungwon, mid exaggerated eye-roll, spotted a familiar face. Familiar, but uncharacteristically red. He frowned, amused as the photographer he’d become acquainted with not too long ago, choked on thin air after being exposed to Changkyun’s lewd food appreciation.

“Don’t laugh at me when I’m being sexy!” Changkyun whined with a pout, pushing himself up on his elbows.

Hyungwon, then, proceeded to laugh even louder, because Kihyun had literally run away. He’d read the situation, and noped the fuck out. What the hell? Kihyun didn’t seem like the type of guy to be so easily embarrassed by some kid moaning about food. And, really, Changkyun was more of a ridiculous sight than an attractive one in Hyungwon’s quite literally professional opinion.

“I’m glad you’re so amused at my display of wantonness. Next time I won’t waste it on someone as unappreciative of it. I’ll find a willing and appropriately appreciative audience who--“

“Do you even know how to spell ‘unappreciative’,” Hyunwon snorted, still recovering from the sight of seeing the normally unflappable photographer literally run away.

“I’m a language major, you frog. I know how to use a dictionary.”

“I’m a turtle, excuse you very much.”

“Because you’re so slow?” Changkyun grinned.

“For your information turtles are incredibly intelligent animals,” Hyungwon huffed, crossing his arms. “Now hurry up and finish that burger or you’re going to miss your second class as well.”

“Will you show me where it is?” Changkyun asked, laying the sweetness on thick, before taking a large bite of the burger.

“Now why would I do that? Don’t you want the riveting experience of walking into a programming class again? You might be able to teach Minhyuk how to actually code then.”

“Oh god,” Changkyun groaned, already imagining the crushed face of the literal sunshine that is Minhyuk. “Don’t give him ideas.”

Hyungwon only grinned and started walking off, leaving Changkyun scrambling around to pick up his bag, throw away the wrapper (because he’s not a fucking animal) and run after Hyungwon before the fucker disappeared from his sight.

BRO YOU GOTTA HELP ME BRO

I’m so fucking lost, my guy

Hyungwon just left me in a field

He drove you twenty miles outside of campus and left you in a field?

Well no I guess there’s like buildings and shit

What do you see??

Cool I’m on my way

Shit you really got something from that

Hurry your ass up

The one who went to orientation

Only an idiot wouldn’t go to orientation dude c’mon

I take back everything I said

I’m sorry plz save me

M’dude I was in a programming class this morning

Stop grovelling and run after me