Straight through the heart

Talon gets himself a knight and they go shopping for shiny things at the market. 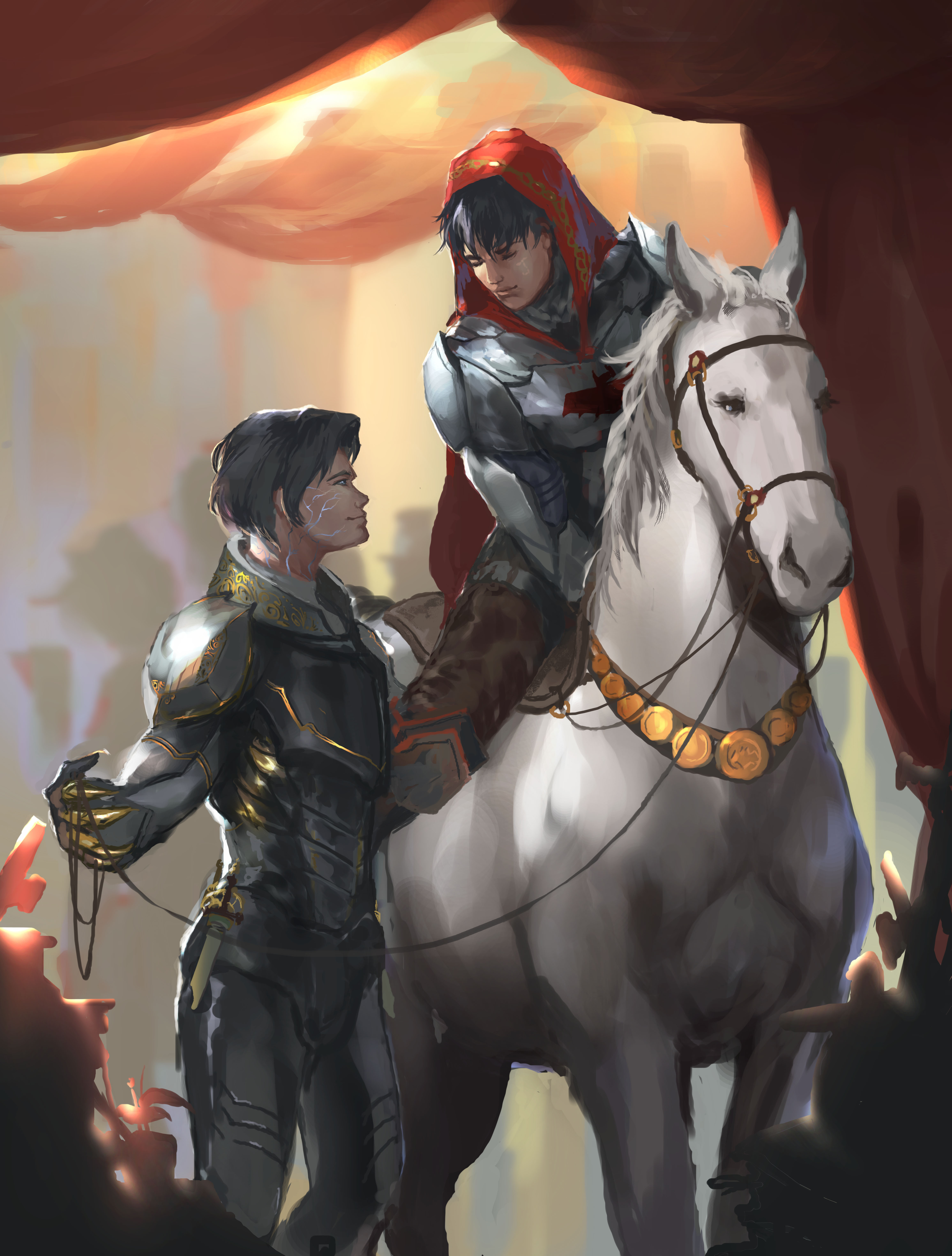 I had trouble picking between my prompts because all of them were so good but boy am I fond of fantasy ones. It does deviate from the original prompt a little (Sorry Crem!) and feel free to ignore this bit as it's just me rambling about what kind of outline I had in mind when I was sketching but here it is.

Jason and Dick met young as apprentices taken in and trained by the King's Dark Knight. Both used to be close but fell apart after Jay's kidnapping and extended torture under the hands of the King's court fae Jester. With Jason missing, Dick breaks off from Bruce to search for him and lands in the hands of the court of Owls.

Jason eventually escapes and is devastated both to see Dick too is missing and Bruce responded by taking in more squires. He wrecks havoc as vengeance for himself and Dick but is later taken in under refuge of the Al Ghul queen who trains him and sets him off as Arkham knight under her banner, gifting him with the all blades on his graduation as a defense against demonic forces. By chance on a mission brokering a connection between the League and the Court of Owls, he finds Dick who survived his conversion experiments through embracing his demon as an extension of his body and operating as an amnesiac Talon.

Being the only being willing to get close to Dick again since his change to demon, Jay eventually pesters out those pesky childhood memories through the sheer power of being a little shit and they start taking on dual missions working as a team again. It comes to a point when Jason leaves his strongest magical protection, the all blades, for Talon to use as an implicit sign he trusts Talon with his life. Talon in return forgoes his mask and travels barefaced both to broadcast that his knight is protected under company of a demon and in hopes that if he leads by example, Jay may one day feel comfortable enough with his scars to go out without a hood.

This scene I wanted to draw for in particular is sometime after Jason gifts his all blades but Talon insists they go shopping down at the market so Jason can at least get a new bladed weapon. The horse is unfortunately easily spooked by nonhuman presences leaving Jason to bust his nuts riding all day because Talon is also unfairly somehow able to keep up with the horse.