Chapter 17: Preparation for the Main Event

Our leads clean up quite well!

The estate was gorgeous, of course. Acres of perfectly designed park surrounding a virtual village of buildings at the center. The large main house was practically a castle, and small cottages, stables, and the like were scattered about it. A long lawn stretched down from the back to a lake picturesquely framed by a boat house to one side and a gazebo to the other. The crews had set up a large tent with tables, and just south of that a stage for a band fronted by a dance floor. Lanie was currently marching around like a tiny field sergeant inspecting every inch of it, clip board in hand.

Magnus grinned as he watched her out the window. She had been surprised that he was willing to let her alone, but he knew she valued her work, and he didn't want to get in the way of her performing her duties. Haas had yet to arrive and, though she was not aware, Magnus was not the only operative that the police department had managed to infiltrate the party with. One of the catering staff was an undercover officer. At first Magnus' feathers had been ruffled when Anne-Britt had told him that they had placed someone else on the grounds, but considering the sheer size of the place it made sense. He would not be able to be everywhere at once, and a second set of eyes out at the pavilion allowed him to slip off elsewhere without worrying overly much about Lanie's safety.

It was going to be an interesting three days, he could already tell. They had arrived around one o'clock to find the house keeper, Gita, awaiting them, or Lanie at any rate. A matronly woman, she had obviously developed a good long distance relationship with Lanie over the phone in the weeks leading up, and the two quickly had their heads together. The first hiccup came when Gita handed Lanie the room assignments to look over. It appeared that they had been assigned separate rooms. Not only that, Lanie was to be housed in the north, family wing of the house, just two doors down from the master bedroom, while Magnus was in what would once have been the servants' quarters on the attic floor. Lanie had been infuriated, but it was no more than Magnus had expected. Let Haas play his games, it was Magnus who would win in the end.

In point of fact, being relegated to the attic, not that he planned on sleeping anywhere Lanie was not, suited Magnus just fine. It was far enough away from Haas and his primary staff that he could slip out and wander the building and grounds without too much interference. He had studied the layout of the manor, and knew that the more important guests would be staying in the far wing to the south. Haas' study and personal quarters were near Lanie. He had been pleased to see that Holly was in a room next to Lanie, so at least there was someone near by who could be counted an ally. It was a bit surprising to him that girl was even invited, but Lanie had explained that he always liked to have a few extra women at his parties who were fun and lively. Added entertainment for the male VIPs, he supposed. The fact that in all likelihood Lanie would have been one of those women had he not been here was not a thought that pleased him, though he was sure Haas would have done his best to keep her for himself.

After he had unpacked he made a brief tour of the floor he was on. There were five other rooms along the hall, just two bathrooms to be shared between them. As noted, it was not the luxurious portion of the house. He made note of the urn of flowers sitting at the end of the hall, and checked the door to the stairs to see how much noise it would make on opening. Fortunately Haas seemed to keep diligent staff, as it didn't so much as squeak when he opened it. The stairs themselves were a bit more tricky, as the wood was old and a bit rickety. One would have to be sneaky to avoid being heard.

He had told Lanie that he would meet her at the door to her room at 6:00 to escort her to the party. He gave himself plenty of time to get ready. He knew her belittling boss thought him nothing more than a hanger on, and he was looking forward to wiping the superior expression off his face. To that end, he buffed the dress shoes he almost never wore, took extra care with the tying of his tie, and made certain his onyx cuff links were just so. He had put on a bit of muscle since he last wore his custom made Armani tux, so the white shirt strained a bit more across his chest, but the effect was not unappealing. His curls were still a bit wild, but he had managed to tame them back a bit with product. All in all he thought he looked presentable. It was, after all, hardly his first event of this sort. 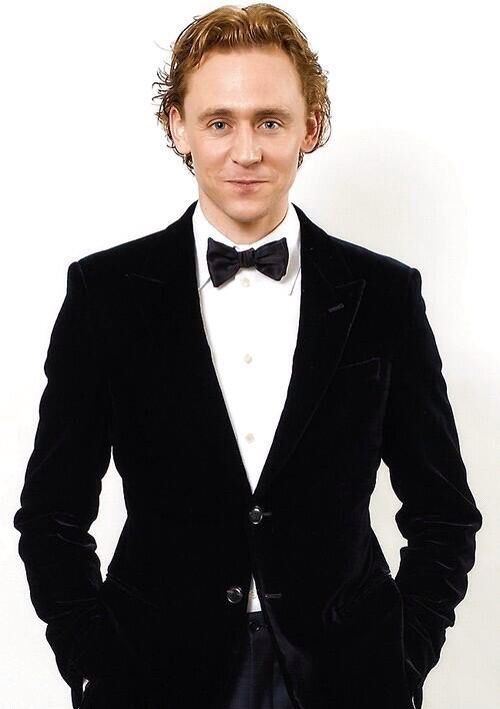 Lanie looked at herself in the full length mirror and swallowed nervously. Sapphires shone dangling from her ears and on her wrist. The dress was gorgeous, there was no doubt about it. It also, while being exquisitely made and completely respectable, left almost nothing to the imagination. The blue satin top had was strapless and angled down over her breasts, which were lifted up and held in place by a tight bustier underneath that also synched in her waist. The dress hugged her down to her hips before flaring out a bit as it skimmed down her legs. A slit up one side was hidden until she walked, and then gave a tantalizing glimpse of her leg up to her mid thigh. There was hint of old Hollywood glamour and simplicity about it that she loved, but she feared she wouldn't be able to pull it off. It didn't help that she was unused to the heels she wore. She had done her best to cover the marks on her skin with concealer, but of course there was only so much that could be done. At least the ones on her breasts from the first day had mostly healed.

A knock at the door sent her hurrying to check her makeup, more than she normally would do, and her upswept hair one more time before taking a deep breath (difficult in her confining underthings) and opening her door.

The nervous smile on her face froze when she saw not Magnus there as she had expected, but Erik. He was dressed to the nines in an obviously expensive tuxedo. His eyes took her in hungrily as she stood there in her formal wear. He didn't quite lick his lips, but he might as well have.

"Lanie, you look divine," he said, walking into her room uninvited.

"Erik," she stuttered, unsure how to respond to his presence. "I thought we were meeting out front by the receiving line."

"I just wanted to check and see if there was anything you needed," he purred, fixing his perfect tie in the mirror against the far wall. "I trust the room is to your liking?"

"About that," she felt her back stiffen. "May I ask why Magnus is in the attic and not with me?"

"I didn't want to assume, my dear," he replied with a sly smile. "And you must admit, he was a last minute addition. I had already put you here, so that I could personally see to any needs you might have - for the party of course. Since the room only has a single bed, it was clear that other accommodations would have to be found for him. The attic rooms were all that remained."

"A single bed is perfectly fine for us, Haas, we tend to stay close when we sleep," a male voice spoke from the door.

Lanie spun to see an absolute vision in her door way. Despite reassuring Haas that he would fit in perfectly, she had been secretly worried herself that Magnus would be out of place in a rented tux at the lavish party. The level to which she had been completely wrong was staggering. Lounging at ease against the doorway, Magnus looked like nothing more than a Greek god. The clearly designer tuxedo jacket was fitted tightly over his shoulders and back, tailored perfectly to his tall, lean proportions. The material looked so lux that she was almost afraid to touch it. The slim cut of his trousers was just this side of scandalous, and she was fairly certain she could make out the outline of what she knew to be his large even in repose cock if her eyes strayed to long in that direction. His shirt strained against the overworked buttons holding it together over his muscular chest. The red sole of one Louboutin shoe where it could be seen crossed over the other proclaimed that even his feet were clothed in luxury.

"Magnus!" her voice was barely a squeak. He had left her literally breathless.

"My darling, you will outshine every other woman there tonight. It is remarkably unfair. That dress is perfection on you."

It was rather much for him, looking as he did in that moment, to use the word perfection on anything else. The mention of her dress, however, brought her mind back to what she was wearing and how she had acquired it.

"Thank you Mags," she smiled up at him before turning to her boss. "Erik, while the dress is beautiful, and I do appreciate your realizing I would be in need of it, it is quite inappropriate. Especially the jewelry!"

"Lanie, I have no idea what you're talking about," Haas began, looking confused.

"About the jewelry," Magnus said, suddenly, reaching into his inside breast pocket. "I believe this piece was missing."

As her jaw fell Magnus produced a narrow velvet box and opened it to reveal a necklace that perfectly matched the earrings and bracelet she was wearing. He tossed the box to Haas, who caught it awkwardly before crossing to stand behind her and fastening it around her. When the clasp clicked close he dipped his head and pressed his lips gently to the nape of her neck.

"As the card said, the jewelry is on loan from our family jewelers, but when I saw the dress I knew you had to have it."

"Your family jewelers?" Haas asked. Lanie was glad to see that at least he looked as shocked as she felt.

"Covelt and Associates," Magnus shrugged. "We've patronized them for years. You did know grandfather was a cabinet minister, didn't you? Well, Lanie, shall we?"

And pulling her arm through his he led the way out of the room.