Art by Geraltsbeard on Tumblr 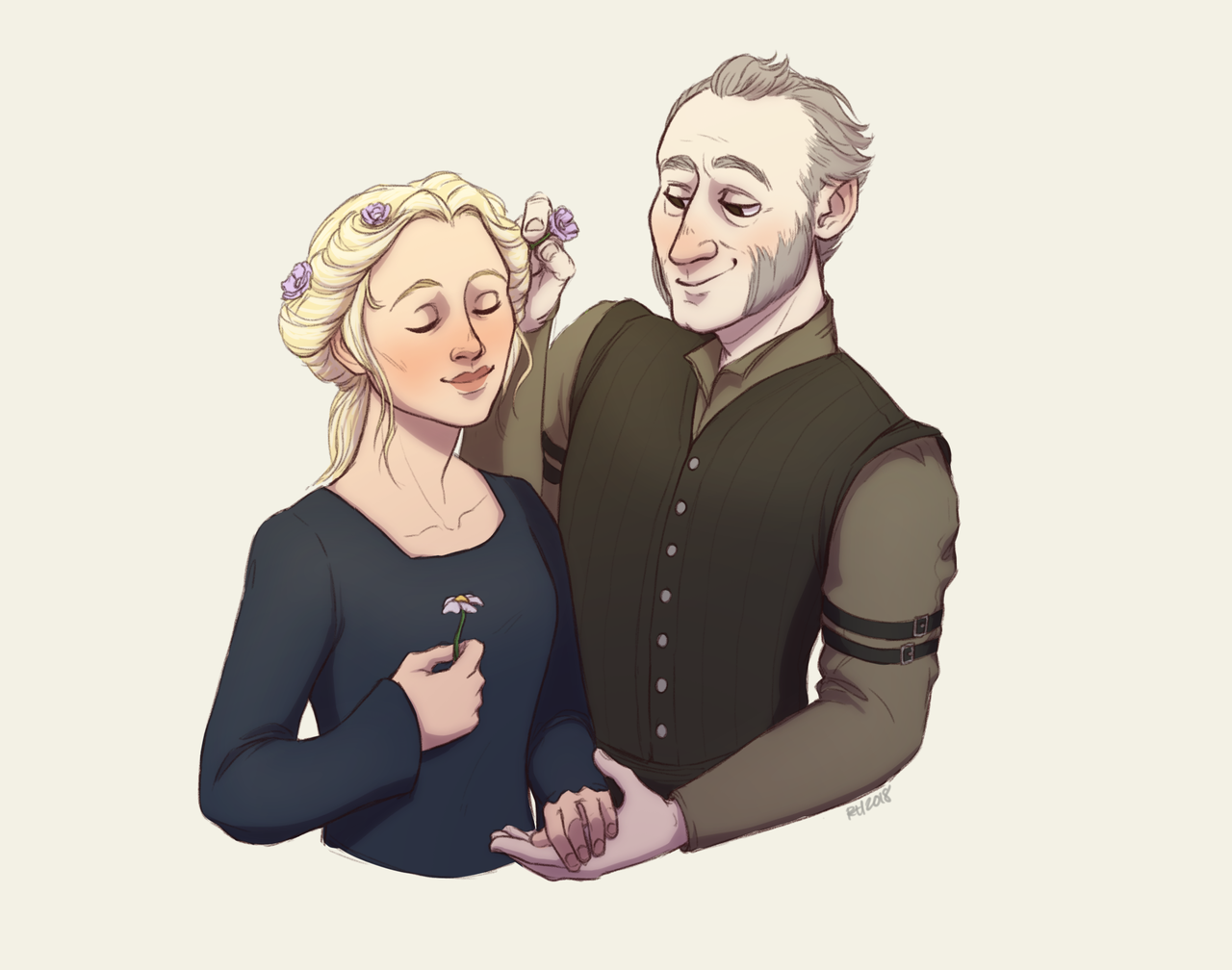 “You alright love?” Regis asked pulling on some Fools Parsley, gently placing the leaves and stalks in his bag. The young woman he was with raised her head from the patch of flowers she stood and nodded a slight smile on her face. There was a similar pile of plants in the small basket she held, an array of colour against the brown wickerwork.

She started to move off, further down the field deft hands capturing plants, strands of white-blonde hair almost becoming one with the grass.
He watched her quietly as she went about her work, it had been some months since they had first met that dark and gloomy night. Despite the unfortunate circumstances, their relationship had flourished. Both benefited from the companionship; Regis admitted it had been lonely in those long nights at Mere-Lachaiselongue Cemetery. An assistant had kept him on his toes, kept him busy through the hard times with Detlaff. And Heather had grown like her namesake, blooming into a confident young lady.

He continued watching, aware of the ridiculously grin that had started to spread across his face. But Regis just couldn’t help it, she was a wonderful member of humankind and he wouldn’t have asked for a greater companion.

Heather looked like she had walked straight from a painting with the long blue of her dress fluttering in the wind, wildflowers all around her. The vampire absentmindedly placed more plants into his bag, not really caring what kind they were. In went flowers, herbs and common weeds alike only stopping when he spied a tiny delicate purple flower in his hand. Looking down he saw a patch of the selfsame flowers and hurriedly picked more, Heather would love them.

Catching up to his assistant he presented her with one, hand outstretched the tiny flower nestled within. Heather looked up at him and cocked her head inquisitively looking from him to the flower and back.

“For you” the alchemist replied. The lady smiled and took it, cradling it in her small hands. Taking another from the bunch he started to gently place more blooms in the twisted locks of the woman’s hair.

Heather hummed in appreciation, closing her eyes in bliss. She’d always loved this kind of attention from Regis, she felt so close to him, felt so in love.

“There you go love, you look wonderful,” Regis said placing the last flower in her pale strands. Still aware of the stupid grin on his face he felt it grow wider as Heather beamed back, opening her wide eyes staring back at him.

The woman leaned in and placed a kiss on the vampire’s cheek before wandering off back to her herb picking. Regis gently rubbed the spot fondly before following her down the hill and into the distant fields of green.