The Council of the Future

The next morning, they assemble in Ty's 'bachelor pad' just as he's clearing out last night's leftovers. And by that, the menu was still-drunk college girls and a half-passed out male stripper, tucking a baggie of white into his pocket.

Lex picks up a skimpy bikini top, letting it dangle off a finger.

Ty laughs lopsidedly, grabbing the garment off him, "I'll, uh, get that back to her," he drawls.

"Oh, so you know her name?" Sunset asks pointedly, knocking an empty bottle of tequila aside with the toe of her foot.

"Ha ha," Ty says sarcastically. "Don't act like you know all the names of your one-night stands."

She rolls her eyes, "of course I do."

"Oh yeah? What about New Years Eve? You kissed him at midnight, still together?"

"That doesn't count! Even if I got his name, I wouldn't remember it in the morning!"

"Are you seriously using the fact that you were drunk as a defence?" Whitney asks incredulously.

She gasps, "we agreed not to talk about Monaco!"

Before Sunset can spill, Whit can kill and Ty can grill, Tony turns up late, talking into a phone. "Yeah...hey, look pass it to Obie, will ya? Thanks Rhodey…" he waves a them, flopping down on the couch next to Ty. "Hey Obes...yeah, yeah, I'll get them done...no worries…it's fine, I can do it. You know I can. They're only machine guns. Semi automatics, at that. Who do you think I am?… I'm in Malibu, remember?... Business. ...no, not that kind of business, me business...yes, I have 'me' business...I'm leaving now...bye, bye..okay, goodbye." He hangs up and and flops backwards into the couch. Ty sits next to him, looking just as drained.

"God, I gotta get these new designs done," he groans.

Everyone stiffens. They know that Tony's designing weapons, everyone does - gossip does sometimes come in handy - but faced with the reality? It's different. Tony is sixteen and laughs like he's five and hasn't seen the hardness of the world. He is sixteen yet he can kill better than his father, at sixty-eight. This is a childhood best friend. They have seen him mutate into this, the boy who kills because he can't do anything else, from a wide-eyed, scared ten-year-old.

"Ty, do you have paper?" Bruce asks, breaking everyone's train of thought.

"Yeah," Whitney agrees. Her and Tony's gazes connect, and there's something like sorry in Tony's face, but not, because he can't be sorry of the truth. Neither can she, so she only smiles a bandaid-smile, meant to cover but not to fix.

Sunset notices. "God, are you two lovebirds made up? I swear, it's pointless with you two. I'm never getting married."

"That's not a choice for you, is it, Sun?" Tony cackles. She glares at him.

"I shouldn't be the one worrying about who's gonna marry me."

"What's that mean to mean?" Tony asks acidly, he knows what she means, he's only asking if she dares to say it.

"Your father is a high functioning alcoholic, your mother is half-crazy, and you're over in Boston, making weapons because daddy's too drunk and nobody else is smart enough." Apparently, she does.

"You calling me smart?" Tony snarls, and it almost looks like he doesn't care, but his hands are balled into tight fists at his side.

"I'm calling you a murderer," She retorts. She knows where to hit to make it hurt, and she's just landed a perfect punch. It breaks him, and his face freezes unattractively, mouth open, eyebrows high and pupils wide.

There is a moment where no one breathes, no one moves, and in that instant Tony slips, he lets his face show, the darkness behind his eyes, the bleakness, the very thing that can make him so dangerous; anger. At who, it'd unclear. Maybe the world, maybe his father, maybe Sunset. Maybe himself.

In an instant, he moves, whirling off the couch and slamming the door behind him.

Sunset sinks onto the couch where he was sitting. She puts her face in her hands, and her nails gleam in the light.

There is shocked silence. Normally they tease and push, but each has lines, and Sunset hasn't just crossed all of Tony's - no, she's set them on fire.

"Oh fuck," She moans, the gravity of it setting in.

"I —" Whitney looks like she wants to say something, but instead she gets up and rushes after Tony.

Bruce is wearing an uncomfortable face but doesn't follow Whitney. Lex is gritting his jaw. Ty gets up and takes a long look at the group in his living room, then shuffles off to deal with his hangover, murmuring something that sounds like "let yourselves out."

They sit in silence for a few moments, and then Lex gets up and strides out the door. Bruce is next, and pats Sunset on the back.

She sits on the couch, throws her head back and tries to swallow the horrible feeling inside her.

Ty lumbers by, then stops short. "You're still here?" He demands.

Sunset mumbles a "fuck off," but gets up.

Ty stops her with a hesitant, "Tony just needs to cool down. You know what he can be like."

"What about what I can be like?" She asks dully. "I'm the one that pushed him too far, and you know Tony. He...he's forgiving, far too forgiving actually, but he has a vengeful streak a mile wide if you wrong him too far."

"Have you wronged him too far?" Ty asks, sitting down on the couch next to her, close enough to touch, far enough away to make the distance seem a chasm.

"I don't know!" She cries, something rough and sad and slightly hysterical in her voice.

"We knew each other before everyone else," Ty says suddenly. "Boarding school. He was only there for a few months, but we got close."

There's silence for a long while.

"Yeah. Everything." There is a lot of gossip, how can there not be? None is good, some is terrible and more Ty can't even think about.

He looks at her with eyes far too sad for the carefree party-boy. "We can't even try."

"You remember that kid, Hammer?" she asks, changing the subject. His brows draw tight but he still responds.

"His dad was hitting him. That's why he disappeared, he's off in foster-care now. I hear he'll still get the company, though."

"What? I thought it was boarding school."

"Yeah, that's what his father said, but CPS finally got though. His dad used to bribe them before they even got there," Sunset fiddles with a cushion, picking at the fabric.

"That's the problem with Tony."

"Has it been reported before?"

"I'm sorry, Ty," she whispers, resting her head in his shoulder.

"I don't know," she mutters brokenly, although no tears fall down her face.

He sighs, and just whispers, "okay."

Later, he thinks that maybe he and Sunset are twin souls, destined to be lonely in a world where people fit. Lost jigsaw pieces to a puzzle that never even existed. In another timeline, maybe they would have fallen in love, gotten married, had children; a normal life. But they are not normal. Their lives are not normal, and they probably never will be. Still, he closes his eyes and tries to hold onto an image of a little girl with his hair and Sunset's eyes. It's a delusion, and Sunset's face could easily be blocked out with anyone else.

It's bullshit, probably from the English major he fucked last week that was spouting poetry.

Sunset clears her throat in the middle of the bustling coffee shop. "Hey."

Tony doesn't turn, but he seems to flinch, to squeeze in on himself. "Hey." His voice is equally as tight.

"I came all the way from Texas to apologise," she tells him, sitting down at the bar, looking out the window and into the busy Boston street.

She does not try to mention what she saw when his face slipped, the black hole there, only the collapsing star is made from his name and his mother and his father, the weight of the world and the press and all the people that clamour to see him explode.

She does not mention it, but it is in her words.

"I know," his hands close tight around the mug.

He sighs, and then rounds on her, "Sun, it really is. My father drinks more alcohol than a Russian vodka-chugging contest and only gets sober for press conferences and important board meetings, and even then, it's a chance game. My mother is more than half-crazy and takes enough pills to fill a pharmacy. I'm making weapons, and my kill-streak's getting pretty high. I'm a fucking genius, Sun, and this time I'm not bragging. I could kill so many people, if I wanted. Right now, I'm giving them the weakest stuff, but soon I'm gonna have to step it up. Then, I don't know what I'll do."

"But you don't want to," she says evenly, her brown eyes boring into his.

"Me. Ty. Whitney. Bruce. Lex. That new friend of yours, Rhodes Island or whatever."

"Apologies accepted," he whispers, and she laughs.

'Your family may be fucked up, but you have another with us."

He draws back, "thanks, Sunny."

His gaze gets caught at the door, "shit, Rhodey's coming. Go."

She pouts, already picking up her bag, "what if I wanna meet him?"

"Get outta here," Tony grins good-naturedly, all evidence of his emotional state just a few moments before gone. He's a master at that, she realises. They all are.

"Visit me soon?" she asks, fixing her hair even though it doesn't need to be fixed.

"Yeah. We'll have the next meeting at yours?"

She weaves around the tables, passing the black boy heading towards Tony with a wave.

She dares a chance back, and Tony is chatting amicably, hands flying everywhere.

She smiles, that Rhodes boy is good for him.

She slides into a chauffeured car and tries to remember the last time Tony smiled like that with her.

It must have been years ago, back in the first incarnation of the Council. He was so...happy then, unguarded. Now he's closed up like a bankrupt shop, the windows boarded up and the doors locked. He treats them like a business transaction, which she supposes they are, in a way. But they are also his friends, they are also some of the only people on this earth that have seen Tony is his pure, base form, before he was 'Tony Stark', and back when his mother called him Anthony or Passerotto. Back when he was small and skinny and scared. Now he has grown into his height (not literally) and stands tall in his 5'7" frame.

She's happy for him and Rhodes. Really, she is. Tony deserves that, she only wishes that she was that for him. Or can be, one day.

whitney looks like jackie from that seventies show/mila kunis. 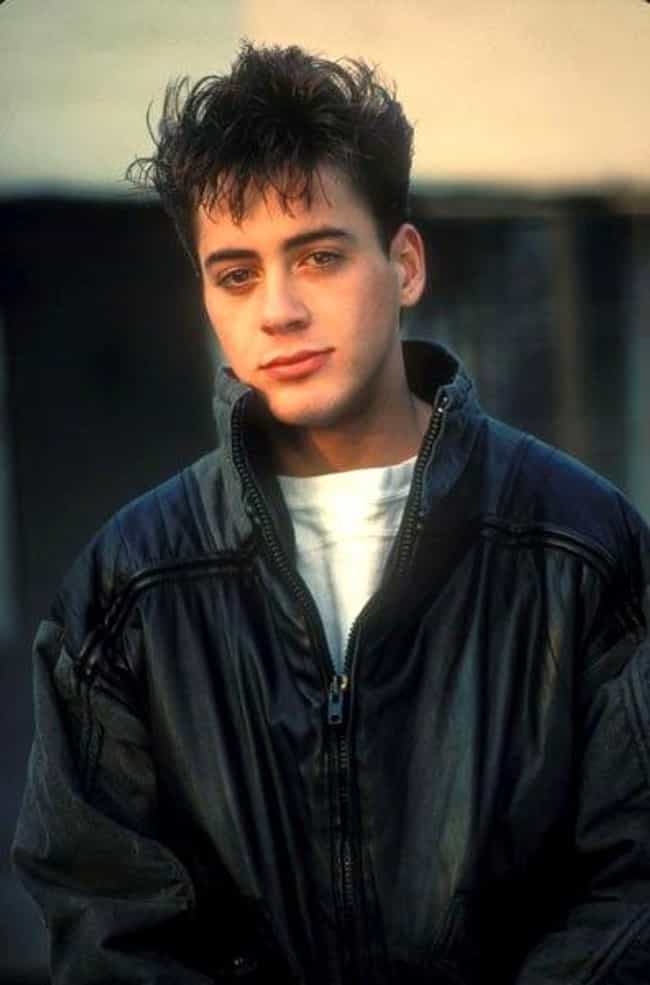 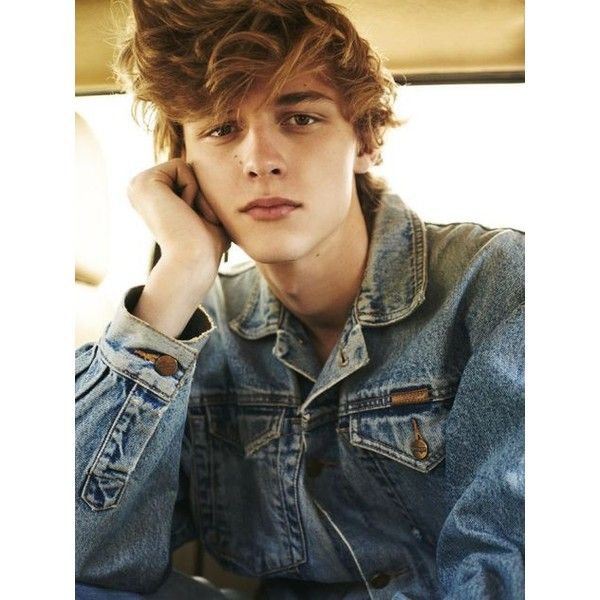 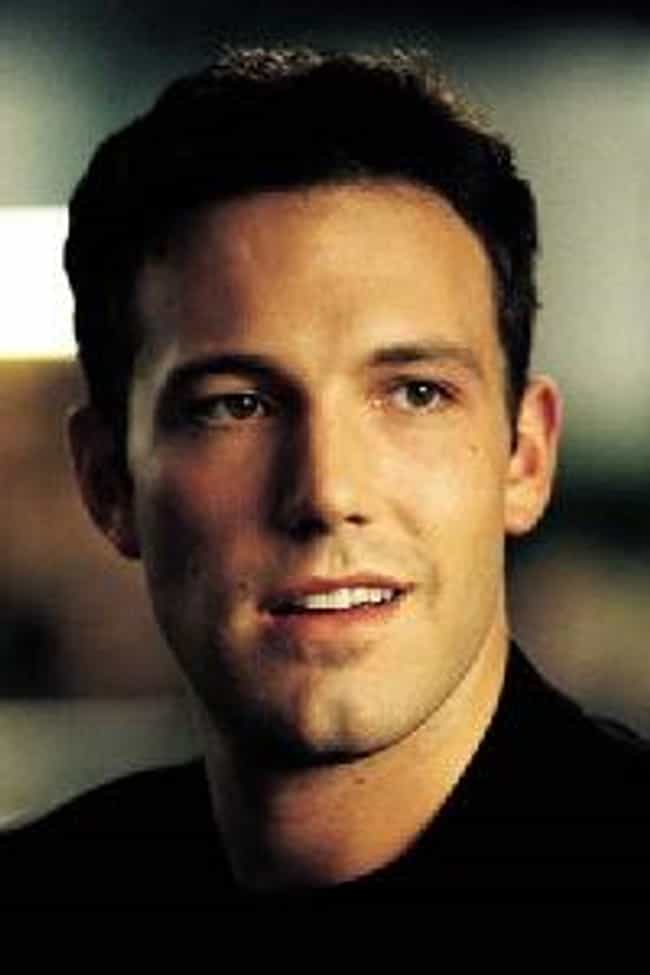 and kudos to anyone whos seen the end of the f***ing world! i loved it so much!!