"Niklaren Goldeye" he says. "After you"

This is a story about Jewish!Niko with Daemons. It's also about trauma, about what stays with us, about the way that kindness matters and I want to thank my recipient very much for the opportunity to write it.

Niko's Daemon didn't settle for a long long time. Niko, who was not yet Niko but still Aharon had never thought of it much because it works better for him and Sarai, that she can be a butterfly to hide during games and a great bear to scare off bullies or a small cat that can ride on his shoulder the few times he might venture out of the quarter on an errand for his parents. He and Sarai did not go out much though - it was safer to stay in their quarter where they spoke their own tongue rather than the language of Aliput. That was what his fathers and mother always told him.

"It's better you stay here, where you will not be in danger my little light" his mother tells him and Aharon nods his head but he's not sure. Aharon who is not yet Niko wants to see everything - wants to swim in the shushan lake, wants to eat sweet noodles with rose water until his stomach bursts and eat skewered meat with flatbread with his friends in a quiet courtyard as they listen to a storyteller and sit on silk cushions. He wants to learn all that he can know and while he loves his family - his mama, his papas and his sisters there is something in him that wants nothing more than to spend his life wandering the world, finding out all that he can.

(What might sting later is that he will always wish to wander - he thinks Hashem may have placed it into his soul so he has tried not turn it into another thing he should blame himself for).

The day Sarai settles. That day had started out as a wonderful one. It is his new little sister Shoshanah's name day and there are rose water cakes for everyone and later that night there will be a feast with stories and songs and dancing. Aharon is not interested in the dancing but he is interested in the stories, especially those of his mama and grandmother - who both know so much of the world - their lion daemons perched beside them (Aharon remembers the comfort of those daemons, of his papas great dogs and it still pains him, even after so many years and he holds on to Sarai tightly, as she murmurs soothing words. They both miss them).

Niko who was Aharon has forgotten things, despite himself. The scent of the perfume his older sisters used on their skin. The exact way Shoshanahs hair curled. The colours of the tiles in the fountain outside their home. Whether the tree outside his bedroom window was a fig or an apricot tree. But some things, some things are all too clear despite how many years have passed.

He remembers deciding to sneak out, because the ceremonies were boring him. Remembers shucking the yellow he was supposed to wear, that all of the people in his quarter were meant to wear, to mark them out. For once, he had wanted to be free of it, to see what the world outside would look like.

Niko has tried not to think about what happened next. He had returned to nothing. To the dead. To the knowledge that a mob had swept through the quarter and that his family was gone (a plague, he finds out later - a plague that had been blamed on his people) and that, that was when Sarai settled. She's a bird - large and white with grey tipped wings and she huddles close to him on his shoulder.

Back then, he was a boy with no idea who ended up on the streets. And then he found himself somewhere worse. They bind Sarai and he will obey because he cannot have her harmed. The men who buy him, they are terrible but he cannot see a way out. Until, until, until. His power bursts out, in a great flash of light. The rest of it is not so flashy as that but it has made him lost - the past, the present and the future blending together in a mess of images and colours and sounds until there is nothing he knows.

The woman who saves him is a mage and is one of his people. She takes him, half wild and miserable and does not expect him to trust her and that, that matters. (It's why, years later he will not pity the children he rescues because they deserve far better than pity). It's her who asks him if he would like a new name, a mage name.

"Niklaren Goldeye" he says. "After you" 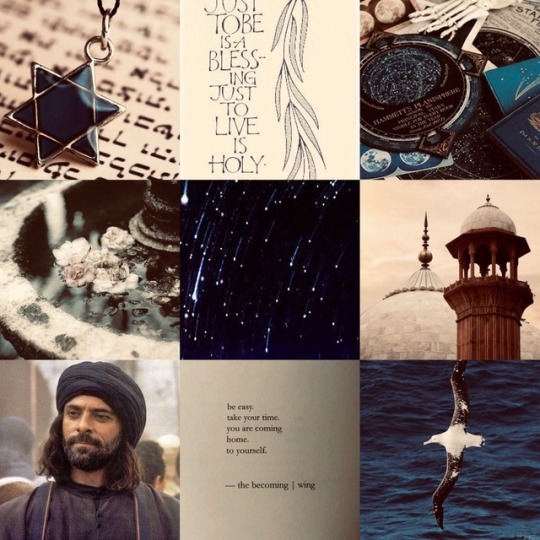