“I knew you were more cut out to be a housewife than I was!” Jennie teased her brother from across the table, which was surrounded by friends, both old and new, and topped with all kinds of delicious food, drinks, and desserts.

Jennie was visiting her brother over her New Year’s break from school. She was finally graduating in the spring, after a long and painful journey of self discovery. By her side was her boyfriend of a little over a year, Seokjin, whom she met while working as an assistant at Jimin’s father's real estate company.

After leaving her husband, Jennie had to swallow her pride and ask her brother to please help her find work, and he was more than willing to place her at their father’s company. She was only there for a few weeks before Jeongguk called to tell her everything their father had said to him in his office. Furious and disgusted, Jennie vowed never to step foot on anything their father owned ever again--not their family home, not his company, not even his fucking grave, if he didn’t apologize to her brother and mean it! It was Jeongguk, of all people, who calmed Jennie down--reminding her that he was still their father, the only parent they had left and had her hope for a day when he would realize his mistakes and finally be the loving father they always needed him to be.  But regardless of her brother’s kind and forgiving nature, Jennie still burned red hot with anger toward their cold and cruel dad.

Quitting on the spot, Jennie was in dire need of employment. She was already living with Gukkie in his apartment and, even though he insisted he didn't mind, her pride wouldn’t allow her to mooch any more off her brother.

That’s when Jimin came to her rescue, who called his dad immediately and after putting in a good word for her, Jennie began her new job as an office assistant at Park Realty Inc. the following week.

But her life wasn’t all sunshine and roses. For the first time, Jennie had to learn to stand on her own two feet. No boyfriend. No husband. No father, and after her brother left to live with Jimin in Seoul, No brother to help her navigate her way. She quickly learned that when she showed up late to work, she would get reprimanded--and it was embarrassing. She learned that 30 minutes meant 30 minutes and not a second more, when she showed up a few minutes late after taking her lunch break. And she learned that she didn’t want to live the rest of her life as an assistant and decided she would go back to school!

But until then, she needed to make this job work. First of all, no matter how small, it was the only income she had, and secondly, her friend had vouched for her, and she didn’t want to let him down.

So Jennie vowed to be the best damn office assistant she could be while finishing her degree. She had already completed three years of pre-medical education, but when she searched her heart, she knew she had only pursued that degree because Namjoon had. This time around she was going to study what she wanted to study. Setting her eyes on becoming an interior designer, she began to take evening and online classes at the local university.

It took about a year of Jennie answering phones, going on coffee runs, and cleaning bathrooms before she was finally able to prove that she had a knack for creating beautiful spaces and cultivating warm atmospheres, after she successfully organized the company’s 1st ever Christmas party. She had transformed their lobby into a beautiful winter wonderland with only the small budget they had given her. Mr. Park was particularly impressed and slowly began asking her advice on staging properties for marketing photos and listings. Jennie was thrilled to finally be able to utilize all that she was learning in school, as well as her natural gifting, at her work--giving her a sense of worth that she’d never experienced before.  And it was through staging a property for sale that she met Seokjin--a talented realtor, who was quickly rising among the ranks of top realtors in the country.

Jennie was in no way ready to jump into a new relationship, having just finalized her divorce from SooHyun after a year of separation. She’d heard a few months earlier, through some of her old high school friends, that Namjoon had married another doctor he met while doing his military service, and while she was surprised he had met and married so quickly, she was happy for him having found love, and it was just another step in her journey of letting go of her past.

It took another year of her and Seokjin working together on different properties, attending work functions, and just generally finding excuses to be around each other before they made their relationship official. The two of them made such a beautiful couple who not only valued each other’s strengths but were forgiving toward each other’s weaknesses. Jeongguk couldn’t have asked for a more considerate and perfect man for his sister.

“Don’t you mean house husband ?!” Taehyung rang out among peals of laughter and innocent teasing from the group of friends.

Wrapping his arm around Jeongguk’s shoulder, Jimin whispered into his lover’s ear, “Don’t listen to them Gukkie…”

Pressing his lips softly against Jeongguk’s, the room went still with the rare display of public affection between the two men.

After 3 years, Jimin and Jeongguk’s relationship was a symbol of strength and perseverance for their group of friends. After Jeongguk left his father’s company there was a time where he was at a loss for what his next step would be, but Jimin was resolute that he would support Jeongguk in whatever it was he wanted to pursue. It took a few weeks to move Jeongguk completely into his apartment, but once done, it was like the two pieces of an intricate puzzle were finally fit together--two pieces that were made perfectly for the other and took over a decade to finally piece together.

Also Jeongguk had begun to establish his own production company, which combined his artistic skills with his business acumen. It took time to build a good reputation and gain clients, but with Yoongi’s connections at Big Hit, he was able to produce some high profile projects. It was only recently that Jeongguk and his company had begun generating a profit and the years of feeling guilty that Jimin had to financially support him made him self-conscious and sensitive-- even though Jimin insisted that he was more than happy to support him because he fully believed that if Jeongguk focused on making his dream a reality that he would succeed!

And it was beginning to look like Jimin was right in his estimation of Jeongguk's inevitable success, which brought them to this very night. Surrounded by their friends and family, the group was celebrating Jeongguk recently signing a multi-million dollar contract with a top agency. Jeongguk’s company was finally taking off, and he wanted to share the joy with those he loved the most.

“Jimin! That reminds me. I brought you something that I want you to try on. Let's go to your room.” Taehyung practically shouted completely out of nowhere from across the table.

“Now?!” Yoongi responded, a puzzled look on his face at why his boyfriend suddenly needed to leave the table.

And while it was strange and random, everyone knew that “strange and random” were the norm when Taehyung was around, so after a quick shrug of his shoulders, Yoongi, along with the rest of the party, went back to chattering away… “So Hoseok, how’s the new group of trainees coming along? Any stars?”

“Oh my God Taehyung! Thank you! I kept trying to find a way to excuse the both of us from the table and couldn’t find the right time.”

“I could tell. Anyway, do you have the ring?”

“No, it's in the drawer. I didn’t want to accidentally drop it or do something weird by holding on to it all night.”

“Okay well go get it, and in the meantime let me get these papers organized.”

Jimin had his back turned while digging in his sock drawer for the case that held his and Jeongguk's matching wedding rings. He had wanted to marry this man since he was 14, and it felt like their time had finally come. His entire body was thrumming with excitement, but he’d never felt more confident about anything in his life: Jeongguk was his and he was Jeongguk’s.

“I’m signing over my half of the house to you, Minnie”

“You’re what?!” Jimin said swiveling his head around so quickly he almost pulled a muscle.

“This house. I want it to be yours and Gukkie’s.”

“But Taehyungie… we bought this house together…”

“Yes we did, but now I live with Yoongi, and we’ve established our own home. This place is yours. It's for you to start your family in.”

“Well at least let me buy your half!”

“What for? I don’t need the money. Think of this as my engagement present to you.”

Then holding back tears, the lifelong friends hugged each other tightly, knowing that no matter where life took them that the bond they had would only grow stronger. There were no words to describe the gratitude that Jimin had for his best friend. He only hoped that Taehyung could feel it through this hug and through their bond. 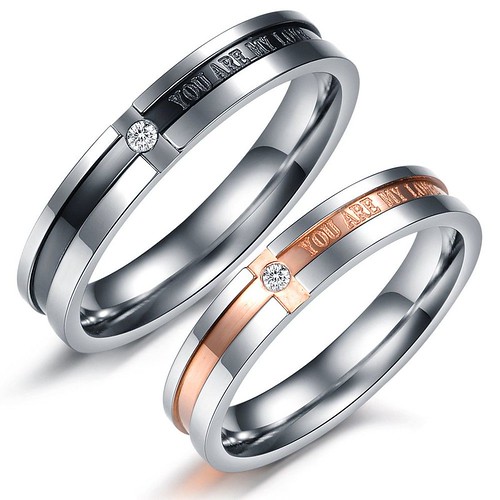 This ending isn't perfect, but I hope it provides enough closure for this story. Thank you so much to everyone who patiently waiting for this update.

Also, when I last posted we were approaching Christmas and life was moving quickly toward the holidays. Now, we are in a state of pandemic and world-wide lockdowns. I hope that each of you stay safe and healthy. I hope your families stay healthy.

Find me on Twitter if you need someone to chat with! I've also recently opened an IG @villamin_143. Let's be friends <3