An unknown disease has spread among the humans, turning them into a mindless bloodthirsty living dead and apparently magic can't help in this case. The worst fact is that the disease not only spread among humans but also to Fairies, Anti Fairies and the Pixies.

My first time writing something this long(for me) and continuous. I'm sorry if there is any grammar/spelling mistakes that I made and if you do see any errors please tell me in the comment

Chapter 1: The Beginning in Dimmsdale

It was a normal morning like every other days, Timothy (Timmy) Tiberius Turner, 14 years old boy wakes up from his bed. He stretch his muscle and bones *crack* sound can be heard. Although for a 14 years old boy his very skinny and underweight. He's also kinda short for his age. He stare at the clock on the wall it's 7.30am. It was Sunday so he doesn't need to go to school. He then change his view to his fishbowl apparently his Fairy GodFamily hasn't wake up yet.

He decided to go down to see what his mother has cooked for him for breakfast. As he went down he see no signs of his mother nor his father around. He sit on the kitchen table and he notice there's a note on the table.

We are leaving for a week to go on vacation with all our child-free friends on a cruise trip. We decided not to hire Vicky anymore as you're old enough to take care of yourself. We left you a 100 bill for you to buy your food

See you in a week, Mom and Dad.

He crumpled the note and threw it away. He sighed and decide to sit at the living room. He laid back on the sofa thinking about random things that happened lately;

-He still get F's for his exams mainly because apparently Mr. Croker took over the grade 9 classes as there was shortage of teachers.

-He's long time crush, Trixie has moved out of Dimmsdale six months ago. Her parents wanted to give Trixie a better education and growing environment.

-Tootie still has a crush on him, although he already told her that she deserve a better person. Mainly, the fact that he doesn't wanted to end up having Vicky as his sister in law.

-Also the fact that he's terrified because he think he saw Veronica drawing his face all over her textbook during history class last Friday.

-He misses the good old days, when Chloe and him shared Cosmo, Wanda and Poof. They wished a lot of things together and although he doesn't like Chloe at first, but as they get along together he has treated her like his own sister. He wish that Chloe is still here with them but two years back, due to her parents getting busy they are force to move to another city. It was the saddest farewell for all of them. Jorgen *poofed* to the farewell party and told her that she will be getting her own Fairy GodParent once she reached the new town and he erased her old memories with Timmy and their fairies.

"Timmy? Are you okay?" Poof asked sneaking behind him while looking around just in case there's any other human.

"Yeah, Poof I'm okay. By the way, my parents aren't at home and they didn't hire Vicky anymore" Timmy replied.

"You're parents, aren't home again? It's the third time for this month" Poof cried out

"Timmy, Are you thinking about her? Do you miss her too?" 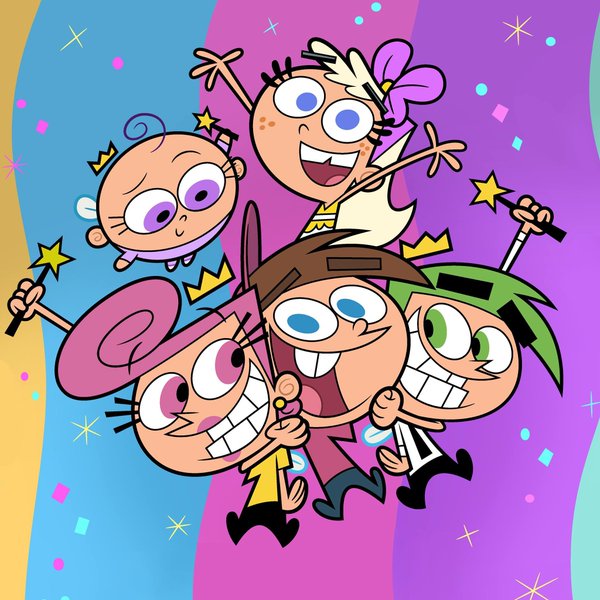 "Well, Poof yes I'm thinking about her and I do miss her. It's like without her our family doesn't feel complete" Timmy chuckle as he took out the photo they took before Chloe left. Poof floated nearer to Timmy and sit on his lap giving him a hug. "Thanks, Poof" Timmy said softly

Timmy turned on the TV, clicking some random channels until something caught their attention.

This is Chet Ubetcha here reporting the latest news. An hour ago, a few citizen of Dimmsdale have being spotted suffering from a weird disease. This disease cause them to turned into a brain-eater beast or for short a zombie. The doctors said there is no cure available currently and their team is working hard to make the cure. This disease spread through virus infection; so if you think you have been bitten by a zombie and currently feeling fatigue, headache, itchy skin, dry throat, high fever and shortness of breath. Please come to the hospital as soon as possible. This is Chet Ubetcha telling you beware of ZOMBIES!!!

The TV turned static after that.

Timmy and Poof hugged each other while screaming "ZOMBIES!!!"

"What happened, sport!?" Wanda asked as she when on to 'protective mother mode'

Wanda roll her eyes "This is why I told you boys not to stay up all night watching zombie or ghost movies" Wanda ranted.

Tears were running down from Poof's eyes "But mom it's real! It was on the TV News!"

Wanda then fly near the window pulling the curtains to show the boys there are no zombie walking around the neighborhood. To her surprised, she gasped upon seeing through the window. All the four hugged each other and screamed.

Zombies were wondering around the neighborhood groaning and growling. Timmy saw his neighbor Dinkleberg, his squishy belly had been torn open and it’s organs were dangling everywhere-- despite its still walking! Blood and guts everywhere! There seemed to be no life on his face. It was human, yet, everything about it seemed so … inhuman.

Timmy pulled back the curtains. "Can you guys wish them away?" Timmy asked as he's trying to calm down.

"I don't know, sport but we could try" Wanda said with hesitation.

"I wish the zombies was gone!!!" Timmy said loudly.

Cosmo, Wanda and Poof raised their wand/rattle but it deflated. Everyone in the room gasped. Wanda checks her wand and it seems to be okay. Cosmo and Poof checked Da Rules and the thing that stopped their wish it's because it says a godchild can't wish the the dead back alive and because they're already dead no wishes can be use against them.

Timmy was blurted upon hearing it and decided to go back up to his room and prepare to battle those zombies instead of waiting for their deaths.

Cosmo, Wanda and Poof fulfill Timmy's every wish and each of them were equipped with a bazooka as weapon.

So here's the first chapter. I know my English isn't that good that's why I'm here to polish up my writing skills