Until death do them part.

“Because, Will, even though we are officially declared dead, we are still quite famous all over the Internet; anyone could recognize us.”

“Oh, yeah, ´The Murder Husbands´... I should have killed Freddie when I had the chance.”

“Does the nickname bother you? I don't see it as inconvenient.”

“What are we, a version of Bonnie and Clyde? It's just ridiculous, like this look I have right now.”

Prompt 3, "Someone please write a thing where Will and Hannibal alter their appearances. Will could be all idk about this when he sees himself and Hannibal is just breathtaking like PLS."

Maybe something out of the character but I wanted to write at least one fluff story because I'm confirming you that 90% of my works are darks and angsty, depressive like me.

“Well, I must say I have no complaints, I'm fond of your aspect regardless of how you look.”

“Why, of course not. Although I must admit I'm going to miss your curls and your beard, they were the most distinctive part of you.”

“Sure, you will never complain because you always look handsome, whatever the changes you make. Always the same fucking dandy bastard.”

Will and Hannibal are in conflict. They say that with great times, there will be great changes; well, they took that pretty literally.

After the fall, the murder husbands vanished, no body was found but everyone assumed they were dead anyway; family members of victims who were once refined dishes, now they' re at peace; certainly, the same could be said of Alana and his wife Margot.

Hannibal is not immortal, he' s not even a God but he foresaw that something like that could happen. Almost by a miracle, he was able to escape from death and to rescue his partner at the same time. Their final move is to go unnoticed, to move away to a distant and unknown location regardless of the language or the weather; to start over... of course, ignoring the fact that neither of them would stop killing. There's not much to say, no excuses whatsoever. They know how they are, it's in their nature and they decided to accept it, embrace it in their own way.

“It'll be hard for me to see myself in the mirror every morning... Remember me why I'm doing this?”

“Because, Will, even though we are officially declared dead, we are still quite famous all over the Internet; anyone could recognize us.”

“Oh, yeah, ´The Murder Husbands´... I should have killed Freddie when I had the chance.”

“Does the nickname bother you? I don't see it as inconvenient.”

“What are we, a version of Bonnie and Clyde? It's just ridiculous, like this look I have right now.”

“People do enjoy tragic romances, Will, remember that. And I'll repeat it as many times as possible, you look good; something younger without a beard and with shorter hair. You've lost weight, we need to fix that.”

“I feel like you haven't made a lot of changes to yourself like I did. Maybe I should have bought you a long and blonde wig; maybe a fake beard, to add an extra touch.”

But Hannibal also made a change to his appearance as his fellow; the distinctive grey hair is now extremely dark and short, always well combed.

"I'd do anything for you, Will, but making a fool of myself is the exception."

“Are you sure? All right, close your eyes for a moment. Don't be scared, I'm not going to cut your throat. Not yet.”

Hannibal didn't hesitate to close his eyes, he trusts Will. Many times they joke about the assassination of each other, although one never knows to what point one might be joking.

“Did you take your time to buy this wig and this beard just for me? Why, thank you.”

“Wait! You still have to put the glasses on!”

"I must say, sometimes you surprise me."

Will and Hannibal have no idea what will become of their lives from now on; they are aware they may have to change their appearance several times, to move from place to place regularly, or that they may no longer be called one another according to their real names in public.

Of one thing they are certain, they are meant to be for each other, and they intend to be so until death do them part.

This would be the new appearance of Will and Hannibal: 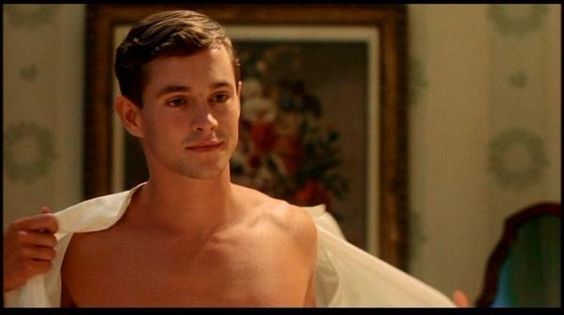 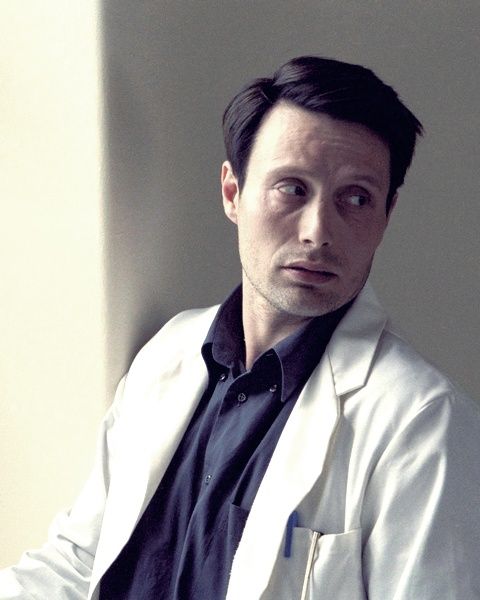 And this is the scene where Will puts the wig, the beard and the glasses on Hannibal:

I have noticed that many use italics for the thoughts of the characters, in my case, it is not the same. I use it in dialogues, you will never read a work of mine in which the thoughts are narrated in the first person. Sorry for the mix-up, it is hard to know more than one language and definitely the whole cultural thing keeps coming back to me.