my world goes soft (before the storm)

When his little sister's teacher is replaced with the young, grey-eyed Arya Stark, Gendry finds himself drawn to her in a way he cannot fathom.

(title from the song rainy day loop by SALES)

this was completely impulsive and completely based on this wonderful idea: https://gendry.tumblr.com/post/187939717793/barra-i-cant-believe-you-have-a-crush-on-my

i hope you guys enjoy this, it is quite short but i will work on it more

thank you for all the support fineosaur, this one is for u babe (and all the gendry gang)

Chapter 1: is this happiness? 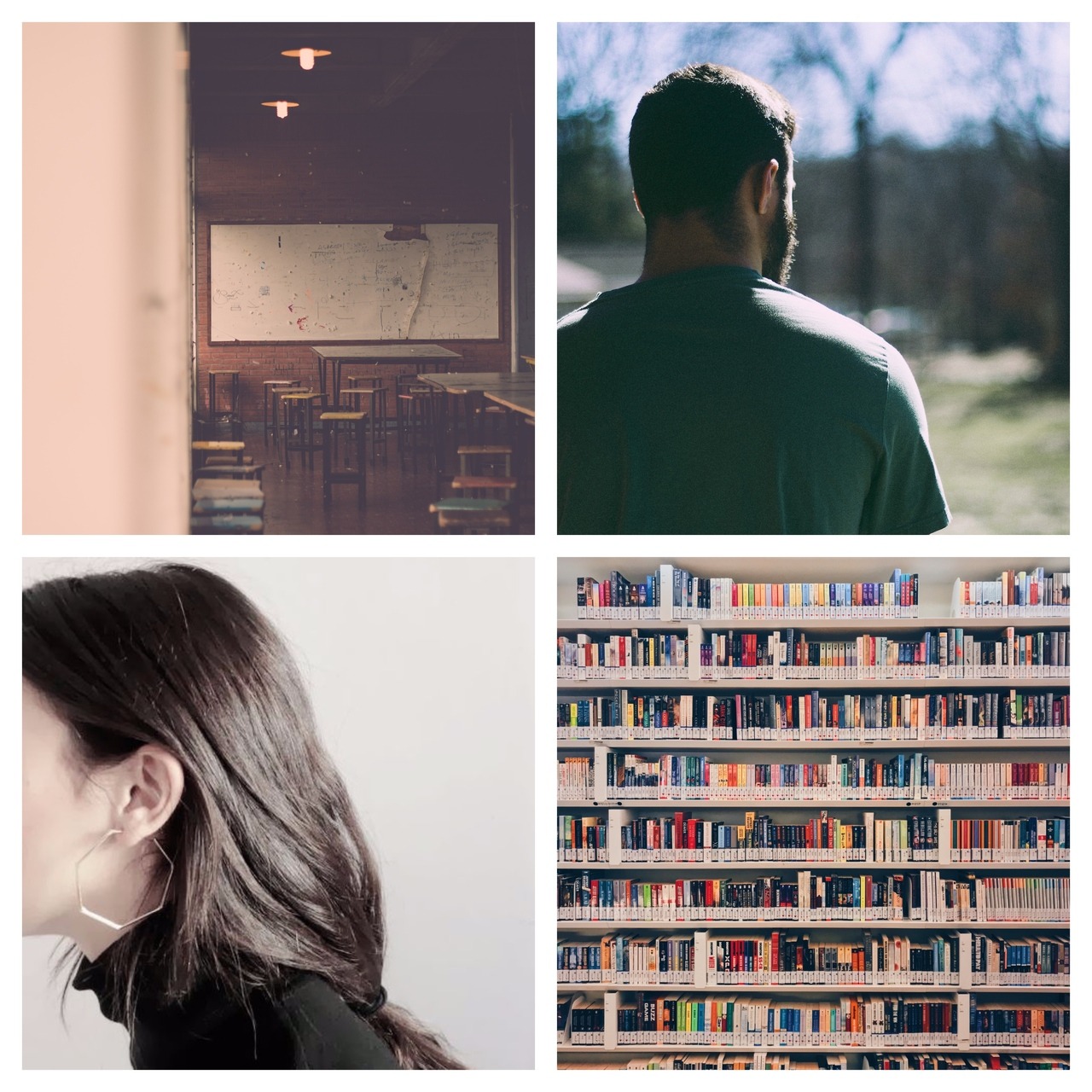 Arriving at Barra’s school felt like any other day; he’d wait a good ten minutes for her to finish talking with her friends and then she’d jump in his ratty jeep, talking about her day all the way back home.

He had heard of a new teacher in her school, one who was meant to be young and exciting, transferred all the way from Winterfell. He could tell his little sister was excited, she seemed much more motivated about school and the year ahead. It was a hard job, he thought, to be the educator of the younger generation and he just hoped Barra landed a good teacher for the rest of the year.

He remembered how each day Barra would sit in the car after school and complain about how their slightly occult teacher was too busy bitching about the man she tried to seduce over the weekend. Gendry was even convinced that the woman practiced the dark arts especially when he had come in for parent-teacher interviews and saw red and black posters lining the entirety of the classroom. Luckily, the school had enough sense to fire her it seemed, and Gendry only hoped that Barra could enjoy the last bit of the school year with someone who actually cared about her education.

He had wanted to be involved in Barra’s school activities from the very start so she didn’t have an inch of the life he had growing up; the boys mocking him when no one came to his parent-teacher interviews, constant taunting and reminding of the life he did not have. Of course, he was a bit self-conscious as many of the teachers at Barra’s school were aware that he was a single man, and some even went on to assume he was her dad. He could easily comprehend their misunderstanding as there was an obvious age gap between them but Gendry loved nothing more than being the father figure that his sister needed in the absence of an abandoning asshole.

He pulled back to focus as he drove into the carpark of Barra’s school; a quaint little primary school on the outskirts of Storm’s End where the pungent aroma of sea salt pierced his nostrils. Gendry thanked all the Gods he could utilise the help of his older foster dad, Davos Seaworth who loved Barra like she was his very own granddaughter. Looking at the schoolyard he smiled when he saw the child-grown veggie patch that he had been apart of too as well as the colourful mosaic he remembered lending a hand to crack old recycled tiles for the kids to paint and glue when Barra had been seven. He had enjoyed being in Barra’s life, after becoming her guardian when she was five, Gendry had made sure she had everything she needed so he could eradicate the stigma of being an orphan.

Barra was with her friends when he spotted her, and he waved to get her attention. Her face split into a playful grin as she ran up to him and pulled the car door open.

“Gendry, I forgot my art book, can you come with me?” she asked and he was slightly taken aback by Barra’s clingy behaviour in front of several of her school peers.

“Of course,” he agreed and got out of the car.

She led him to the hallway and they walked down together, the clacking of her school shoes on the linoleum almost made him smile. He liked his sister being happy, he liked her being youthful and skipping down the school hallway. Whoever this new teacher was already had his favour.

He walked into the classroom and immediately sensed an immediate change; posters were already stapled to the walls and the kids were all putting away their paintings on a drying rack.

“Hi Barra” a voice called and he turned around to be met with the prettiest set of grey eyes that shone right through his soul.

It took him a few seconds to realise she had addressed him and he hoped to all Seven Gods that he hadn’t been caught checking her out. She was young, incredibly young for a teacher but she seemed to carry a spark that he hadn’t witnessed in the majority of Barra’s teaching staff for many years.

“Oh… Hi,” he managed and watched her smile.

He hadn’t seen this woman before; not with her small frame and youngish looking face framed by a messy low ponytail of dark brown hair. She had a light in her eyes; the kind that gleamed with a type of kindness that he was instantly drawn to.

“I’m the new teacher, Miss Stark,” she introduced herself, holding out a hand to shake.

He accepted it immediately and noticed her grip was extremely firm for her small size.

“Gendry Waters, it’s nice to meet you,” he smiled back and noticed the freckles that dotted her nose, “Yeah, Barra’s my girl. She’s been excited about meeting the new teacher. Hasn’t stopped talking about it all weekend.”

He turned around to see his sister still busy at work; swirling the paints around with a well-worn art brush.

“She’s been nothing but lovely today, she helped me find all these art materials,” the teacher announced, gesturing to the assortment of acrylic paints and brushes, “It was honestly horrific to walk in here before class, whoever must have been in here must have been a devil. Everything was so…”

“Red?” Gendry raised an eyebrow and felt his teeth grit, “Yeah, I heard that teacher was a nightmare. She even had an extremely suspicious name.”

“That’s the one,” he nodded and watched Barra get out her black sketchbook.

"She sounded like a proper psycho," she laughed and looked around the classroom, "Poor kids."

“I just started off with some art today, just to spruce the place up. I’ll probably start with some Common Tongue and Mathematics tomorrow. I’ll see how it goes,” she said and moved to the whiteboard to clean it.

“If it’s anything interesting, the kids will love it for sure,” he smiled at her and she let out a soft laugh.

"We'll see how long until they're calling me boring too, Mr Waters," she smirked and he had an inkling that she cared little what people and kids, in particular, had to say about her.

"I highly doubt that," he said, looking at her.

“Ouch, sorry, I guess I’ll see you at parent-teacher interviews!” he called out before his sister dragged him out.

“Yes, you will,” he heard her say before he was being marched down the hall.

Once they got back into Gendry’s car, Barra folded her arms against her chest and gave him a judgemental look.

“What’re you looking at me like that for?” he asked, raising an eyebrow as he started the car and pulled out of the chaotic carpark.

“You were suspiciously nice to my teacher,” she observed and he scoffed.

“I am nice to your teachers,”

She raised both brows in disbelief.

“You told my old teacher that she was, and I quote, ‘a crazy-ass witch’,” she air quoted and he shrugged his shoulders.

“Then I don’t see what the problem is little sis,” he smiled, moving his hand to ruffle her hair, “I can be nice when I want, you just have extremely low expectations of me.”

Gendry ignored his sister’s attitude and focused on the road which did little to his wandering thoughts about a pair of grey eyes.