Wow, The Beast is back. Probably.

David Dunn touches Casey and doesn't like it, but, you know. Who would, with his powers? 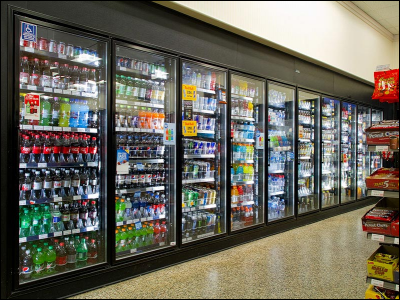 Post-job cleanup and after disposing of the duct tape on the soles of her shoes, Casey walks towards the bus stop. On her way there, she stops at a gas station to buy an energy drink for the night—she’ll have to cram for her test tomorrow for one of the online college courses she’s taking. The convenience store is glaringly lit on the inside, TV in the corner blaring some sort of game show she’s never heard of before. There is one other person in the store besides her and the clerk, and he is an older gentleman browsing through their exorbitantly expensive aisle of desperate last-minute TV dinners.

Her poison of choice is one of the refrigerated cans, and she goes for a big one as she swings the small frosted door open. Her ears prick instinctively as the energy of the TV show changes, the clapping and shrieking of the contestants replaced by a news anchor’s urgent, solemn report.

“…when the authorities came upon the scene. Eye-witnesses state they’ve sighted activity that matches the modus operandi of—”

Casey nearly jumps out of her skin. The older gentleman had slipped beside her, reaching for a bottle of soda in the frosted compartment beside hers. Her left hand is still on the door handle, right arm outstretched, hand touching the can of energy drink and in the process of lifting it out of its slider.

“I’m sorry?” she asks, trying to pay attention to the man while simultaneously attempting to comprehend the newscast.

The man is tall and wearing a raincoat, the lines on his face indicating some years of wear and tear. He isn’t old, per se—just wizened, it seems to Casey, but that doesn’t stop her from tensing. How had she not heard him? Is she that exhausted, that she is suddenly unable to pick up on strange older men closing in on her space? That was kind of her thing.

Her peripheral vision slowly darkens as he says this to her, as though blinders have been placed on her head. His own eyes are on the television, an incredulous smile bleeding across his face.

When she doesn’t answer, he nudges her as though they are old friends, gesturing to the television in mock frustration as though the game show were still on.

“Crazy stuff out there, thinking someone would want to open people up and eat their insides. I don’t know what’s going on with the kids these days. Maybe it’s the bath salts.”

“As you can see,” Susie somberly states into the mic she is holding, “there’s evidence that these teens have been here for days prior to discovery. We have the warehouse owner here now with some additional information. Mr. McCormick, how have you just today found the bodies of these innocent teens, and what's the situation inside?”

McCormick looks to be in his late sixties, with black hair and a blacker beard.

"Howard, please." It's an automatic response. He has his hands on his hips and gestures with his paunch as he speaks. “I don’t visit these warehouses often; occasionally I’ll find runaways and transients squatting in the ones I padlock but the rest’re usually locked up tighter’n a sardine in a tin can. I can only assume someone very strong or very determined, or both, would have been able to break into and use this particular building, and I do my rounds for these ones maybe once a month. The place looked lived-in, but only for a while, like they weren't stoppin' for nothin'.” There’s a pause here as he seems to be gathering his bearings. “God those kids. Those poor, poor kids. What a waste.”

The camera sweeps over as much of the inside of the building as they are able to until a cop comes at them with his hand held up in an attempt to shield the crime scene from the general public. Casey is able to catch glimpses of chains and ravaged clothing before the wind is sucked out of her and she begins to feel the panic attack come on.

She lets it happen without resistance as this is the best way to handle it according to her therapist, and her body slowly turns towards the television, vision blurring and all sound fading. Her right hand comes away clutching the energy drink and that’s all she can feel besides her heart thundering rhythmically, pounding into her forehead like the wind of a tornado. She’s only vaguely aware of someone putting a hand on her shoulder, taking it and shaking it a bit in an attempt to call her attention, but all she can do is stare at the television, seeing without seeing. Her hearing begins to return, murky and muddy, as though she is drowning and someone is screaming a lifeline to her that she can’t seem to grasp.

“…the Horde, I tell you, it’s…” is the only thing she can decipher before everything fades back into muffled white noise.

She feels the fight or flight response clawing at her insides. The can is cold and wet and heavy, and she slowly looks down to focus on it as the rush of fear courses through her, forcing her body to shake, sweat forming on her brows. The can comes into focus, and all she can see is the massive green “M” on it. Below, in white lettering—slowly sharpening in her vision—is the energy drink’s brand. She can’t seem to think of anything else but that word over and over; it smashes and writhes through her brain like the bells of Notre Dame, swims in her vision like a shark towards its bloodmeal, takes her and shakes her and never wants to let her go. 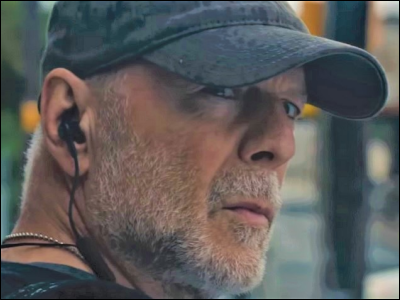 David Dunn didn't mean to touch her. Okay, so he wanted to, to confirm his suspicions, and this is the perfect time to do it under the guise of trying to make sure she's okay, but right before he touches her he realizes he actually does want to know if she'll be okay more than he wants confirmation of who she is.

He sees her, in a cage, with a shotgun in her hands. He sees her fire it twice, into impenetrable marble--no, flesh. Impenetrable flesh.

She's sucking in air like she's drowning in a sea of pain, and David knows a panic attack when he sees one. Audrey has them sometimes in the car when Joseph peels out of the driveway with her. Hers are always short and less dramatic than what he's witnessing now, though.

Casey is sweating--because hey, let's face it, no need to beat around the bush anymore, he knows it's Casey Cooke--and she's staring down at her energy drink like it's a snake she's just accidentally picked up.

David very slowly reaches his hand, palm splayed in case she is watching to show her the hand is harmless, toward the energy drink. One of his fingers touches it, then a moment later another one does, before he finally has his hand wrapped around the top of the can. He tugs very, very gently, easing it out of her hand, treating it like a live incendiary he's attempting to diffuse.

"Hey look at me. Are you ok?" His words are soft and barely above a whisper--she's a doe in the woods, and the treading must be light.

After a moment or two, Casey blinks rapidly, her chest stops hitching and her arms stop trembling. She's self-aware enough after panic attacks to be alert as she calms, and as she winds down, her body feels like it's run an ultra-marathon. All she wants to do is go home and hide under the covers, willing everything to go away.

Her eyes flit back to David, and she nods.

How has she survived until now? How is she not in jail? How have they not caught up to her? How did this happen? Why did she start doing this? She's not well! How could she think doing things like this would somehow make life better for her? Wasn't this just a selfish endeavor, something that made her feel better? Wasn't she just kidding herself thinking that others would actually benefit from what she's been doing?

"That's a pretty bracelet," David says, trying to get her to think of something other than whatever she's thinking of right now. He can see the cogs in her brain turning, turning, turning, and whatever thought it is, it can't be good.

Her eyes are a storm, turbulent and dark, and they dart towards him. She blinks once, twice, then straightens herself, pushing her doubts away--for now, at least, until she gets back home. Taking a deep breath through her nose and releasing it slowly through her parted lips, she nods once at him as silent acknowledgement and makes her way towards the door.

"It has a matching necklace," she quips without turning back.

Not one to skip a beat, David calls her back. "Hey."

She glances over her shoulder, pausing only when she opens the door.

He pays the curious cashier for the energy drink and then tosses it under hand to her. She turns her body completely to catch it without thinking and he winks at her. Regarding him and the can for a moment, Casey raises it to him in silent gratitude, then all but flees out the door. He'll have to start tailing her here shortly, see where she lives, where she works, what her situation is. From what he saw in the brief moment he touched her, she's been through a hell of a lot in her life, and not only lived it but was reliving it in her dreams. Dreams of real occurrences occasionally cloud his touch, and from the nature of the vision, they were recent.

Which, of course, only makes complete sense. She is, after all, Casey Cooke. And maybe, just maybe, she can bring him to The Horde.

In fact, he's counting on it.

"What the hell was that about, dude?" the clerk asks, looking at the door she ran through as though it had sprouted three arms.

I used some artistic license with the whole "dreams occasionally clouding visions" thing. I didn't want David seeing what she was up to lately so I had to improvise a bit.