Casey lies in bed feeling sorry for herself. Feh.

Also, Dennis is dirty. Fix it! 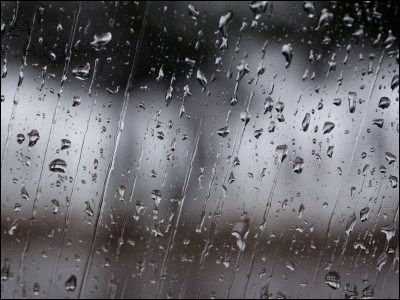 Her bed is simultaneously a pocket of warmth and comfort, and a cave of deep despair. There’s something wrong with her, she knows it, and she can’t help but feel like it’s The Horde’s fault she is the way she is now. Trauma changes people—hell, all you have to do is look at The Horde to know that.

Seven. That’s her kill count. She’s killed seven different people in the last year, and a part of her argues that those were not people, they were aberrations, they were dangerous fiends in the night that stole away the sun from all those they should have loved.

If that’s the case…they really are the same.

Tears are still streaming down her cheeks. She has been crying for hours, her face swollen and bloated as a testament. She changed into her pajamas and fell upon her bed as soon as she arrived at the apartment, covering herself completely with her blanket, curling up tightly in on herself, and she has not moved since.

The wind howls outside of her window, and she is grateful for it—it drowns out the murmur of the TV he keeps on, possibly for the company, possibly to drive her insane. She’s unsure which. Maybe both. The storm outside appeared suddenly, like the one currently in her insides, churning and whirling and dancing with a devilish glee. The one outside is an early autumn storm, bringing with it the sorrowful song of a summer mourning.

In that same vein, Casey mourns for herself. Not only has she been able to dispatch of seven abusers, the abused of which may or may not be better off for it, but she has been unable to rid herself of her own demons, one of which currently sits on the living room recliner.

There is a familiarity in chronic pain. One begins to think that that’s all there is. One gets used to it, and cannot imagine life without it. Imagining her life without John is like willing someone near-sighted to make out words from across the room—it’s a vague shape, but nothing comes into focus, so their attention falls elsewhere.

Her body stiffens and her ears strain—did he just call her? Should she get up and check? Or is that the wind?

She lies very still for a moment to assess. She stops breathing to listen more intently, and even the tears stop falling from her eyes.

After a while, she relaxes just the slightest bit. No, that's the wind—he’s likely fallen asleep eating the dinner she prepared for him this morning. He wasn’t expecting her home until much later today, and quite frankly, Casey hadn’t meant to come home until much later. Her evening at the gym had been kicked in the nuts by the panic attack that assailed her earlier.

Her thoughts flit back to the news report, and she takes her phone from the back pocket of her pajama bottoms without unearthing herself from her blanket burrito. She hasn’t searched his name in ages, but when she begins to type it into Google, there it is in her keywords. Clicking on it brings her to several pages of drivel; The Beast had spurred the start of some sort of cult that somehow worshiped him and The Horde, though from what Casey could gather they were just a bunch of lonely teenagers and middle-aged radical nutcases posting vlogs about something they knew nothing about.

She clicks on the most recent news article and skims just enough to confirm that yes, they did find what was left of the bodies of five teens in that warehouse and yes, they had been eviscerated and chewed on by “(an) enormous animal(s)” to the point that there were barely enough remains to run dental records. Which they have not yet done. The article mentions The Horde just once as an off-handed reference but doesn’t suggest either way if they believe the incidents in Philly, though years apart, are connected or not.

Shoving The Horde to the side of her mind for a bit—and it’s an incredibly difficult thing to do—she texts Heather Morales, her therapist.

It’s Casey. I feel stupid, sorry if it’s a bother, but those teens found in that warehouse are giving me flashbacks maybe? Had a panic attack.

Heather knew about most of Casey’s life, save for the tiny part about her uncle. There were moments where Casey would decide to go over it with her but then deviate from the subject. This happened several times, and without fail, she’d change the subject each time. She’s had enough therapy at this point to understand that it’s likely because the cops refused to focus on her problem with John when they interrogated her about her kidnapping, and that’s got her hung up and unable to talk about it again with anyone.

The vibration of the text coming in from Heather startles her and she drops the phone on her face.

Rubbing her forehead, she picks it back up and sends Heather a thumbs-down emoji. She would rather not talk with anyone right now, not with her uncle just one room away and in potential listening-distance.

The indication on the bottom left of their chat that someone is typing pops up. Casey waits.

It’s totally natural for you to feel this way.

The indicator pops up then disappears several times—Casey knows it’s Heather hating her phone, and that she’d rather talk to people than write to them. Casey writes her own message.

She sends it at the same time Heather’s message comes in.

Wanna have coffee tomorrow, 10a? We can do an early sesh at Cuppa, make it casual, grab some lunch after.

Yes. All the yes. Thanks.

Heather sends back a thumbs-up. 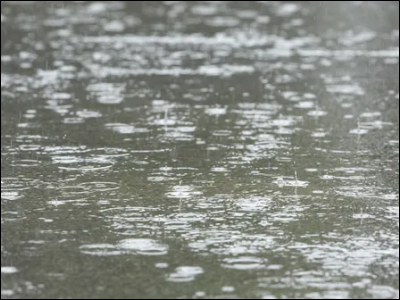 It's raining, and it's cold, and it's making Hedwig whine. Those are not the only things on the very long list of Things Dennis Needs to Talk to Barry About. Barry is hiding, somewhere, and Dennis can't seem to find him right at this moment--but that's honestly not as important as the fact that They are kneeling, naked, in a muddy ditch as rain torrents down on Them.

Dennis coughs, sputters, turns and falls on his face. The mud surrounds him, and for a fleeting moment he panics at the overwhelming unsanitary conditions and retreats. Then Jade is thrust into the Light, and she is screaming and grunting and oh-so pissed off.

"Barry! Dennis!" She is screeching. "Dennis come back here you piece of shit!"

She pushes back and it's like giving birth backwards. Everyone is trying to keep her in the Light so that They don't have to be the ones to deal with the mess that's happening.

Oh for goodness' sake! Patricia yells. She snatches Jade out of the Light and the younger woman is only too eager to give up the spot.

Patricia sits up in Kevin's body, noting that there is mud in all the nooks and crannies that Everyone knows and does not know about. She flicks mud off of her arms, instinctively covering her bare chest as she glances around Them. They are in a mud pit in the middle of what appears to be a construction site, the wind carrying with it the scent of metal and rust. Their body is absolutely covered in mud, but the rain seems to be washing a bit of it off as it pours from above.

Well, this is quite a mess indeed.

"Hedwig," Patricia calls out loud. "Hedwig dear, I need you to tell me what's happened."

Miss Patricia, Miss Patricia, The Beast ate some Sacred Food and then he went to sleep for a little, and then when he woke up he went to go huntin' but then the rain started, and he said we were back home, but is that true because nothing looks the same to me, and I have a very good memory Miss Patricia, I can remember what we ate like a year ago, et cetera--

Patricia stops listening and keeps her thoughts to herself. When The Beast wants to be alone, he always gets what he wants...except when he doesn't. Because Hedwig is always there, unless Hedwig chooses not to be. That little boy is a wonder. She closes her eyes at that. She searches inwardly for Barry and does not immediately see him, so she begins to search for Dennis. There he is, that ingrate, sitting in his chair composed and orderly. Clean.

"Mister Dennis, please take the Light," Patricia says out loud. It is not a request. "I need to speak with Hedwig and We need to find shelter and some clothes."

She feels Dennis resist, then feels that resistance deflate almost as soon as it comes. Finding somewhere warm and dry to protect Them from the elements is his job. He sighs very deeply and stands up from his chair, and Patricia surrenders the Light to him. No one seems to want to share it, of course, not when things get too hard or too complicated. That's what Dennis is for.

He takes a moment to steady himself as he feels the rain on his upturned face, his arms falling from his chest. Opening his eyes, he assesses Their surroundings, finds a good foothold for Them to stand up on, and does his best not to cringe as he shoves the mud off of his thighs and nether regions. Standing up has helped the mud situation some, and he stands there for a moment, letting nature cleanse him as best it can. He can feel the saliva coating his tongue as the body prepares itself to vomit, but he swallows it back and clenches his fists against the urge. They are clenched so hard that his arms begin to shake and his breathing begins to grow ragged.

He shakes his head. No, he needs to protect Everyone. He needs to get Them someplace other than here, where They are vulnerable and bare-ass naked. He needs to fight. He works through the agony rippling through his body that's caused by keeping himself from just tearing his skin off with his own teeth. The image of him doing it to himself plays over and over in his head until it spins itself raw and finally dies down into a low hum of nothing. His fists continue to clench and unclench as he steadies his breathing and tries to match its rhythm with the beating of Their heart.

His first thought when he calms down is that They shouldn't be here.

Hedwig was right, They are back home, back where everyone knows and recognizes The Horde's face. He'll have to lay very low if They want to move around the city in any noticeable capacity. Even an Uber could be a dangerous way to get Them all shot and killed. So bus it is.

"Casey," he breathes. It's an absent-minded whisper, but it gets the attention of Jade, who jeers and mocks her name at him before he is able to block Them all from the Light.

Now he is alone, and wet, and cold, and muddy, and thinking about her.

He snaps himself out of the reverie and plans a route through the mud towards the beginning of the woods fifty feet away. He can navigate where to get clothing and find shelter once there.

Sorry about Casey's pity party, it had to happen at some point so I just got most of it out of the way. Don't get me wrong, there will be more later, but this will be the most angst that will pop up all at once about this specific subject.

I love Dennis so much, you know? He deals with so much crap. But mostly mud.