Barry is back and sees Casey across the street.

Casey, on the other hand, wants to throw coffee in Heather's face by the end of it probably. 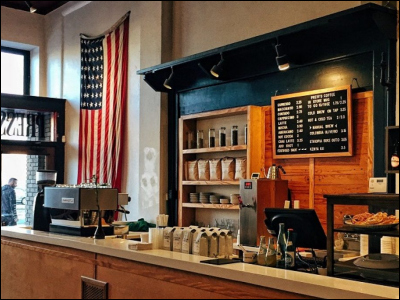 Barry wakes up and it’s dark. Not that it’s changed from when he was last awake; The Beast had been prowling at that time, and any time that’s the case it’s all he can do to keep from being completely suppressed and plunged into a semi-catatonic hibernation.

At this rate, he doesn’t know if it’s night or day anymore. His circadian rhythm is fucked, and he is more than just a bit irked by the fact.

Barry didn’t suddenly exist just so he could not exist anymore. And frankly, the longer The Beast is out there alone, the more likely it is that he’s feasting on some poor unfortunate schlub. This is the longest amount of time The Beast has spent “alone”, and it worries Barry to no end.

Not that he’s able to take the Light even if he was able to see it. His ability to take it has waned quite a bit since Dr. Fletcher’s death and Dennis’ impersonation of him, which had felt like some sort of blatant violation of his soul.

He tries to reach out to the Light, projecting himself forward, but is blocked by an all-too-familiar barricade—Dennis. It must be. Barry’s eyes dart to the clean freak’s chair. Empty. He thought so. The Beast must be back in the Train Yard, slumbering off his flesh-induced hangover.

Barry’s stomach, if he had one at the moment, would be twisting in knots at the thought of how many They may have gotten to this time.

Then suddenly he’s pushed forward, bathing in the Light, blinking bewilderedly at some college girl that’s batting her eyelashes at him. She was cute, but definitely not Dennis’ type—he rode the wagon a little younger than Barry thought was morally right—and that explains why he is where he is now.

“So what are the digits, girl?” he asks without skipping a beat, and she hides her smile behind her hand as she absently chews on her pen cap. Going for it, she reaches out and writes her number on the palm of his hand and she breathes a little laugh as she walks off, hugging her textbooks tightly to her ample chest.

Barry immediately loses interest as soon as she is out of sight because why the fuck is he here and where the fuck is he and how the fuck did he get here and my god is this fucking plaid he’s wearing? Fucking outrageous.

“This is some bullshit, Dennis,” he says under his breath, takes his coffee—or, he assumes it’s his coffee?—and leaves the café. The streets are wet and the sky is a bit weepy but not enough that he can’t walk in it.

Other way, degenerate, Dennis growls, sharing the Light with him.

Barry stops in his tracks and rolls his eyes. As though he knew where They should be going. He continues to walk without turning around. He had the Light now, and fuck Dennis if he was going to tell him what to do. He hasn’t stretched his proverbial legs in such a long time, and it’s a fresh feeling.

What country prick did you steal this off of, Dennis? Barry thinks at him, looking down at the open plaid button-up and A-shirt underneath it. He wears khakis on his bottom half that are made for a man with a much larger waist than They have, and while it doesn’t look necessarily out of place with the belt They have, Barry feigns a vomiting action and takes a sip of his—is this chai? Chai tea, apparently.

It’s all I could find at the time, Dennis says defensively. You want to play fashionista, find your own clothes to steal.

Passing a trash can, Barry casually drops the tea into it and strolls on by. That was most definitely not Theirs. Dennis takes coffee, black. Someone is missing their chai tea back there at the Cuppa.

He is, at least, wearing a fine-looking beanie. Fine-looking, not good-looking.

Lose the beanie, we need a real hat with a rim. Dennis’ voice has a serious note in it that makes Barry think twice about exchanging venom with him.

Barry has been Away so long, and it’s given him a bit of a bitter taste in his mouth. Taking a breath, he lets the bitterness dissolve into an unwavering resolve. They need to somehow either make it out of the city unscathed, or change Their outward identity almost completely if They are going to stay.

Maybe he should grow hair.

He can feel Dennis twitching a little and Barry nods.

Yeah, They’ll grow some hair. First though, he’s going to have to earn some money. They’ve been homeless before, and Barry would rather not have to resort to unsavory means to earn it. Last time They did that They—

It’s a slow sort of realization that dawns on him as she passes by on the other side of the street heading towards Cuppa. She is…stunning. He almost doesn’t recognize her—she holds her body differently and her gait has changed. Her hair is the same, though—she’s kept it long, and Dennis shudders, stepping away from the Light as far away as he can while still being able to share it.

She glows like heated glass does while it’s in the kiln being molded into something beautiful.

Barry stops walking, letting her pass on the other side without interruption. Dennis is oddly quiet. Well, Barry supposes there’s nothing necessarily odd about it.

My word. And it’s Patricia, whispering in his ear. What an utter transformation.

WHAT?! WAS THAT CASEY WHY DIDN’T ANYONE GET ME GO GET HER BARRY PLEASE ‘N THANK YOU! Now Hedwig is putting his two cents in.

Hedwig, she’s not going to want to see us, we were not very nice to her last time she saw us, Barry thinks at him.

Oh yeah The Beast tried to eat her I remember now, but we can be nice to her and be her friend and then maybe we can play some video games with her, Barry do you think she has video games at her house, like Mario Kart and Zelda and Pokemon? Hedwig is working himself up far too much.

So, with a strangely heavy heart, he does. 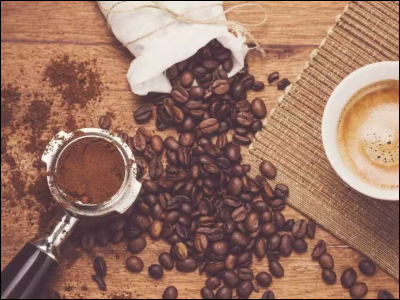 Casey is late to her appointment with Heather but realizes when she gets there that Heather isn’t even looking for her yet. In fact, she’s standing at the little nook she’s chosen to occupy, her hands out, palms facing the sky in confusion.

“Hey.” Casey slides into the little nook and tosses her purse—which is more of a messenger bag—onto one of the cushions.

Heather frowns and sits back down. “Hey,” she says, her face scrunching in confusion. “I can’t find my tea.”

Heather is a larger woman, but very able-bodied, and Casey has seen her out-maneuver much thinner people up and down stairs and barely break a sweat after ten flights. She has very dark brown, pixie-cut style hair, olive-colored skin and starkly powder-blue, large doll eyes. While being a bigger woman, she’s quite short, topping out at about five-foot-one.

“What happened?” Casey asks, raising her eyebrows in question.

“My tea. I went to the bathroom and it’s just gone.” Pondering this for a second, Heather shrugs and focuses on Casey, flashing her a smile filled with warmth and love. “Anyway, whatever. Tell me what’s going on, Casey, what’s been eating at you?”

Casey takes a breath and places her hands on the table in front of her, palms flat against the wood to avoid their trembling. “Have you…you’ve seen the news, right? About those teenagers that were found in that warehouse?”

Heather nods, her face open and inviting. “Yes. It’s incredibly tragic. Tell me what’s going on in your brain about it, Casey. Do you want any coffee?”

Casey shakes her head no. Her stomach is tight and burning, and she doesn’t think caffeine will help her right now. She’s probably giving herself a stomach ulcer as she sits here with all the anxiety.

“Well I was at a gas station and it was on the news, and there I am in the middle of the store having a panic attack, feeling like I’m choking on my own lungs. I didn’t think I’d ever have one in a public place, but here we are.”

They talk at length about what happened, and Heather gives some input on how to better manage a public panic attack between pieces of conversation between the two. Casey always feels comfortable talking to Heather as though she is a sounding board rather than Casey being some clinical case Heather must solve.

“Are you afraid that he might be back?” Heather asks.

Casey pauses at this question, because she has honestly been mulling over it almost every moment she has been conscious since her panic attack. Is she afraid? Not really. Is she worried? That may be a better word for it. The panic attack is associated with the incident, but she doesn’t think it is directly linked to Kevin himself. She explains this to Heather. The Horde, on the other hand…

“The Horde is a title that is ambiguous and impersonal,” Heather reminds her. “The Beast, that’s a title too, remember. Deep within him, he’s just Kevin Crumb.”

Heather doesn’t really buy into the whole DID phenomenon, but she understands those that do. It can be a desperate reach for a person that has no other options but to try and be someone else, even if just for a little while.

“You know how I view Dissociative personalities.”

“I know.” Casey breathes deeply, seeking comfort in the smell of the coffee around them. “You think he’s just fading away and allowing himself to be someone he’s not because he doesn’t want to deal with reality.”

Casey can’t agree with that theory. She knows what she saw, she looked into different eyes, different pains, different abilities, different beliefs, different souls. The Beast climbed a wall right in front of her. She shot him, and the fragments did not pierce his skin. He bent iron bars to try to get to her before retreating from her purity.

She stared into Kevin’s eyes as he pleaded with her to kill him.

“You don’t believe that trauma has actually fractured his mind enough to create fully functional personalities to deal with various situations. You think he sees all and remembers all and just pretends.” Casey’s eyes sting as she remembers Kevin’s face, a portrait of torture and agony.

“No, I don’t think he remembers all. I just think that he chooses not to, and his belief is strong enough that it works.” Heather tilts her head in empathy.

Casey’s nostrils flare. This is where she and Heather disagree on a vast level. She’s had this conversation with Heather before, though, so she backs down and slings her bag strap over her head, her black windbreaker crinkling at the movement.

“Do you still want to do lunch?” Heather asks.

“I’m not hungry,” Casey lies. Heather looks concerned but decides to allow her the choice.

“Yeah.” Casey smiles tightly and leaves Cuppa, a troubled Heather watching her through the window as she goes.

That girl is going to get herself in trouble, she thinks. God, please allow her some peace.

Yes, Heather is religious, and probably not a good fit for Casey therapist-wise considering her views on DID.

It kind of kills me that they were so close and yet so, so far, but I kind of love the tension and the yearning tbh. Sorry if it's frustrating!