Chapter 39: Father of that which is animal. 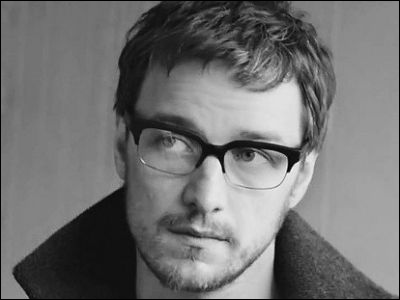 Hedwig, take the Light, Barry thinks tersely, and he recedes, searching Dennis out on the inside. Barry feels big, and as he approaches Dennis in his chair, Dennis uncrosses his arms and stands—usually when this happens, Barry feels smaller next to him, but now his height doesn’t mean a damned thing, and there’s a bit of hesitation that flickers across Dennis’ face.

“Tell me,” Barry demands. “Tell me what happened between you and Case at the Abington house.”

There’s silence on Dennis’ end, and then a flash of guilt in his eyes, but he crosses his arms again and regains his composure. “There’s nothing to tell,” Dennis states. “You got Us drunk, and she and I did some things that are none of your business.”

There’s a silence at his confession that’s so thick someone could cut it with a knife.

“I do care about her,” is all Dennis says after a while.

Another silence as the two men face each other in the headspace, neither able to find words for the other.

“Not like I do,” Barry says finally. And maybe that’s true. As far as Barry is concerned, having to deal with the brunt of the emotional abuse in Kevin’s life has made him understand that there are different kinds and different levels of caring for another person, and if Dennis cared like he cared then it would be more apparent, wouldn’t it?

“Maybe not,” Dennis says, shifting his stance. “But you’re the one that told her you weren’t a one-person deal. And this was before you two made lovey-dovey again, so you don’t have a right to be angry with either of us.”

Maybe that’s true, too. Still, it doesn’t stop the flood of emotions Barry is drowning in, and his heart has an unbearable ache that makes his breath hitch (though there’s no air he needs to breathe here) because of how fresh this wound is. He figures this is silly, that they have other more important things to worry about, but that hurt, that twisting dagger in the back of his spine, it’s so palpable that he can almost physically feel it even in the headspace.

Dennis is right. He doesn’t have a right to be mad. But fuck, is he mad.

Dennis is clenching his jaw, and for some reason he feels tore up inside. It’s like something precious has been taken away from him, and he can’t live without it, but will have to learn how to now. He feels like there’s a small storm violently whirling in his stomach, destroying everything he holds close, wreaking havoc against his thoughts.

Barry isn’t the only one in turmoil.

“Hedwig, give me the Light please,” Barry asks without breaking away from Dennis’ glare.

But I just got my soda and Casey is taking me to go see a movie, Hedwig whines at him.

Barry almost yells at him but tempers himself. It’s not fair for him to just steal the Light away from Hedwig for his own personal agenda, regardless of how much urgency he feels. Turning abruptly, he walks over to his chair and sits down stiffly, fists clenched and resting on his legs.

Dennis relaxes his body and sits back down in his chair, glancing over at where Barry is. He looks so far away, miles away, and he wonders if this thing with himself and Casey is just unbridled lust, or something else—something much deeper. He feels a guilt he didn’t know he could feel towards Barry, and doesn’t blame him for his outburst, but he also feels selfish and, dare he think it—jealous—at what he and Casey seem to naturally share. It’s not fair that he doesn’t get to have that.

Dennis decides to just retreat into himself, and sleep.

The movie is an unremarkable children’s animated comedy, but Hedwig seems to enjoy it and guffaws the entirety of the film.

Barry takes this time, while he waits, to approach B.T. and hound him for information on his theological insights to The Horde’s ideologies. Barry thinks this is a reach, but he has nothing to go off of, and he’s not going back to the Train Yard any time soon—the last time he was there, he almost took a a permanent seat beside Kevin in his little caboose.

“B.T., babe,” Barry greets. B.T. doesn’t look up from his book but frowns at the term of endearment; Barry has an annoying tendency to call people things that either lift them up or diminshes them, though he seems to have the best of intentions when using the nicknames.

B.T. flips the page of his book. The pages, of course, are blank, the passages and liturgy swimming instead in his head, but the thought of a book in his hands is comforting and so he creates the illusion for his own benefit.

Barry sits cross-legged in front of the gentleman. B.T. is an older man in his late fifties with a bushel of silver-gray hair atop his head accompanied by another bushel of a mustache and beard cornering out his features like a steel frame. He’s sitting slouched back in his chair, legs out and ankles crossed in front of him.

“Right, can you tell me more about what you quoted to me the other day? You said it described Casey and her relationship with The Beast.” Barry trudges on.

“Not with The Beast,” B.T. murmurs, scratching his beard. “The world-spirit in exile must go through the Inferno of matter and the Purgatory of morals to arrive at the spiritual Paradise. It describes the struggle of the imperfection of all things material, and their journey into finding peace through suffering.” He still avoids Barry’s gaze, almost seeming bored with the conversation. “Which Casey has done.”

“B.T., this is really important. Can you please put your book down?” Barry ventures into unknown territory; he doesn’t even know if B.T. can put the book down, or if it’s a permanent fixture in the man’s identity.

The older gentleman finally lifts his gray-blue eyes to meet Barry’s, and tosses the book aside, shifting his entire body forward and placing his hands on his thighs. “What can I do for you, Barry?”

Barry is surprised at his openness and raises his eyebrows. He recovers with a bit of difficulty and continues. “I need some information on how The Beast exists, or what ideals The Beast functions off of, to explain why these murders are happening and to see…if I can stop them, or change their direction.”

It’s B.T.’s turn to be surprised; this is a new development. The most anyone has ever done about the killings by Their hand is complain or putter about in agonized woe. No one dares ever take action or even speak with The Beast about these massacres, yet here Barry is, stepping up with an attempt.

“Dear boy, you do know that theological zealotry is nigh impossible to reason with,” B.T. begins. “Religious principles are borne through the conviction of a personalized thought or belief. How could you possibly hope to compete against that?”

“I have to try,” Barry states.

B.T. regards him for a second, then nods his head. “What would you like to know?”

Barry swallows. “These killings, I have a feeling it has to do with someone I can’t see. Yet, at least. I keep having these…dreams? About Dennis, and he’s talking to…nothing. I can’t see or hear anyone there, but he must be able to see and hear them, because he carries on a conversation with them. Patricia is convinced it has to do with an inevitable reckoning. She says there must be a reason things have changed, and that she is convinced that the unseen person is The Demiurge. Naturally, I have no idea what that means.”

“Ah, a demiurge. Her train of thought makes no sense, but she does seem to have a sixth sense regarding her theological theories, The Beast included as he was on the move. I’ll humor you for a moment and tell you what I know.” B.T. clears his throat. “A demiurge in the simplest form of the word is someone or something that is responsible for creating the material universe. If you’d like a philosophical view on one, seek Orwell, as I’m not familiar with the Platonic teachings of the word.”

“I’d like your point of view, please,” Barry asks politely.

“In gnosticism and a few other theological institutions,” B.T. continues, “the theory is that the material world is fundamentally flawed, or else is formed with the malevolent intention of entrapping aspects of spiritual power. It is created by the Demiurge, who is a lower form of deity compared to the Aeons, who are the source of all spiritual existence. These Aeons are immaterial, hypostatic ideas. Together they form Pleroma, the ultimate spiritual plane.

“One such Aeon is Sophia, an aspect of Pleroma itself. She desired to create something apart from the divine, without divine assent. In this act of creation, she gave birth to the monstrous Demiurge and, being ashamed of her deed, wrapped him in a cloud and created a throne for him within it. The Demiurge, isolated, was blind to his mother and all else, assuming only he existed and ignorant of the superior levels of reality.

“The Demiurge, with a portion of power from his mother, creates an unconscious imitation of the superior Pleromatic realm. A farce of a copy. He creates the seven heavens, and all material and animal things, working blindly and ignorant of the existence of the mother who is the source of all his power. He is blind to all that is spiritual. The word demiourgos itself, you know, properly describes his relation to the material as 'the father of that which is animal', like himself.

“In many teachings, the Demiurge is a source of all evil and rage. In parallel to Christianity, he would be considered the equivalent of Satan himself.”

Barry feels a chill run down his spine. “And this demiurge that Patricia speaks of, do you think he could be the one we can’t see?”

“My boy, I have no idea.” B.T. scratches his beard again. “I do know, however, that Patricia was correct in her prophecy of The Beast, and all that she says regarding this topic should be taken into consideration.

“Now,” he continues, “I cannot tell you how to urge The Beast against his willful crusade. However, perhaps you need not look very far when seeking your answers, yes? Many times the things we seek are right under our noses.”

Barry mulls this over and nods. “Thanks, babe. I’ll…think about all that. It’s confusing, and I don’t quite understand it all, but I’ll think about it.”

Barry gets up, picks B.T.’s book up off of the floor, and hands it to him. The older man nods in thanks. As Barry is turning to leave, he calls out to him.

Barry pauses, then looks over his shoulder, smiling. “Sorry about that, Bee. I’ll watch my endearments more around you.”

I gathered a ton of information on Gnosticism and a lot of the information is variable, so I just took what I thought would work from each of the differing theories by cherry-picking. Thus, it's not a perfect linear representation of any of the teachings, but an amalgamation of all the information I've gathered. Just FYI.

Next chapter is a smutty chapter!