One last time, Byleth promised herself. Byleth would choose one last time and do better to save at least as many of her allies and loved ones as she could. It shouldn’t have been different, yet it is.
“Who is Frey Estapera?”
-
Frey Estapera was not her name before, yet it is her name now.
She shouldn’t be here but she is here anyways regardless.
(In which a Time traveling Byleth faced a possible unknown factor in the appearance of someone who wasn’t there before. Frey would rather prefer to spend her second life with her grandfather but she had to worry about the possibility of war happening and wanted to try and prevent a potential tragedy. An FE3H SI OC story) 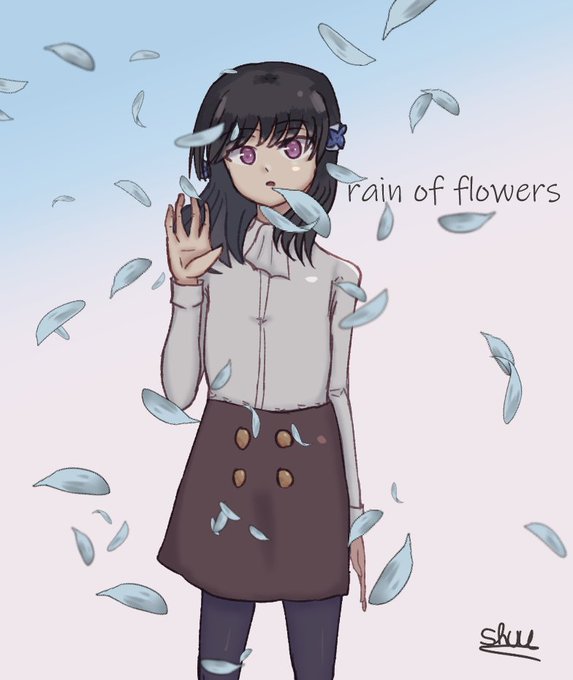 At first, Byleth chose the Golden Deer, having been interested in Claude’s enigmatic nature.

And then, she chose the Blue Lions, to understand and learn about Dimitri and why he turned out the way he did during the battle at Gronder last time.

Next, she chose the Black Eagles, but soon went against Edelgard, feeling betrayed that she still went through with starting a war despite her guidance. But soon came to learn more about her own origins through Rhea, Seteth and Flayn.

And she chose the Black Eagles again, this time, siding with Edelgard to finally, truly understand what drove Edelgard’s ambitions.

Sothis told her that her power, the divine pulse, while finite, allows her to travel back further in time, yet they can only travel back as far as the beginning of the day when she will meet the three house leaders lest they risk being erased from existence.

“It’s likely due to the fact that it’s linked to how I awakened at that very day.” Sothis surmised.

And thus Byleth learned and think of choices that will let her save as many as she could.

But with Sothis’ limitations, she begrudgingly accepted that unless she chose to protect Edelgard; neither she nor Hubert can be saved. For, the events that fueled Edelgard’s goals are beyond reach for her.

It’s one of the things that “Can be”, absolute and can’t be changed, than “May be”, an event that could be prevented.

Byleth went back and chose again and again and soon decided that this will be the last time she makes her choice.

One last time, she asked for Sothis to return to the beginning of their tale.

It was different this time. Byleth thought.

It was never different before.

It shouldn’t have been different, yet it did.

Byleth decided to go through the same way she activated Divine Pulse the first time, blocking an axe coming at Edelgard.

When the bandit, Kostas, rise up again, aiming his axe at Edelgard, lightning energy sent him flying, his axe was dropped away from where he once stood.

‘Thunder spell;’ She observed as the thieves make a break away from the village after that attack.

“Hey! Over here!” Byleth heard Claude call over along with Dimitri.

As they gathered, a voice joined in. It sounded so soft yet foreign. “Is everyone alright?”

While it’s hard to see her features clearly, she had raven black hair and fuchsia eyes. Her hair is adorned with two hydrangea hair pins and she has a brown belt bag accompanied with a sword sheath.

Dimitri was the first to speak to the newcomer. “Frey! Are you alright? I was worried when you have been separated from us.”

The girl, Frey, answered. “It wasn’t easy but with a dash of luck and concocting some paralyzing powder, I was able to make an escape and run to where I last saw you go.”

“That Thunder spell was you? I didn’t know you do magic.” Claude spoke this time.

“I mainly prefer swords but versatility is better than nothing.” Frey told him. She then looked over at Edelgard, before she looked over at Claude and Dimitri, questioning. “Is anyone injured? I still got a few salves in stock.”

Before any of the three house leaders could reply, they hear Alois declare the presence of the Knights of Seiros.

Byleth watched as Alois and her father talked to each other until her father turned to the girl, Frey. “What’s Ayer Estapera’s granddaughter doing with a bunch of kids in the Officer’s Academy?”

At her question, her father shifted his attention to her. “Oh, right, I guess you were on a different mission when I met her and her grandfather.”

Her father then elaborated. “Ayer Estapera is a healer but he’s more well-known as an herbalist who wanders around Fodlan, healing and curing people as much as he can. I met her and her grandfather on one of my missions.”

Frey’s lips curve into a smile as she bowed lightly at her, introducing herself. “I’m Frey. Frey Estapera. My grandfather’s an herbalist and I’m learning under him at the moment.”

“Well? What brings you to the Officer’s Academy then?” Her father questioned her.

“Ah, grandpa took a job at the monastery since they needed a new herbalist after their previous one left and since grandpa thought that we might be staying for a longer time, he enrolled me into the Officer’s Academy.”

Byleth stopped listening into the conversation as she wonders on the girl’s existence along with her grandfather.

She knows nothing about Frey nor does she know about her grandfather, but then again, her memories before Sothis awakened have been as vague as they come. She can’t blame Sothis for that. It’s not like she had a choice either.

But this could change so many variables that she and Sothis had planned.

Frey Estapera is an unknown factor.

And more importantly, who is she?

Frey Estapera walked a bit further away from the three house leaders as they talked to Byleth.

“She seems interested about you.” She hears a familiar voice beside her.

“Is that a bad thing?” She asked quietly.

“Not really, she might be convinced to join the Golden Deer if you’re there but there’s something a bit off about her interest in you… like she’s trying to figure out whether or not you are a threat.”

Frey hummed in thought. “I don’t think we should worry about that much but having Byleth choose the Golden Deer is enough of a success for us, don’t you think?”

“Hmm. Whatever you say. Byleth choosing to teach the Golden Deer is the safest bet to our success, but there’s still a chance that she’d choose the other houses despite her interest in you. We still got a long way to go if you actually want to save as many of those students as you could.”

They have a war to prevent and Frey, in her good conscience, can’t ignore the fact that some of these people will die unless she could do something.

Frey Estapera has not been her name before, yet it is her name now.

She shouldn’t be here, yet she is here, reincarnated and knew things that will lead up to a war.

They’d either succeed or die trying.

But that’s fine. She’d rather die trying if it means some of them will have a future.

I thought it's interesting to see time traveling Byleth and SI put in one and this is the result.

Anyway, thank you for reading and see you next chapter!
- torinokomachi