Now kiss and make up!

It has been a little over a week (eight days, seven hours, and twenty-three minutes, to be precise) since Jon and Sansa had The Argument, and Theon’s completely had it with Jon’s incessant brooding about it. 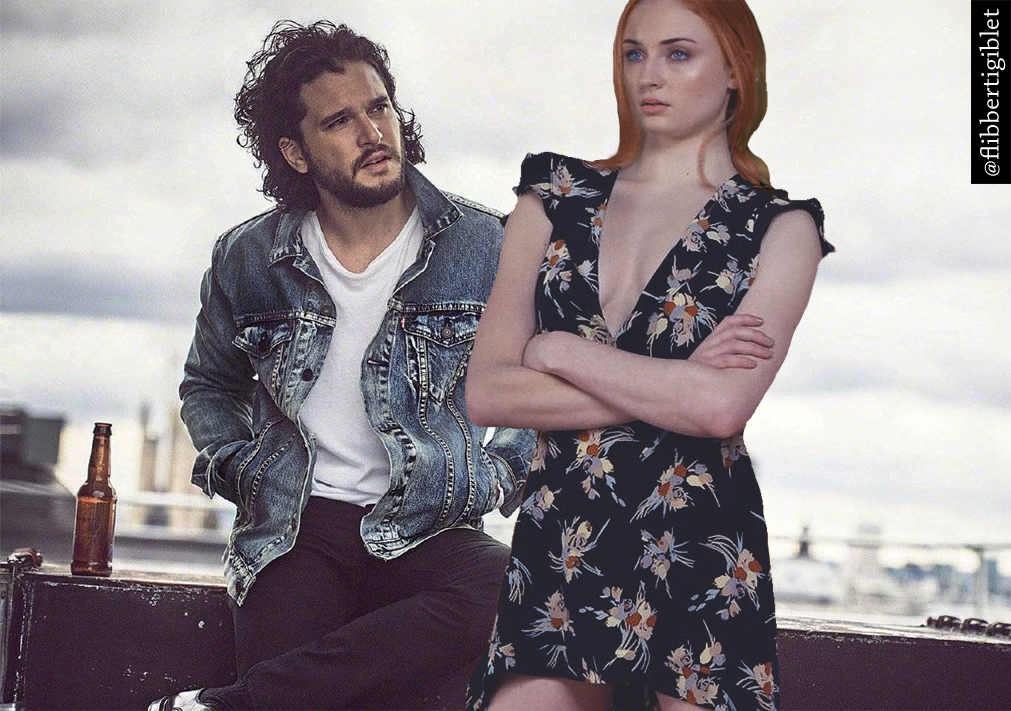 It has been a little over a week (eight days, seven hours, and twenty-three minutes, to be precise) since Jon and Sansa had The Argument, and Theon’s completely had it with Jon’s incessant brooding about it. People like to call him melodramatic, but Theon’s not the one slinking around the flat in ratty joggers and tousled hair (damn Snow’s naturally perfect curls!) listening to the most depressing singer-songwriters to ever sing and songwrite, and growling when his poor beleaguered flatmate asks him to please-switch-to-some-Lily-Allen-or-something-for-fuck’s-sake.

So Theon, for the sake of his sanity out of the unwavering, undeniable goodness of his heart, hands Jon a pack of beer, boots him from their apartment, and tells him to go mope on the rooftop at his bloody leisure.

He may also have messaged Sansa to ask her to meet him (Theon, not Jon) at the same rooftop for “Very Important Reasons, Sansa”, knowing that she wouldn’t want to pop by the flat with Jon there. And he may have concocted some convoluted explanation as to why the conversation needed to take place at said rooftop, but Sansa is nothing if not nice (as long as she’s not mad at you), so she’d agreed, albeit with a healthy dose of suspicion.

Sansa would do well to trust her instincts next time, honestly. Because after accompanying her to the rooftop, it takes Theon less than a minute to dart back through the door - the only access point, mind you - and bolt it behind him.

Lest they harbour any doubt as to who is the current master of their fate, he pulls out his phone, creates a group chat, and names it “THEON GREYJOY, SAVIOUR OF ROMANCE”.

He shoots off one text - You can both stay up there until you kiss and make up!!! - inserts half a dozen kissy face emojis (and an eggplant, just to be cheeky), then puts his phone on silent.

Knowing those two stubborn fools, this might would take a while.

As it turns out, I am also on tumblr!