Just my explicit Naruto art including sketches and digital works. More ships and characters will be added as well in the tags, PLEASE READ THEM. 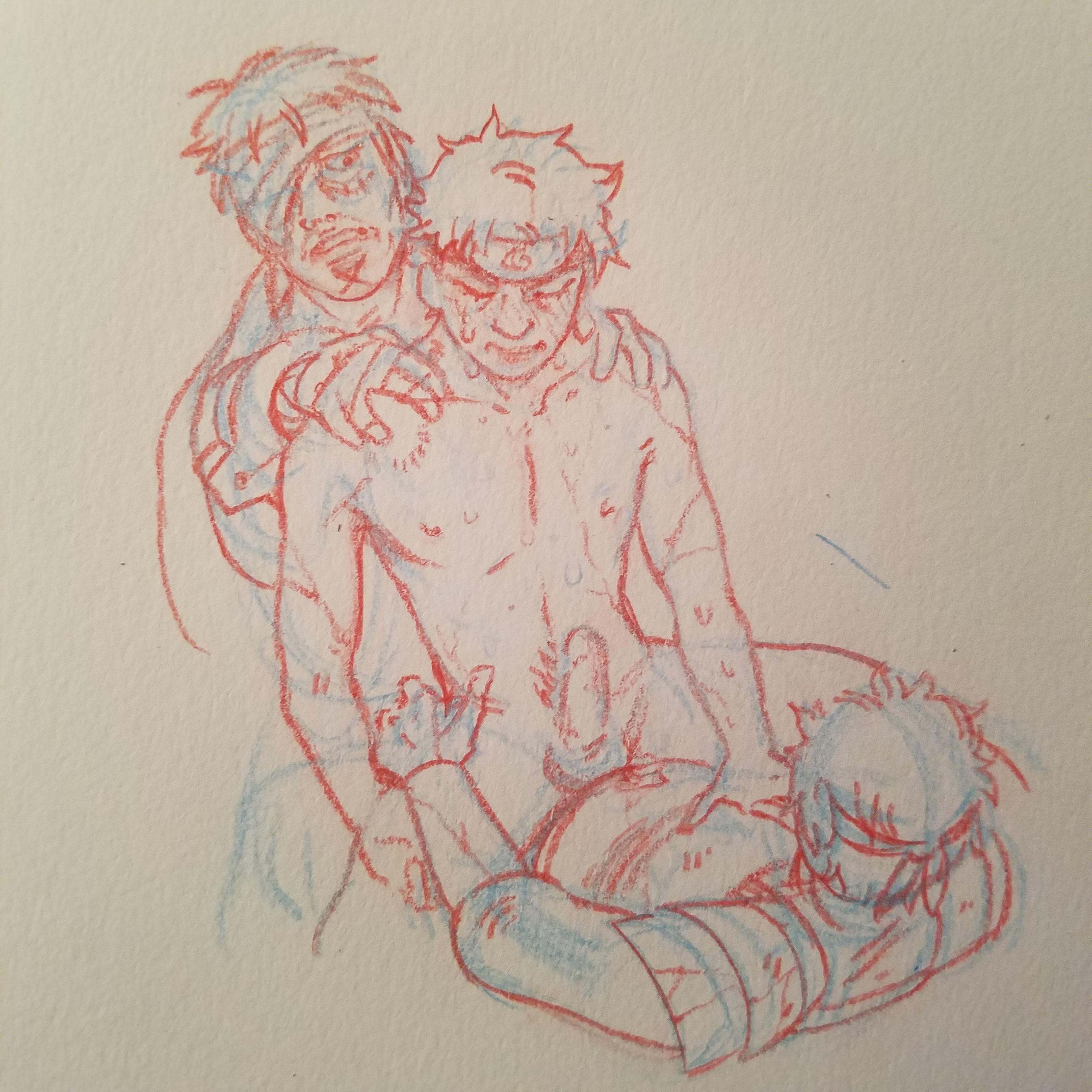 Just imagining Danzo pushing Shisui down onto Kagami.  They're both edo-tenseied. 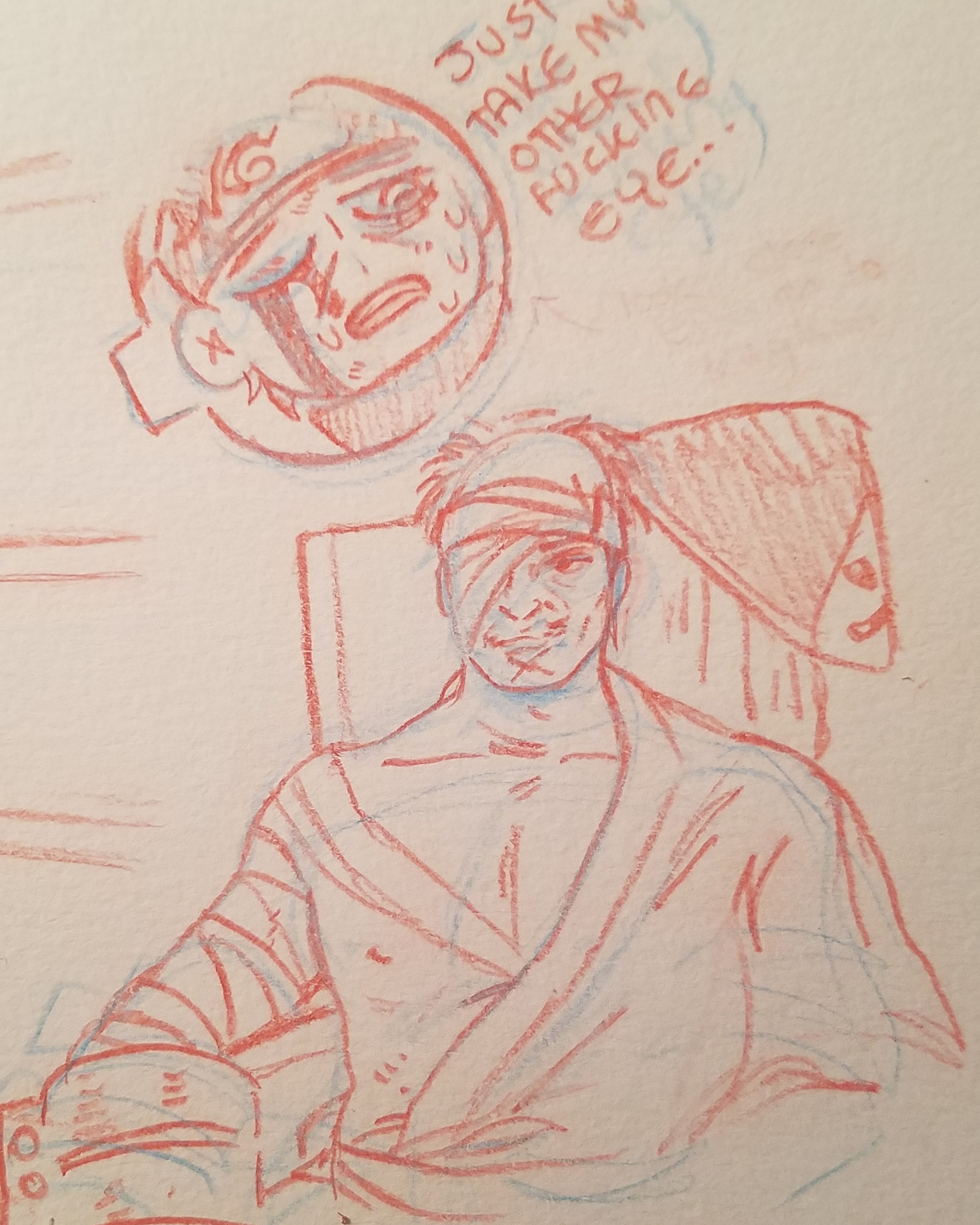 " Daddy Danzo", something Shisui would have to be dead and ordered to say. 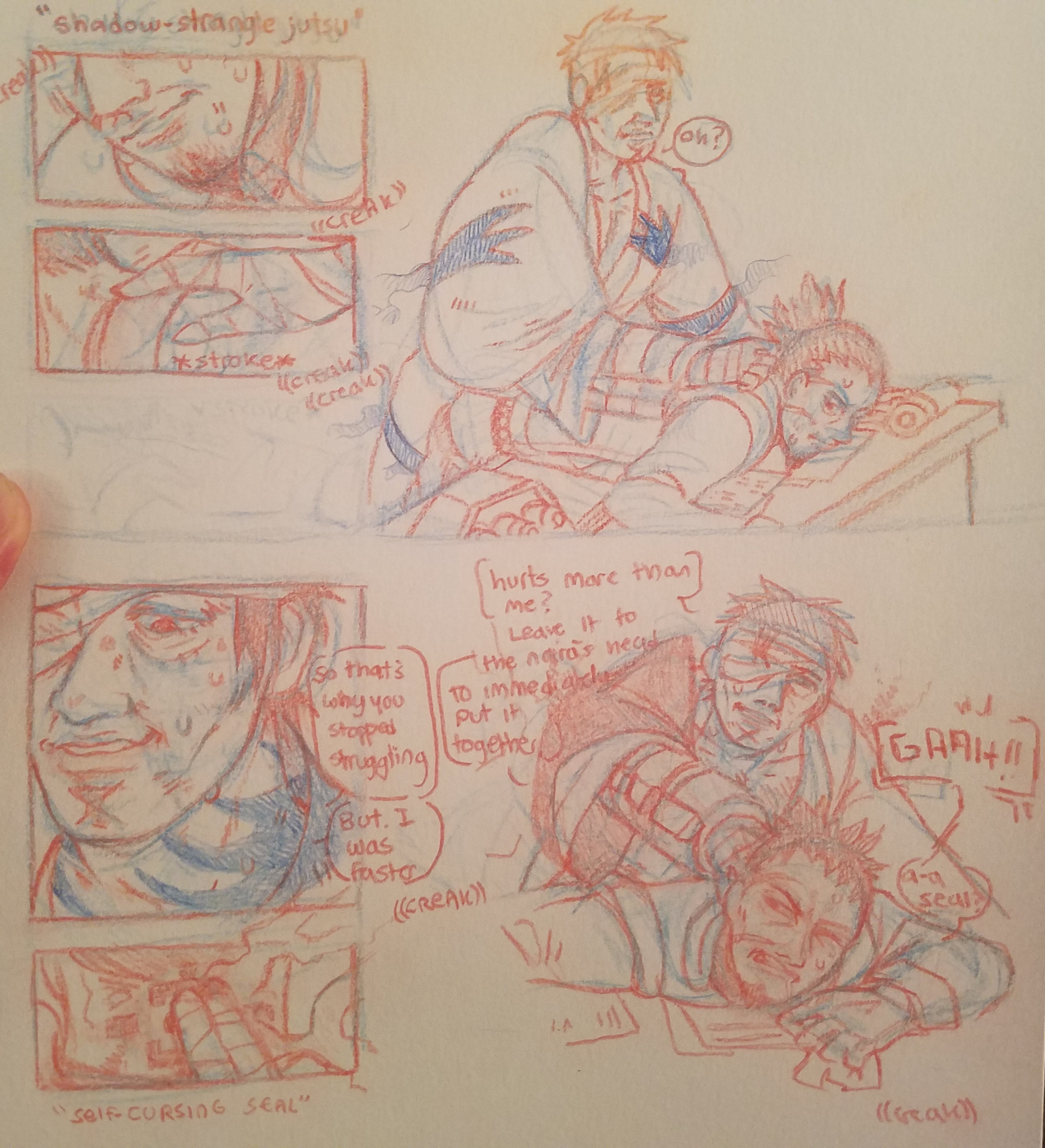 So, I noticed how in some scenes it seemed Shikaku outwardly disliked Danzo.  So naturally, a friend and I started talking about how that could be exploited.  At the hands of Danzo, Shikaku suffers well. 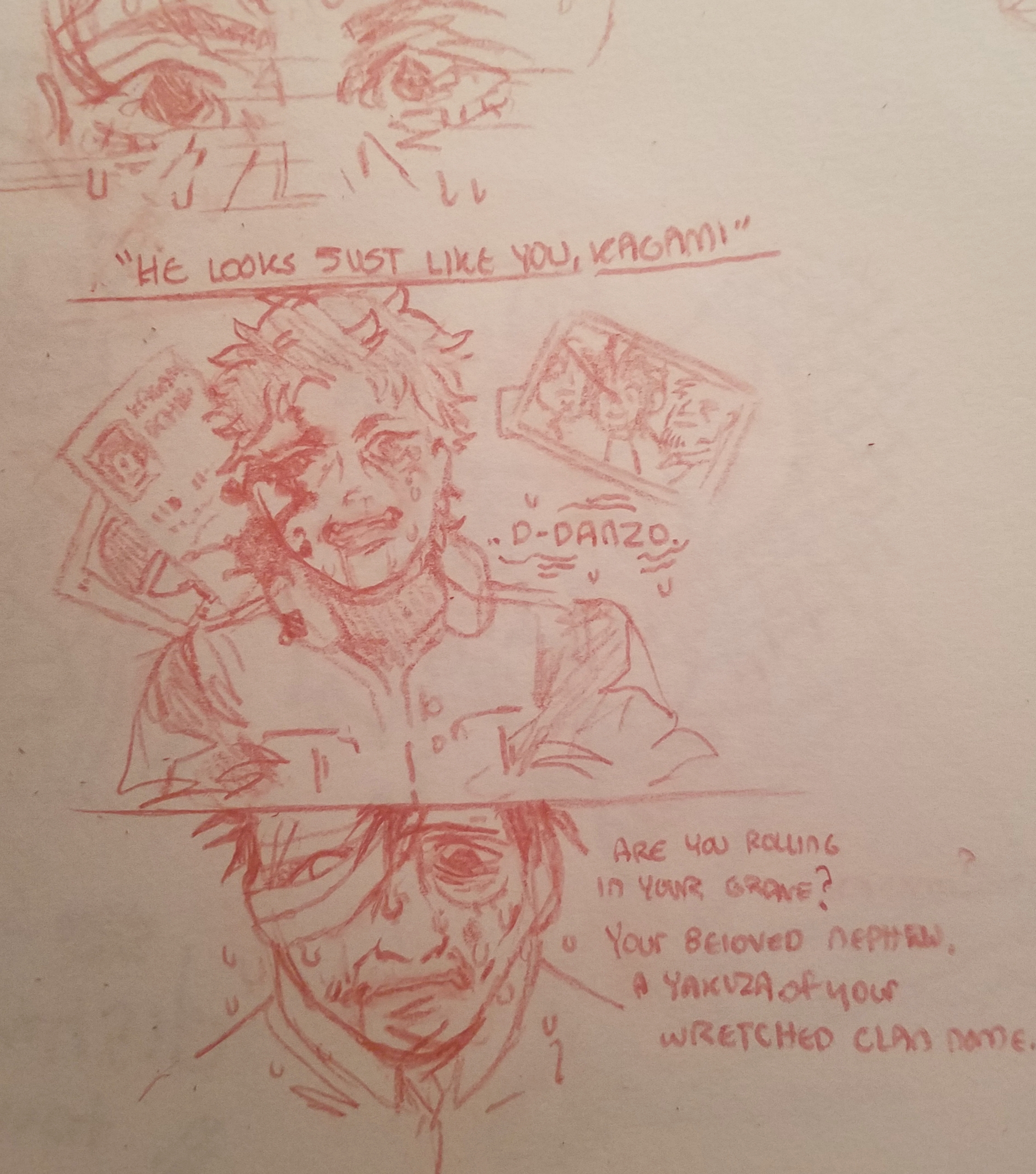 This is a sketch from my 'Witnessed by Crows" fic.  A bit spoiler-ish but it's already been hinted at.  The top panel are actually Kagami's eyes.  The fic itself won't be explicit, but if I want to draw any NSFW art from it, I'll stick it here. 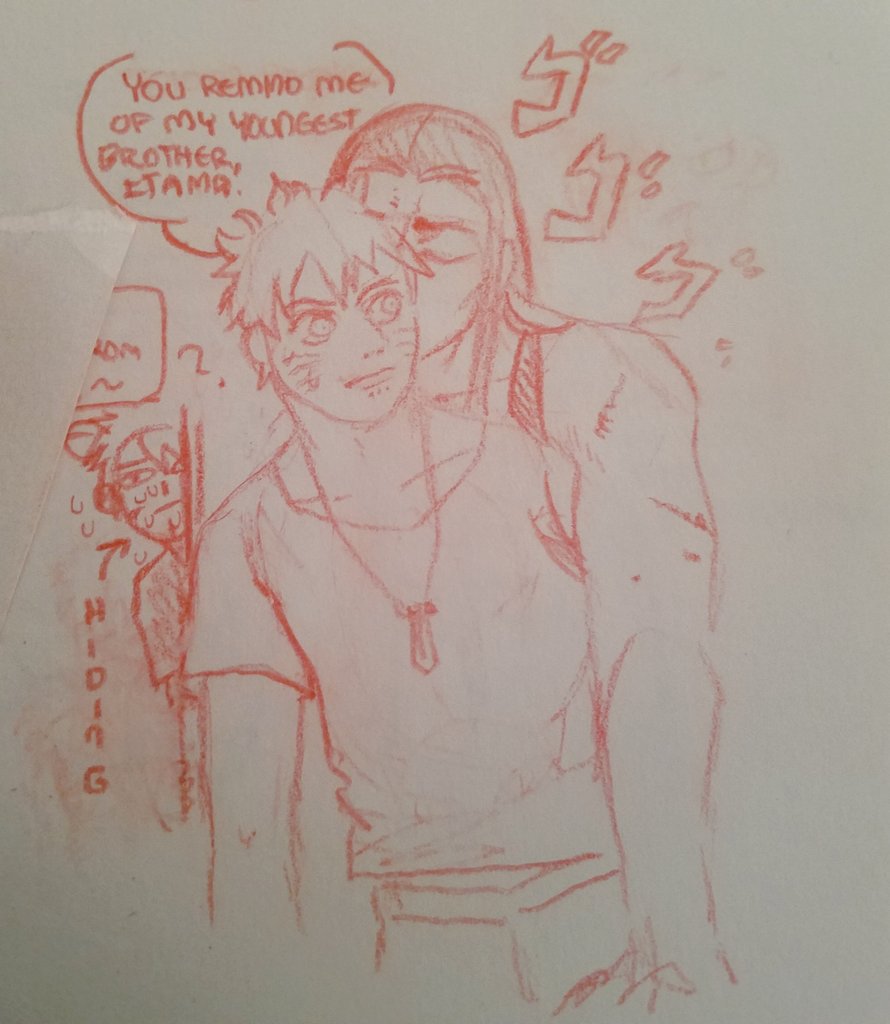 Another scribble from 'Witnessed by Crows' with lowkey dark!Hashirama.  It's meant to be nonsexual and more just Hashirama with a screw loose possessive of the only brother (Tobirama) and friend (Madara) he has left alive.  But, seeing these young striplings and how they remind him of his and Madara's younger brothers are isn't helping.

I love Hashirama/Madara/Tobirama and outside the canon events of the fic have no problem indulging imagining Hashirama deciding to project Itama and Izuna onto Sasuke and Naruto and dragging them into his affairs. 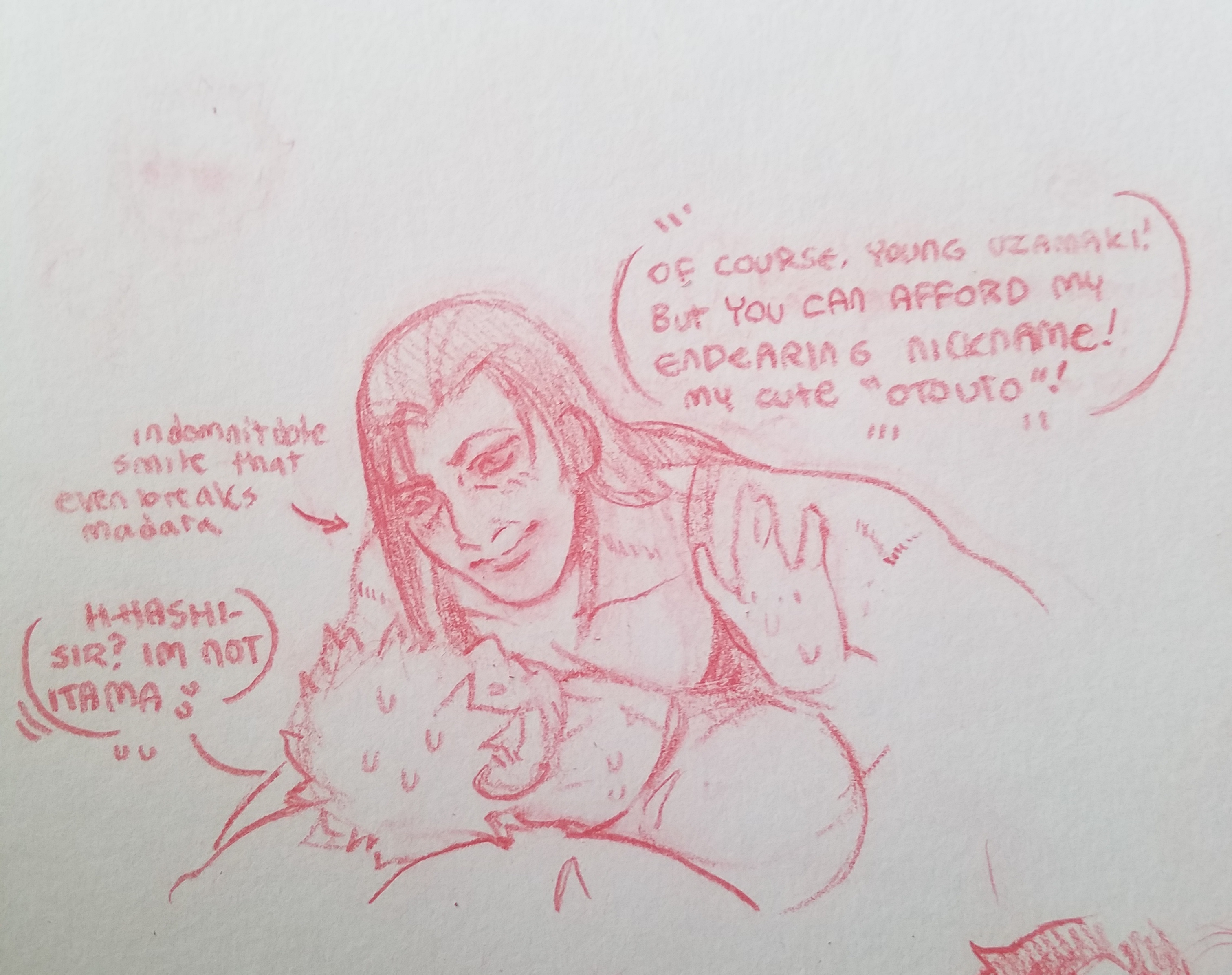 Hashirama coercing both Naruto and Sasuke to sleep with him while projecting Itama and Izuna respectively onto them.

(He's fully self aware of what he's doing) 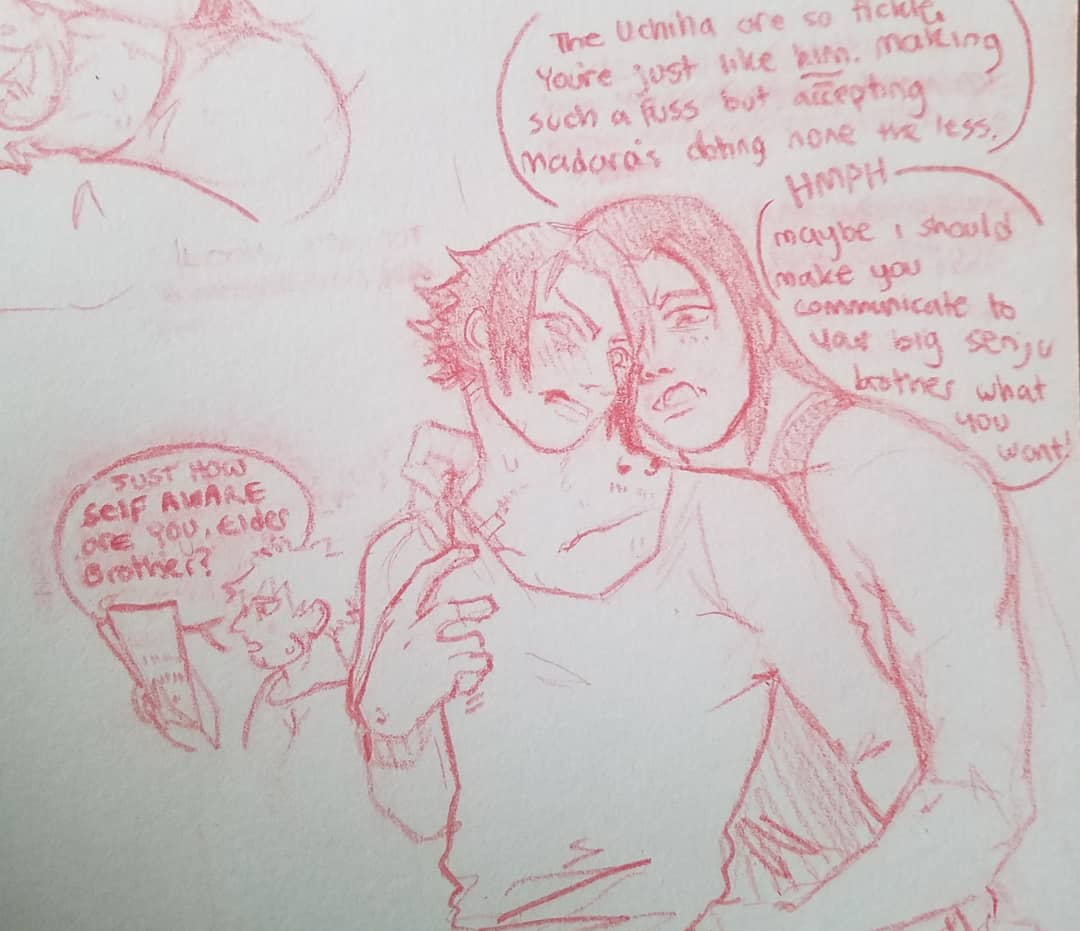 I also love Hashirama's expressions and pouts in the series, so I had to draw him whining to Sasuke.  Sasuke has issues that Hashirama would definitely exploit. 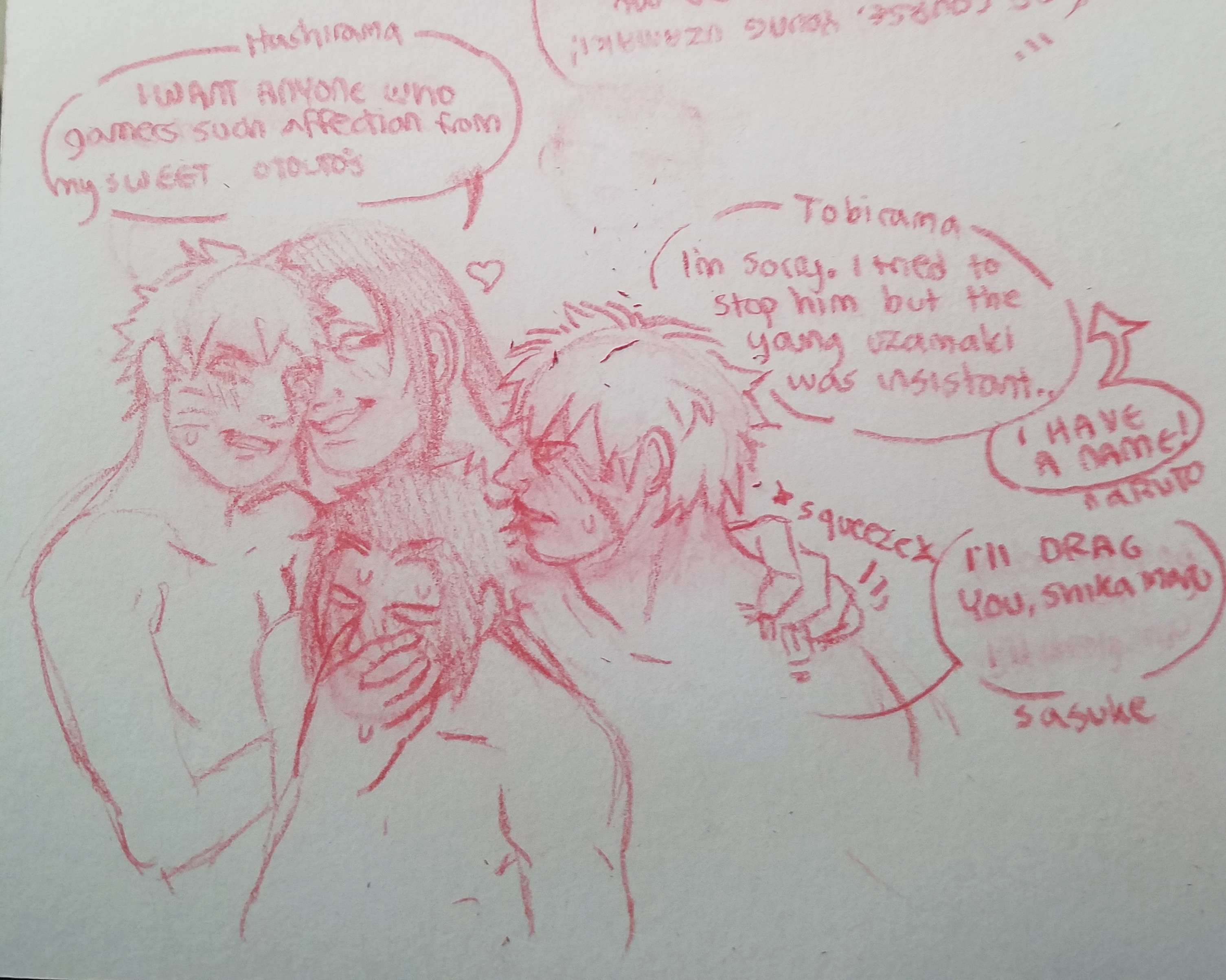 Hashirama is just possesive and if any of his sweet younger sibling substitutes are going to 'obssess' over someone else, (which in Hashi's mind is even just an ounce of affection towards shikamaru) then he must have them to.  This way it's okay if they like it because it belongs to Hashirama.

This is just me being self indulgent.  Yes Hashirama has that screw loose, but is much more lowkey in the fic and subtle about it.