Merry Christmas, Happy Holidays, and Season's Greetings! It's time for some bonus content! 🎁✨

Yay Bonus content! Glad I was able to finish this before the year's end.

Also, I put in a small something about battle gods in the Fox Thread in the main chapter. Nothing big but it's a nod to Ye Xiu's former world Battle God title (^ u ^) (yes yes it's OAL's title but even Sun Xiang thought the title should go to YX himself)

BONUS 1: There and Back Again, A Tale of Two Friends

[Glory Professional Alliance v: Thank you for all your support for a very successful Halloween event! We hope you had as much fun as we did! As a parting gift, here are some never before seen Behind The Scenes photos!] 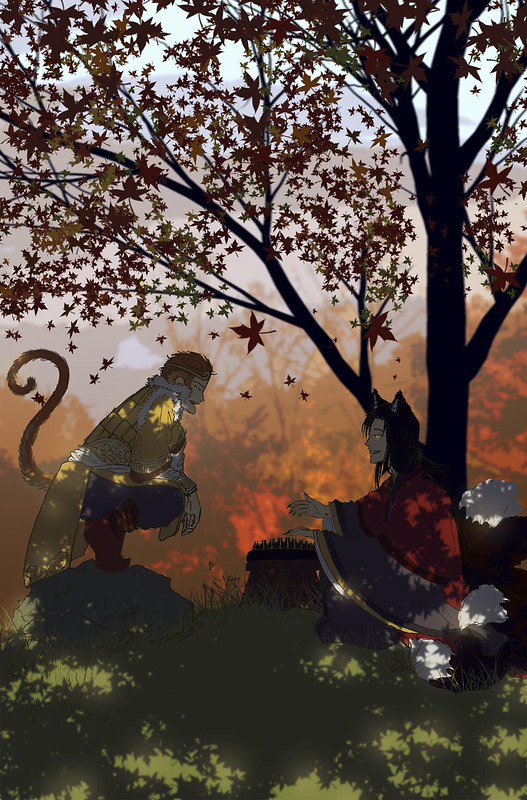 [awwww it's them friends]

[in The Monkey King (a 2014 prequel to Journey to the West from Hong Kong) Sun Wukong has a childhood fox friend :) ]

[kinda sad though, because Sun Wukong's immortal and he wants all his friends to be immortal. So he goes to Heaven to learn the secret to immortality. But when he comes back, all his friends (including the fox) have been killed :( ]

[okay wow this got sad quickly]

[interestingly enough, the West direction is also associated with Death. So for our purposes, "Journey to the West" could also be interpreted as "Journey to the Land of Death"]

[Also the West is the jurisdiction of Bái Hǔ, The White Tiger of the West, who is also the Lord of Autumn. And Ye Rui's avatar is named Herald of Autumn]

[Someone get Han Wenqing in this group pic]

[PSA to remind everyone that Su Muqiu's first ever Glory Account was a Sharpshooter named Autumn Tree. #JustSaying]

[Fic: There and Back Again, A Tale of Two Friends. Su Muqiu, the Monkey King, having fulfilled his duties to Heaven, continues further West, into the realm of Bái Hǔ, the Lord of Autumn. Never would he have thought that he would encounter a friend he thought he had lost forever under the Great Autumn Tree.

After dying, Fox Ye Rui was revived as a vassal of Bái Hǔ to become the Herald of Autumn. #EveryoneLivesNobodyDies #SecondChanceAtLife]

Ye Xiu rolled his eyes. Tian Sen meanwhile, puffed up with pride; pleased to know that the hard work of the team doctor and the Royal Style nutritionists was paying off. The results really spoke for themselves, Ye Xiu did have a healthy glow to him now.

This aura of satisfaction didn’t escape Fang Rui. “Oh, Captain Tian? Could it be your doing?”

Tian Sen bashfully tried not to preen. What with him being both Ye Xiu’s team captain and partner, it had fallen to him to monitor the extremely out of shape man and make sure that he followed the doctor’s orders to eat healthily and regularly. He also forced him out on morning walks while he and Ren Junchi ran circles around him. Perhaps there would even be a day in the future when he would even see Ye Xiu run. His heart swelled at the thought. Was this what parenthood felt like?

Realizing that he was staring off into the distance with a dreamy expression, he did his best to tone down his smile. “I couldn't possibly take credit for everyone's efforts," he said modestly.

“No need to be so modest Captain Tian,” Fang Rui winked, “Knowing you, you’d feel compelled to contribute the most; you being Old Ye’s partner and all. Do you do it everyday? It must be so tiring. ”

Tian Sen nodded firmly. “Early in the morning, right after waking up so we can make the most of a morning shower and work up an appetite for breakfast. Naturally, as captain, I'll do whatever it takes to help my team if it's within my ability. But luckily in this case,  it is no trouble at all; quite enjoyable actually.”

A round of coughing ensued. Faces twitching in poorly suppressed laughter.

Tian Sen admitted that it was a little funny watching Ye Xiu practically melt in the sunlight, just a little. But then it also warmed his heart to see how dedicated he was. Once Ye Xiu decided on something, he would definitely see it through. Tian Sen caught his partner's eye and smiled in companionship.

Ye Xiu sighed. How did that meme go? Something about killing and cinnamon rolls. He smiled wryly back at his captain. Someone needed to protect him from the Master of Dirty Play.

Eh, Shen Wanhe could do that. He had some schooling to do.

“That’s uh...” Fang Rui cleared his throat, his mouth twitching. “That’s very noble of you Captain Tian. Your care and dedication for your teammates knows no bounds. Truly inspiring. Do you think there's any room for me in one of your...sessions?” he finished innocently.

Tian Sen was incandescent in his delight. He’d been trying to convince his colleagues of the importance of a healthy body even in the E-Sports for ages . That Fang Rui was expressing interest was-

“Oh, you’re offering?” Ye Xiu drawled, the slant of mischief clear on his face to those frequently forced to deal with the aftermath (namely his teammates). “Do you think you can compare with someone with as much... vigor as Captain Tian? You might not last long.” His assessing gaze travelled lazily over Fang Rui; this father was not about to be outdone by his former teammate.

“It’s no problem! You just need to keep at it to increase your endurance!” Tian Sen interjected, afraid that Ye Xiu was going to make Fang Rui lose interest. “And doing it with other people really gives you more energy to keep going! The more the merrier, in fact!”

The coughing turned to choking. That this critical blow would actually come from Tian Sen himself...

“Captain,” Ye Xiu laid a calming hand on Tian Sen’s elbow (his shoulder was too high up and thus not worth the effort) and looked up entreatingly, “We shouldn’t trouble Senior Fang, he has his own team to look out for.”

Their teammates couldn't help but wonder, 'was Tian Sen really this dense?' Their arm hair was standing up at Ye Xiu's demure act.

“Looking after one’s health is never too much trouble,” Tian Sen said, laying a firm hand over Ye Xiu’s hand and looking at his partner earnestly in the eye. There were many others like Ye Xiu who worked themselves to the bone; never making time for themselves because it seemed frivolous.

'Oh gods' , the team thought in horror at the very misleading scene of their captain gazing deeply into his partner’s eyes, their hands pressed together, ' he WAS that dense.'

Fang Rui’s gaze suddenly became a little uncertain, flitting back and forth between Tian Sen and and his partner. “Hey man...it’s okay...I wouldn’t want to intrude…” Were these guys serious or not??? Ye Rui of course was a black-hearted shameless bastard but Tian Sen wasn’t flinching!!!

“What, suddenly getting cold feet?” Ye Xiu said loftily. "See Captain, he was just getting your hopes up."

Shen Wanhe, tired of watching this cat push the plate closer to the edge, cut in. “Please don’t encourage him. It's not fair for you to play your game when Captain doesn't know what's going on."

“Now Tian Sen’s going to double up on his efforts to make us fit.” Chang Jianping grumbled.

Shen Wanhe sighed. “I’m not paid enough for this.”

Meanwhile, Ye Xiu and Fang Rui were apologizing to Royal Style's captain for their antics. Ye Xiu had a thick face but the hulking beast of a man was wilting. He wished Chen Guo could see this. Turns out the only antidote to his shamelessness was an oblivious cinnamon roll. It made him want to promise to try jogging as an apology, how alarming.

BONUS 3: The Man, The Legend, The Meme 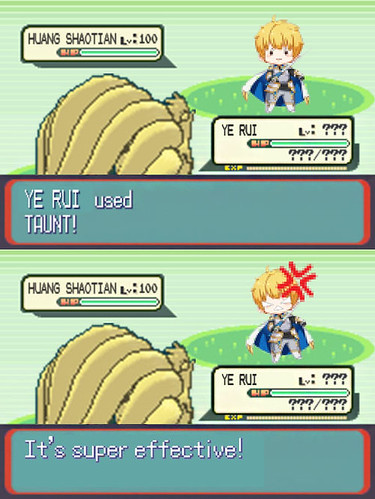 P.S.  (Because I can't put pictures in the end notes, I think) 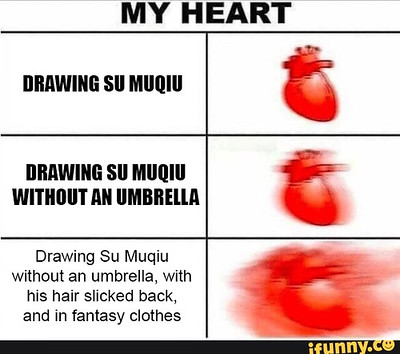 On an interesting note, I searched "Finger picks for guqin" and literal claws came out. Works for me ¯\_(ツ)_/¯

On the topic of cinnamon rolls, I think Qiao Yifan would be perceptive enough to know what's going on but wouldn't join in; just blush furiously. Meanwhile, all the subtext just flies over Tian Sen's head.

Works inspired by this one: