Six months after WWII, Castiel Milton goes on holiday in the Highlands and accidentally walks through the fabled standing stones atop Craig Na Dun. He falls 202 years into the past, meets kilt-wearing outlaw Dean Winchester, and his life is changed forever.

But then the day comes where Castiel must choose whether to return to the friends and family he left behind in 1945, or make his own future in 1743 with the "family that don't end in blood."

***Updates weekly through the rest of the summer, provided that my inner muse cooperates. ***

Just a couple things before you read.

First off, it is not necessary to to have read or seen the Outlander series, but there will be spoilers if you haven't. There will be dozens of references to both the books and the TV show in this work. If you like SPN, star-crossed lovers, and the idea of Dean in a kilt, read on.

Secondly, I pretty much just inserted SPN characters into the Outlander narrative out of some strange curiosity. The plot follows part of books/seasons 1-3 of the Outlander series, but not everything follows in exactly the same way.

Third, the threats of non-con are taken from the Outlander storyline. Spoiler: nobody gets raped in this fic. However, the threat is very real. I will put a heads-up in chapter notes.

Lastly, I do not own the characters from Supernatural or Outlander. This is purely a work of fan fiction.

I have the entire story mapped out, and I will attempt to post updates at least once a week. Hopefully this fit will help satisfy some Hellatus and Droughtlander blues that you might encounter in the near future.

Going back to where you started isn't the same thing as going home. 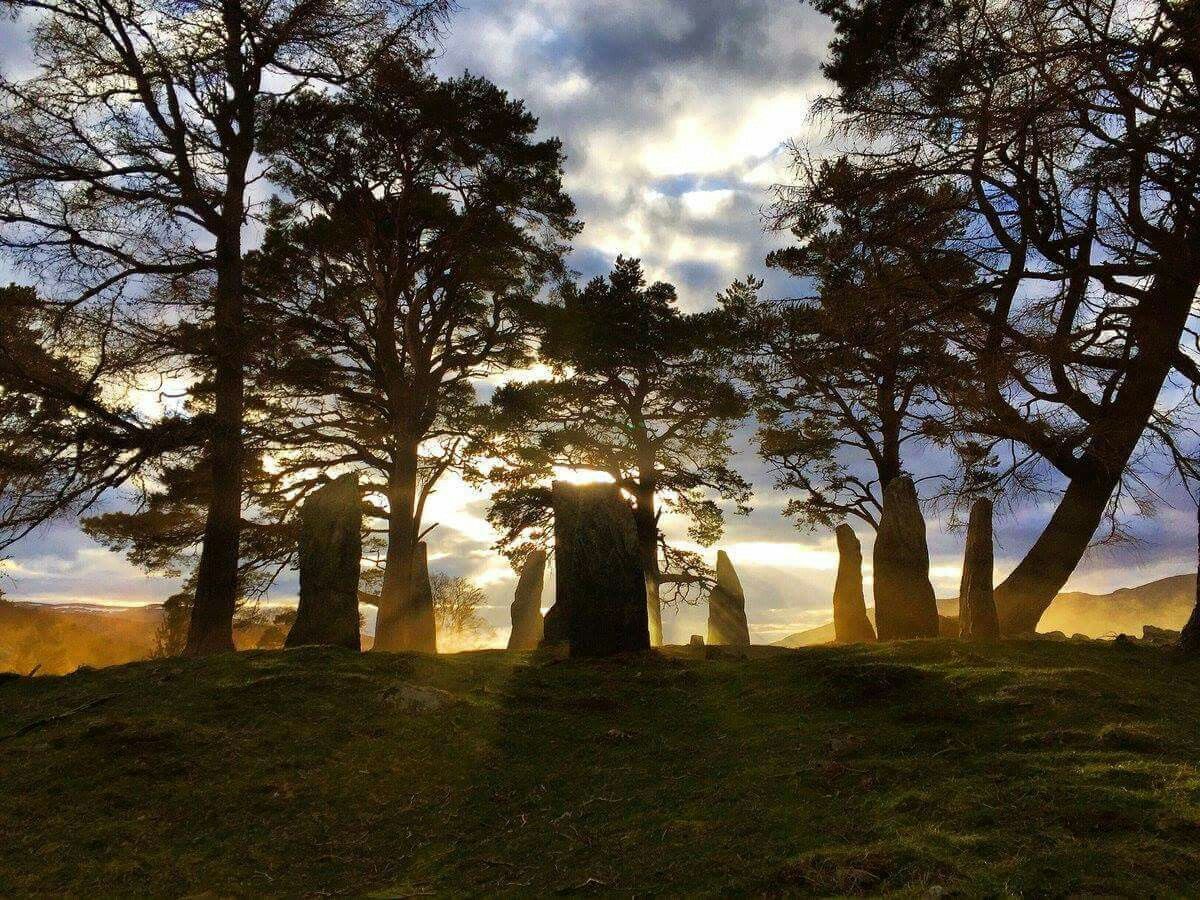 The first thing he noticed was the rumble of passing cars. Castiel had grown up with the background noise of machinery and electricity, but now the sound grated on his flayed nerves. Mist clung to the plaid-lined cloak around his shoulders. Cas barely noticed it. The ice around his heart chilled him to the marrow of his bones more than the weather ever could.

Somehow he found his way down the hill. Where hours ago, from Cas’ perspective, there was naught but grass and heather, now an asphalt road cut across the landscape. It was an eyesore, a blessing, and a curse all in one. All Castiel had to do was follow the path of modern civilization and he would be right back to where he started. He wouldn’t be home, though. Cas left that and his heart behind on a barren moor, doomed to die.

He was so lost in thoughts that he didn’t notice the car that approached until its headlights blinded him. Three years without electric lights had Castiel cringing and shielding his eyes. He almost missed the man getting out of the car, but the odors of soap and hair pomade that masked the man’s natural scent made Cas reel back in surprise.

“Sir? Are you alright?” the man said. It took Castiel a moment to realize that he was asked the question more than once.

“Who won?” he tried to say, but the words came out in a rasp.

“Who won the Battle at Stull?” Castiel said. Reflexively, his hand went to the crescent-shaped scar at the junction of his neck and shoulder.

The man, an alpha, Cas could now tell, stared up at him with wide, puzzled eyes. “What?”

“I said, who won the Battle at Stull?” Castiel repeated.

“Who won?!” Cas demanded with a roar.

Numbly, Cas’ hands released the man’s coat. His knees wavered and he dropped to the ground. The last thing Castiel registered before the world went dark was curling his hands protectively over the life growing within him, over the last piece he had of his heart.