Fate has...a funny way of screwing us over, even in different worlds, or universes.

Uhh...probably many spelling errors since I don’t reread stuff at times, sorry. 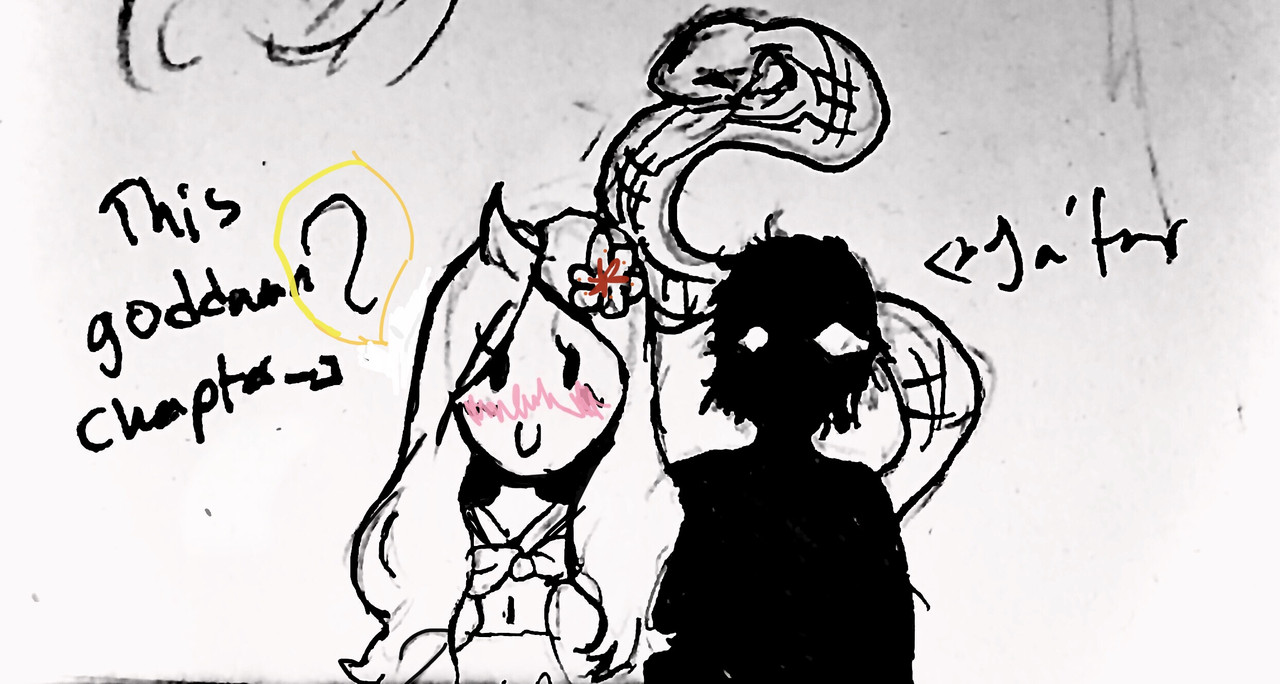 Silken threads and strings covered her, woven tightly together into a sheer fabric. Barely covering her body.

Her skin looked so soft in the relentless light from the fires when she moved. Twirling and spinning on the stage. Multiple men were cheering at the (barely) teenage girl.

“Maybe...” Ja’far said, sipping lightly on his own drink. His grey eyes scanned the stage, where the young blonde dancer had stopped dancing, and was getting applauses from the audience.

“What?” Ja’far asked. His face a frown as he stared at his friend.

“I’ll pay her for a night if you want to hit it.” Sinbad grinned, Ja’far’s usually stoic face was now pink as the younger man scowled.

“I don’t want to.” Ja’far said, continuing to sip his drink. Larger sips as his head became a tiny bit cloudy.

“Really? Too bad.” Sinbad shrugged his shoulder, directing his attention to another dancer that was stroking his arm.

Ja’far sighed, his gaze falling on the blonde despite denying Sinbad’s suspicion.

The young woman was chatting with a much larger, much older man.

Ja’far stood up, leaving his drink and walking closer and hiding behind a large decoration.

“Sir, I am very sorry but I’m just a dancer.” The young blondes voice sounded almost frantic when she talked.

“Oh? But I want to, young lass.” The man chuckled.

Ja’far could hear a slap and then silence.

As he pressed his body against the decoration he could only grit his teeth. A fire burned inside of him as he held himself back.

“S-Sorry I didn’t-“ the young blonde’s voice was cut off by a shriek. Ja’far peeked out and saw that the man had thrown her over his shoulder.

“Sir.” Ja’far’s said, stepping in front of the man. The man must have been at least twice his size.

“Fuck off, pip-squeak, I have things to do.” The man said.

“Oh, I’ll bet you have things to do.” Ja’far said lazily, looking at him with bored eyes.

“Fucking brat I’ll teach you-“ The mans voice was cut off as the dagger cut a neat slit in his throat.

The young blonde squeaked when she landed in the arms of Ja’far.

Ali heard the calm voice close to her ear. The husky sound sounded better than anything right now.

“Yes, thank you.” Ali mumbled. She rested her head on her saviours shoulder, closing her eyes. He didn’t have any scent, this mysterious man...

“I’m bringing you back to my room if you’re okay with that, Miss.” Ja’far said. Walking back to the hotel that he stayed in.

“Yes, I do have to thank you also.” The blonde mumbled from where she was cradled in Ja’far’s arms.

Ja’far stayed silent, jumping up to his window when they arrived.

“Here.” Was all the warning Ja’far gave the young blonde before throwing her down into the bed.

“How many?” That sultry voice reaches her ears, despite the fluffy pillows nestled up in her face. Her headdress had slipped farther down.

Ali squeaked, how did this man just ask that!?

“That’s! That’s not your business.” Ali said, the burning on her cheeks making the man lick his lips.

“Oh, but I want to know if I’m fucking a virgin or not.” Ja’far said, looking at the tiny blonde.

“I’m a...virgin.” Ali said, looking away from the man who was taking of his clothes.

“Good. Name’s Ja’far. Scream it when I’m pounding you hard.” Ja’far said, pulling down his trousers to reveal his hard member.

“Alibaba, you can call me Ali.” Ali said.

Ja’far grinned, laying over Ali with his thick cock rubbing against the sheer fabric covering her cunt.

“Hey!” Ali yelled. Ja’far bit on her neck, covering her in quick bites while his hands groped soft skin.

“Stop-“ Ali got flipped over onto her belly, her face pressed against the bed. Her long blonde hair covered her vision.

“Shut up.” Ja’far said, pulling her up by her hair.

Ja’far gasped as he slid into Ali’s wet entrance. She was so tight.

Ali could feel the slow, almost gentle press when the thick thing slid into her.

“Ah- Ja’far!” Ali moaned, loving the hot adrenaline racing through her when Ja’far slammed into her.

“You’re liking this?” Ja’far mumbled, face buried in the messy golden locks that he was pulling.

“Huh.” Ja’far mumbled again, his mouth turning into a dark grin as he flipped Ali over, throwing her legs around his waist.

“This is more fun, right?” Ja’far smirked at the red face Ali was displaying. He continued to thrust in hard, pulling moans and gasp out of them.

Ali reached up and grabbed his face, her smooth hands caressing his cheeks while she pressed her lips against his.

“Yeah.” Ja’far said, breathing out the words against her lips. The violent sounds of their hips filled the room until both of them came.

“You okay there?” Ja’far asked, wiping away the sweat on Ali’s forehead.

The soft press of Ali’s lips were a surprise when she pulled him down.

“Yes.” A smile rested on Ali’s lips, her slight pinkish blushing face matching the rest of her soft body when Ja’far pulled them close again.