AU reboot of the entire SAO storyline, beginning from the premise that Kayaba Akihiko was obsessed with magic and Norse Mythology rather than swords and pure melee. As a result, he created the Death Game of Alfheim Online rather than the floating castle of Aincrad—a world in which player-killing is not a crime, and the nine player races are in competition with each other to reach the top of the World Tree. Multi-POV epic following the stories of multiple canon characters throughout the game. 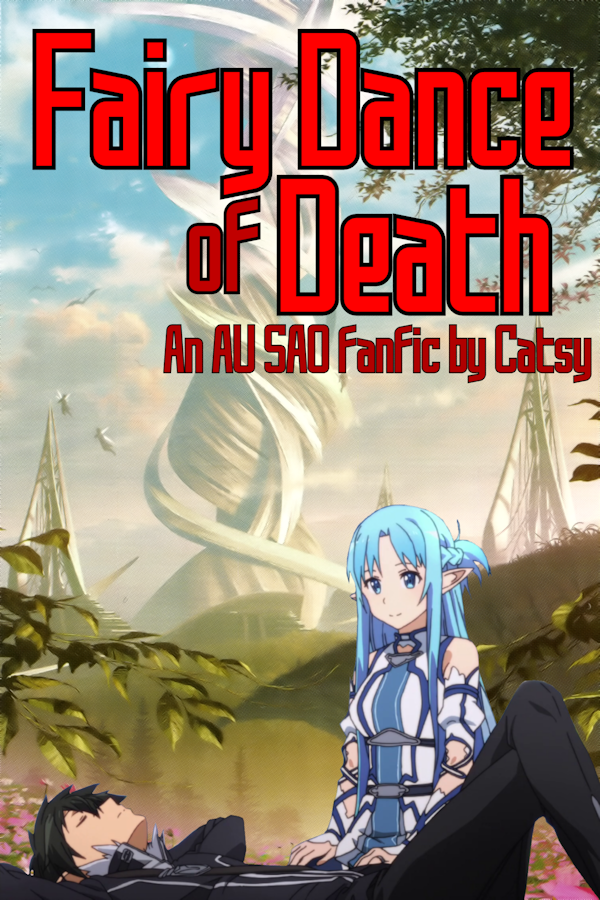 Thank you for your interest in Fairy Dance of Death. It's no coincidence that I originally began posting this story on Nov 6th, 2012—exactly ten years to the day before the canonical launch of Sword Art Online. It seemed an auspicious day to begin a complete "reboot" of the SAO universe.

This is an AU fic starting from the premise that Kayaba was obsessed with fantasy and Norse Mythology rather than swords and melee, and developed ALO rather than SAO, trapping 20,000 players inside the Death Game of Alfheim Online. If you don't know what ALO is, you probably haven't seen past episode 14 of the anime or read the Fairy Dance volumes of SAO—and you probably should do that first in order to get the most out of this story and avoid spoilers, although the story of FDD will progress markedly differently than the SAO or ALO arcs.

Many of the differences between this universe and canon SAO will be shown as the story progresses, but in order to avoid confusion from mismatched expectations, there is one thing I wanted to make clear at the outset: while this fic is set in the world of ALO, it is not the game of ALO that we know from canon. It would be better to describe it—for the most part—as a blend of SAO game mechanics, the setting and races of ALO, and a whole lot of original content.

If you're very familiar with both games and see something that makes you think "that's not how it is in SAO/ALO", just remind yourself that this is an AU fic and that the discrepancy is probably intentional—I take a lot of pride in the amount of excruciatingly detailed research and world-building I do for my writing, and I sincerely hope you will enjoy the result.

The first two Acts of this story were originally posted on Fanfiction.net between 11/2012 and 8/2014. During that time, Fairy Dance of Death became the second most popular SAO fic on FFN, with thousands of regular readers. I have become increasingly frustrated with FFN's excessive content restrictions, lack of tags or decent formatting options, and draconian filtering of anything that even looks like a URL; after the completion of Act 2, I took a hiatus to work on refining the outline for Act 3—and while I'm at it, work on migrating FDD over to AO3. I haven't decided whether I will eventually stop posting new chapters to FFN, but my long-term intent is to either move the story here, or maintain this as an alternate "multimedia" version of the fic. Please bear with this process.

I tried to arrange things so that they evened back out for the post-transition chapters, but it just didn't work.