From Plastic to Diamonds

Kyungsoo and Jongin share a moment on his wedding day.

Drabble based on a photo prompt. 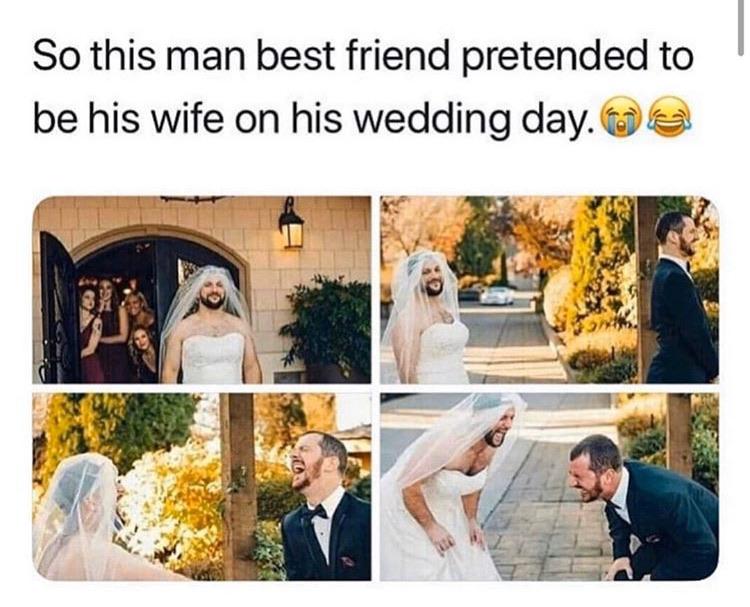 “Ridiculously gorgeous. I swear, it’s so unfair, Kyungsoo.” Jungah clasps her hands together, admiring him. The other bridesmaids all giggle and nod in agreement.

Unfair, Kyungsoo snorts. An interesting choice of words for today.

“Give him a little lipgloss!” Jongin’s oldest sister insists. He’d shunned any attempts at full makeup, but as the gloss gets passed over to them, Kyungsoo rolls his eyes and lets Jungah dab it on. Not like it’s the first time Jongin’s sisters played dress up with him and Jongin - but it probably has been 20 years since the tea party where they last dolled the boys up. Seven and eight-year-old Jongin and Kyungsoo played along in exchange for staying up late that night while the girls babysat them.

“This is perfect! Omg, thank you for playing along. You’re the best, Kyungsoo.” Jungah pinches his cheeks, giving them a pink tinge before he swats them away.

“Yeah, yeah,” Kyungsoo says, ignoring the nerves bubbling up. “Okay, where is he?”

The bridesmaids all tug and push Kyungsoo toward the courtyard, pointing and shushing each other. Jungah’s got her camera ready to capture the big moment.

“Jongin-ah! Your betrothed is here,” she singsongs, and Kyungsoo unsteadily steps out.

Jongin, in a sleek black tuxedo with artfully gelled back hair, spins around with eyes wide. He takes one look at Kyungsoo in the satin white wedding dress and veil, and his jaw drops. His whole face lights up with the brightest smile, and Kyungsoo reminds himself why he did this.

It’s for this moment. This split second right here. The joy radiating off of Jongin, his handsome eyes fixated on Kyungsoo, giving him 100% of his attention and adoration.

And then Jongin laughs, his high pitched cackle that carries on the wind and grounds Kyungsoo back down to earth. With a gulp, he gives a wry smile and does a sarcastic twirl. “Well, aren’t you gonna tell me how nice I look?” Kyungsoo deadpans, giving his best stoic glare at his friend.

“Oh my God, Soo,” Jongin manages to get out between his hysterical laughter. Kyungsoo snickers along, but gives a friendly wallop to Jongin’s shoulder when he approaches.

“Never say I wouldn’t do anything to make you smile, ya?”

Jongin smothers him in a hug, still belly laughing. “You’re the best.”

Jongin’s sisters come out from their (terrible) hiding places, and an iPhone capturing the moment gets thrust in front of their faces here and there as the girls circle around them gleefully. “You should’ve seen your face!” “This is going in the official wedding vid - I’ll find the videographer and make sure of it!”

“I always said you two were like a married couple.” Jungah teases. “I swear, if it hadn’t been for that new job and fate having to slap him in the face with the perfect girl, I’m not sure Jongin would’ve ever bothered finding Mrs. Right, haha.”

“Can I please get out of this already?” Kyungsoo grumbles, tugging at the laces of the dress's corset that fit snugly around his waist. “I feel like I’m suffocating.”

“Yes yes, you were perfect, honorary lil bro,” Jungah says, pressing a kiss to Kyungsoo’s left cheek as Jongin’s older sister sandwiches him with a smooch on his right cheek. “You’ve got like fifteen minutes before the ceremony starts. Go, go.”

“Wait,” Jongin interrupts, shooing his sisters and the other bridesmaids aside. “Gimme a minute first.”

“What is it?” Kyungsoo asks, finding it hard to meet Jongin’s eyes.

“I… I’m so glad you did this.” Jongin’s tone is so serious, Kyungsoo reflexively looks up from the ground to study his face.

Kyungsoo’s tongue darts over his bottom lip nervously, tasting the lipgloss and wiping it away with the back of his hand. “W-why.”

“Because I’ve been stressing all morning. Like, how am I going to get through this. I’ve been so on edge. And then I see you, like this, and…” Jongin takes a deep breath, while Kyungsoo holds his, hope filling up the silence.

“...and now I’m totally relaxed. It was perfect. You always know how to put me at ease. I couldn’t imagine anyone else up there with me but you. I can’t tell you how much your friendship means to me, has meant to me, since we were kids. Best friends forever, right, Kyungsoo?”

Jongin reaches out and thumbs over Kyungsoo’s cheek, repeating the motion a few times. “Jungah got lipstick all over you,” he chuckles, trying to rub it away.

Kyungsoo takes a step back, out of Jongin’s reach, and swipes at it. “Ugh, I better go change.”

“I won’t,” Kyungsoo says, turning and trotting off. The trot turns into a run. And then a full out sprint, to make it to the men’s room before the tears start to fall. He rips the dress in the process of getting it off, throws the veil into the corner of the room. Seated on the bathroom floor, head in his hands, he allows himself one minute of silent sobbing, quietly mourning in a way he’ll never allow himself to ever again.

Then he picks himself up, splashes cold water on his face, and quietly buttons his dress shirt all the way up. Concentrating, his fingers nimbly fix the bow tie in place, adjust the suspenders on his shoulders. Kyungsoo slips into his tuxedo jacket and feels for the inside pocket. He pulls out the ring case and pops it open. A plastic ring sits inside with a simple word in gaudy gold lettering on it: Forever. It’s so small, he can barely fit it over his pinky now. He closes his eyes and remembers six year old Jongin presenting it to him on one knee.

‘I love you, hyung. Be mine forever and ever. You promise?’

Kyungsoo plucks the childhood ring out and lets it fall into the trashcan, replacing it with the elegant diamond wedding band Jongin gave him yesterday for safe keeping. It’s time to replace old vows made by dumb kids with new ones made by respectable adults. Kyungsoo just hopes the bride knows how lucky she is.

Composed, Kyungsoo leaves the restroom, as ready as he’s ever going to be, to give away his childhood husband.

It's been awhile since I angsted y'all. I've gotten soft. Hope it was a good hurt /offers a tissue/ I have a happy drabble coming up next. Thanks for reading! Kudos and comments always appreciated <3