What if Harry had to leave for Hogwarts, carrying a shameful secret? One that Severus Snape is determined to discover. 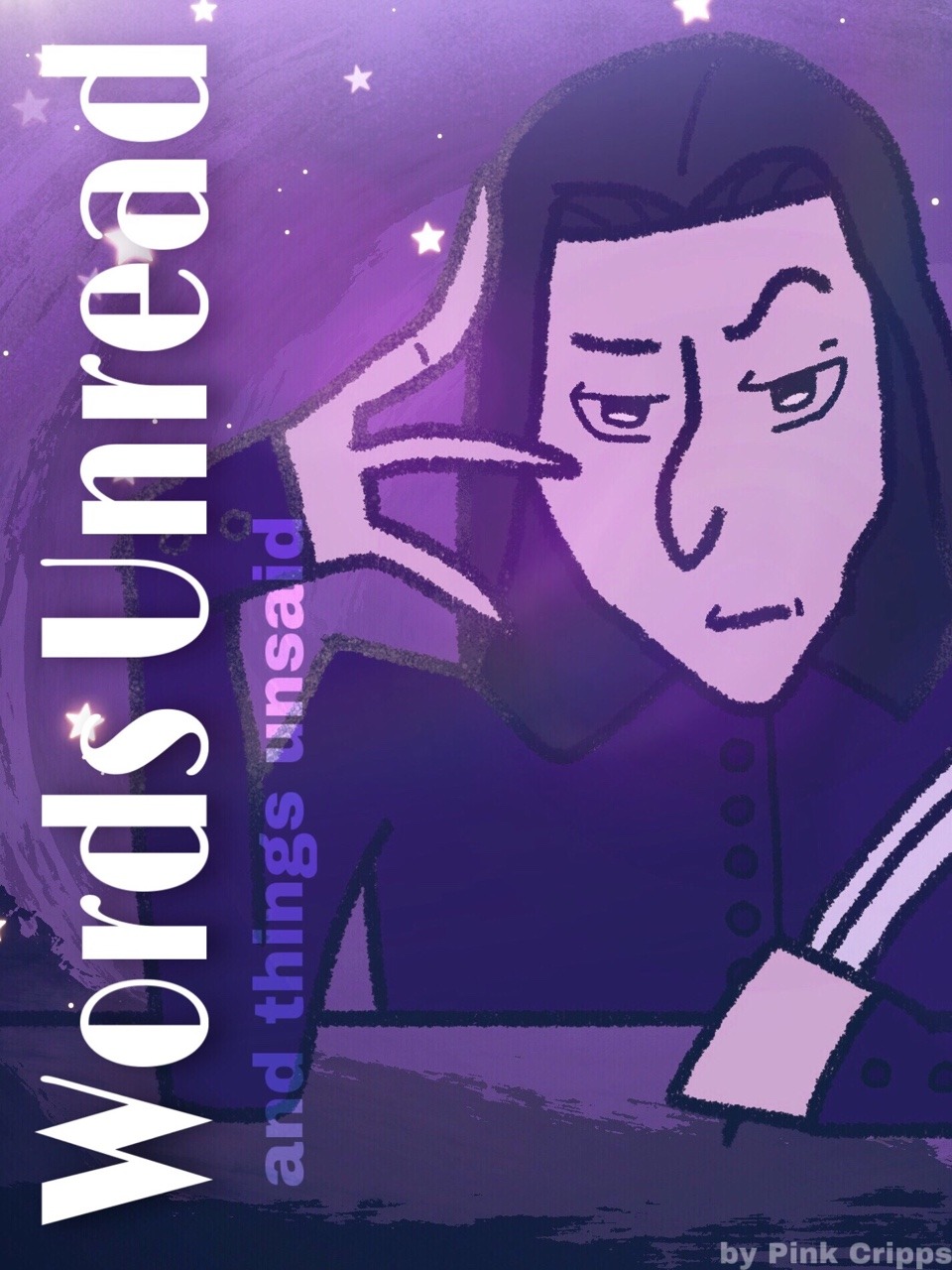 A ferocious pounding disturbs the silent darkness. “Get up, boy!” yells a voice from outside Harry’s cupboard door. Harry hears the latch being undone and waits a moment before pushing the door open.

Harry had been awake for a while by then. He always is, when Uncle Vernon comes around to wake him up. His blessed hour of quietness in the morning is much too dear to him to sleep in.

Harry trots his way to the kitchen, yawning as if he had just gotten up. He does not completely understand why he feels the need to hide his hour of solitude from the Dursley’s. Maybe he just doesn’t want it somehow taken away. Maybe he feels guilty for it because he knows he doesn’t deserve it. People only hide things they know are wrong, after all.

The smell of coffee wafts over him as he makes his way to the fridge.

“Lazy brat, if you had gotten up earlier, I wouldn’t have to be waiting to eat.” Harry refrains from pointing out he can’t get out earlier as his cupboard door is locked until Uncle Vernon unlocks it. The man isn’t quite himself before ingesting a few cups of coffee, and he says something to the same effect most mornings. So Harry mostly ignores him.

Harry takes out the milk, eggs, and bread from the fridge, deciding to make scrambled eggs and toast today.

He cracks the eggs on the side of the counter and lets them drop into the pan. Hypnotized by the gentle popping sounds that fill the air, he stares as the eggs slowly fry.

Sometimes, he wonders about the chick the egg could have been. Is he murdering a chicken by cooking scrambled eggs? Is he taking away its chance at life before it could even begin?

Like how he would have been if he’d died as a baby in the car crash with his parents.

Sometimes, Harry thinks he would have preferred that. So he doesn’t feel too bad about the chickens.

Harry shakes his head, realizing he had been spacing out for too long. He quickly adds a splash of milk—to make the eggs fluffy, he once remembered hearing—and uses a fork to scramble the eggs.

Not wasting a minute, he swirls and puts the bread in the toaster, knowing it was the whole wheat bread from the bag’s blue label. Aunt Petunia was as particular about her diet as Dudley was fussy about eating only tasty food. So Harry had to be careful they each received their correct type of bread.

Harry wasn’t as picky as either of them. He considered it good to have food to eat at all.

He could now hear Dudley lumbering down the stairs. “Mmm, scrambled eggs!” he moaned. Harry had to restrain an irrational rush of anger at the appearance of the heavy-set boy. He sighed internally, wondering for the nth time what was wrong with him. Dudley hadn’t even done anything yet, like push Harry down the stairs or throw away his food. Harry shouldn’t be mad.

Harry served the eggs onto a plate just in time for Dudley to flop into a chair.

Dudley didn’t reply, occupied as he was inhaling Harry’s food.

“Ah, a growing boy needs to eat,” Vernon said fondly. As Uncle Vernon often declared Harry undeserving of food, he wondered what he was in his uncle’s eyes, if not a growing boy.

“Well, you lazy brat?” Vernon said to him decidedly less fondly. “Do you plan to starve me? Where are those eggs?”

And that answered what Vernon thought of Harry. He tiredly served the eggs and went to butter the toast. As he gave it to Dudley, he heard a distinctive click-clacking coming closer.

“Harry, I need some tea,” commanded Aunt Petunia from down the hall. “And make the new Lipton brand, I want to try it.”

Harry froze in place, but forced himself to move to the tea shelf, knowing panicking would not help him.

Aunt Petunia now stood in the kitchen doorway, greeting her son and husband sweetly. And Harry had an idea.

She glanced over at Harry in annoyance. “Yes that’s what I said, boy.” And she eyed a yellow box on the shelf.

Harry picked it up, and when Aunt Petunia simply turned to sit at the table, Harry let out a sigh of relief.

Harry really hated not being able to read.

Later that day found Harry holed in his cupboard trying his level best to make sense of the gibberish in front of him. And as usual, the gibberish never magically formed into words.

They would for someone else, fumed Harry jealously. Just not me.

Familiar taunts—stupid! dumb! slow brat!—danced around Harry’s mind. He angrily tossed away the paper, suddenly unable to look at it any longer.

Harry didn’t want to look at anything. Sometimes, Harry wished he were blind. Then, he’d at least have an excuse for being illiterate. He squeezed his eyes shut to simulate the experience of blindness, and definitely not to block out his frustrated tears.

But it was made very clear to Harry from the beginning that ‘freaks like him’ didn’t belong in school around ‘decent, normal people.’

Sighing, Harry opened his eyes and returned the paper to the modest stack of papers he had amassed. They were mostly Dudley’s old homework papers, salvaged by Harry from the recycling bin. Sometimes they smelled a bit, and it was definitely degrading to have to dig through the trash like an animal, but it was the only way he could get his material.

Oh, feeling sorry for yourself again, Potter? Harry thought to himself scathingly. Pathetic. Selfish. There are people out there with way worse lives. You have no right to be depressed.

Harry tried considering himself lucky. He knew there were tons of kids who hated school. He should be ecstatic at not being made to go.

Actually, Harry wondered why he wasn’t made to go. He knew there was a law that mandated children to go to school; he’d heard Dudley complain about it.

But when he questioned Aunt Petunia about it, he had received a vague, muttered statement about his parents’ type hiding from the government, as they should.

Then she got a horrified look on her face, as she always did when caught talking about Harry’s parents, and later Uncle Vernon beat him up for being a prying little rascal.

The black eye and the sprained wrist and the sore bruises put a damper on Harry’s spirits for days.

Harry told himself to cheer up. His life wasn’t awful all the time! Like right now, he was fortunate enough to get a quiet afternoon to himself to study. Aunt Petunia could just as well be forcing him to weed the garden outside, or to scrub the floors, or to do the laundry. So he was grateful for this chance to study.

Harry picked up a paper from his math pile. Math always cheered Harry up. It always made him feel at least a little bit smart.

Math was easy because Harry understood numbers. You didn’t need to read to understand numbers. There were only ten of them to remember, and everything after that was just patterns. Harry was good at looking at the example problems and figuring out patterns.

Right now, they were learning fractions. Harry could tell Dudley was bad at them from the low percentage in the corner of the paper. 50%...which was the same as 1/2. Harry smiled, proud of his quick calculation.

His joy was short-lived, however, as the doorbell rang. That meant the mailman, and the mailman meant his quiet afternoon studying was over. Aunt Petunia always made him cook after the mailman

“Get the mail, boy!” She shouted, even as Harry was already crawling out of his haven.

Harry walked to the door and picked up the letters. He knew the only reason the Dursley’s trusted him with this task was they knew Harry couldn’t snoop and read the mail.

The letter on the top of the pile was strange-looking, though, and he stared at it curiously.

Then Harry’s eyes widened as he recognized his name.

It appeared...the letter was addressed to him.

Harry picked up the letter from the pile and held it in front of him, observing it blankly.

And he couldn’t read it.