Death Was Just The Beginning

What a difference a day makes…

Alec has been a loyal solider nearly his entire life. He was raised with it- for it…never for a moment questioned it. Any of it. Never questioned they were on the right side of this…after all they are Angelus- decedents of Angels…they are facing literal monsters: demons, goblins, shifters and other terrifying, nightmare creatures…How can they NOT be in the right?

But when an unexpected face reappears it throws everything he thought he knew out the window.

They’ve thought Isabelle was dead for over FIVE years…

It’s been a long, very difficult time for Alec, Jace and Max. But apparently as difficult as it was for them that was nothing compared to the hell Izzy had to endure. The hell she endured at the hands of her own people…The people she (along with Alec, Jace and every other Angelus youth) devoted their entire lives to.

But seeing Izzy…HEARING her story? Hearing the pain, anger and betrayal in her voice?

God…what a difference a day makes…

Oookay…you know when just the freaking intro makes me kinda want to tear up that does NOT bode well. This one is gonna be pretty serious and probably about as dark as I am capable of going. It’s very unlikely any of it will be overly graphic or traumatic or anything like that but even so we’re really not gonna be all sunshine and rainbows here…not even close.

We’ll find it here too, I promise.

This story I am both really looking forward to and really dreading.

I’ve never written anything like this and on a side note I LOVE the fact that Izzy is getting a good, strong storyline. I really love strong female characters and she most definitely deserves a storyline that’s hers.

Oh, one more thing? From here on out I’m gonna try (TRY being the operative word) to keep to just having 1 section per chapter whenever possible. When I started writing having the multiple parts was a good way to beef up chapters as they were pretty short but as I now regularly have chapters that go over 10k words and my average length of sections has went from less than 2 k to around 4-6k or more I think we’re good.

Stories are still gonna be long (Don’t worry) still a lot of shifting POV’s cause I really love that, and likely still some random meandering parts just because I can’t seem to help it but from here on out I’m trying to cut down on the ‘filler’ type sections and chapters.

Kay enough of me babbling…

Back to the actual story….

Chapter 1: What A Difference A Day Makes… 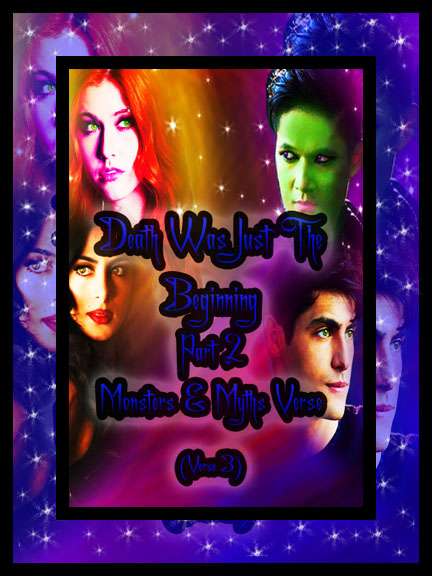 “Ugh” he grumbled, rolling over for what seemed like the thousandth time, trying in vain to stop his spinning mind, to quiet the racing thoughts and  torment for just a moment. Trying to get a tiny bit of peace and solace…but it seemed all but a lost cause.

Not that that was surprising.

Kinda hard to turn your mind off when you’ve just realized your mind has been pretty much off for nearly your entire life. When you realize the very cornerstone of your identity, your one absolute truth is anything but. That everything you thought you knew is wrong…is a lie.

When you spend your entire life giving everything you have protecting innocents from evil, threats and monsters only to find out that you’re in fact the monster.

God…how could everything change so much so quickly?

He’s a Lightwood- a protector through and through. It’s the very core of everything he is. Everything he’s ever known. It’s all he’s ever been, all he’s ever wanted to be. He’s a good, decent, righteous descendent of angels, a true defender of innocents. Dedicating his life, everything he has, to protecting humanity from the hidden evils of this world.

So many hidden evils.

Demons, goblins, magics, vampires, shifters, monsters…. literal monsters. Beings with fangs, claws, scaly skin, acidic venom, vicious barbs, spikes and spines, glowing eyes, and ferocious, animalistic tempers. Beings that literally prey on the weak, innocent or vulnerable. Magical beings that can bend the elements and even reality itself to their will and whim, that treat the natural law as little more than a suggestion. Beings that could enchant, enthrall and bewitch you, leaving you as little more than a helpless puppet for their own amusement.

Of course these beings were evil…they are literally the stuff of nightmares.

The war between the monsters and Angelus has been going for centuries. Longer than seemingly anyone can even really remember. The monsters were always there, just outside the human’s view, always right there, embedded with the humans, surrounding themselves with them, just waiting for their opening…and the descendants of Angels were always right there as well, ensuring they could not find it.

That is how it is…how it has always been.

He’s been a willing- at times fiercely enthusiastic- participant in this fight for near half his life. Fighting this war for well over a decade. His fought and fought and fought. Lost so many…taken even more.

There’s been so many losses, so many deaths, so much pain, fear and terror.

He has NEVER questioned it.

Not for one moment.

Not even when the fight took the life of his twin- his best friend and closest confidante. The one person in this entire world who ALWAYS had his back, without question, without hesitation. The person who knew him better than he even knew himself. The person who has been by his side- usually showing him up with a fair bit more flash and flair- from the day they were born right up to the day that horrible day she died.

Even then- on what was by far the worst day of his entire life- he never questioned.

He has dedicated his entire life to this. His siblings have dedicated their entire lives to this…pledged near everything they have to this fight. To the belief that they are in the right. That the fight is necessary, moral, just. That they are on the side of angels.

That they are good.

That HE is good.

They have dedicated their entire lives to a lie.

How has he NEVER questioned it?

Is he stupid, blind, freaking brainwashed? How the hell do you make it to thirty years old, fighting a relentless, unending hidden war and never- not even for one god damned minute- think to question why the hell you are fighting? Never take a step back and really look- REALLY question?

Simon got it right off the bat. He knew something was off, saw it, and he was smart enough to listen to himself, go the hard road….the moral road…the REAL moral road.

The kid can fight, Alec’s seen him fight. Simon could make it as a hunter no sweat. Hell given the right motivation he could even give Alec a run for his money. Simon CAN fight…he CHOOSES not to. He chooses not to because he saw it…saw the issues, saw the questions, saw the blanket generalizations for exactly what they were and was unwilling to turn a blind eye to it like everyone else.

Saw that it was wrong, hatful, flawed…j-just wrong. he told Alec this…told him exactly WHY he thought this…And still nothing.

Even before Simon flat out told him he knew there had to be more to it than just ‘the kid liked studying more than fighting’. He knew it wasn’t anything as simple as he was just too scared or timid to fight. The guy was about the farthest thing from a coward there was- and yet it never occurred to Alec WHY someone who could fight would choose not to.

God he really was stupid.

Simon may not have spelled it out in actual words before but there were more than enough clues, and Simon was his best friend. He Should have known the real reason. Though he doesn’t know why he’s so surprised he didn’t pick up on the subtle when even Simon flat out telling him exactly why he didn’t fight barely even registered as little more than a worry the kid may be too kindhearted for his own good.

He heard him damnit…And he just blew it off like it was nothing…just sweet, adorable, ever-so-slightly naive Simon seeing the best in everyone like always.

SIMON told him…his best friend…a person he trusts more at times than he trusts himself told him this was wrong…and he shrugged it off.

Alec saw none of it…Just his duty, his just, righteous mission.

God he was a fool.

How do you fight a war, fight  battles, take lives…god SO many lives… and never question why you are doing it…never question if it’s necessary?

How does that happen?

So much senseless violence.

To protect humans from the monsters?

He always thought he knew what side he’s on. He’s the descendent of angels… His people are the descendants of angles…they are on the side of angels…the good, just, moral side…

God he was a naive fool.

Does being duped into evil acts make you evil…or just stupid?

Does it really matter?

Does that actually change anything? In any way lessen your guilt?

It doesn’t and he doesn’t know anything that ever will. He knows what he’s done, it doesn’t matter why he’s did it or if he knew what he was doing or any of the rest of it…he did it. And he will have to live with it for the rest of his life.

He has no clue how he will.

He has no choice.

He gave a louder groan, rolling over yet again, agitatedly pushing himself up, turning flipping over his pillow, trying to get it into a relatively comfortable position, punching it with far more fervor than is necessary wishing he could just get up and head to the training room, go a few rounds with the heavy bag, try to work some of this out.

He wants to but he can’t.

Couldn’t take the chance of someone seeing him…questioning him.

As fragile and frayed as his nerves are now heaven only knows what he’d let slip.

He doesn’t know how she survived everything she did. Honestly neither does she.

But just because she did doesn’t mean him or his other loved ones would fare nearly as well.

After all there  are very few people as strong as Isabelle Lightwood.

Sorry for the kinda abrupt cut off and short chapter after such a long wait but it seemed like a good segue into Izzy’s POV. I know this is a bit vague and it’s just Alec spinning and beating himself up but we needed to get into the story somehow and jumping right into the flashback would seem even more abrupt…think this is a good lead in. Like I said this one’s gonna be a fair bit darker than…well…pretty much anything I’ve had but again it’s ME and I can only go so dark and I always find a way to balance everything out.

This one might not be as like ‘fun’ as my usual- but we will have a lot of action, a lot of drama, and a lot of strong, kickass female characters being awesome and saving each other (And some cute boys thrown in to lighten the mood and provide ‘eye candy’ lol)

The girls are gonna kinda take the heaver side of this one over but We’ll have plenty of Malec fluffies and Simon adorableness to even things out -hey we can’t let Alec beat himself up too much without Magnus and Simon trying to help…hell even Raphael may take pity on him.

So what do you guys think so far?