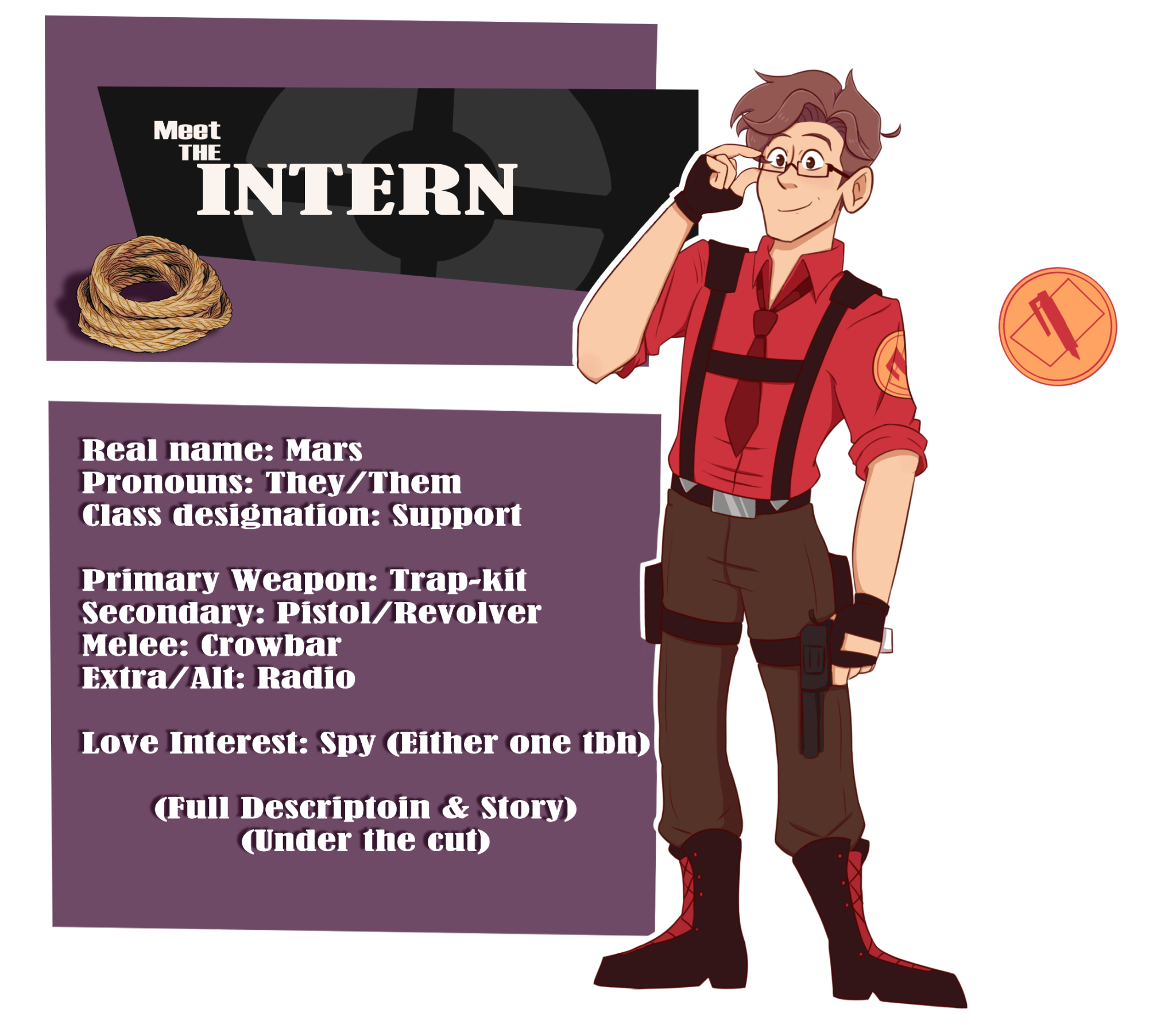 An intern for one of the Mann Co. offices that of course get caught up in the “war.” This happens when they look a little too much into Mann Co. as a whole, and end up being taken in by the Mercenaries. When the Administrator finds out they “know too much,” rather than just kill them she takes them in to work under the protection of the mercenaries, as she takes an interest in their “ bold decision to go against Mann. Co policies” (this is sarcastic of course, but she still takes an interest in their ability to quickly gain information) and the fact that “they’re aware she can have them killed at any time regardless.” They now work under fear of death but also gain a personal interest and friendship with the mercenaries.

They play off of the mercenaries as a “straight-man” compared to the wild and crazy ways the mercs and how nuts the whole thing looks to an outsider. Later on however they’re taught to defend themselves and are able to hold their ground surprisingly well (despite their original instincts of panicking).

IN-GAME STUFF:  (Even though I can’t see them actually an in-game character so really this is just for fun and non-canon except for their talent in making traps.)