With the support of the community, we've raised US$264,918.85 this drive. Thank you so much! (We accept donations year round, so if you haven't donated yet, there's still time to add your support!)

this fic was made by nem, possum, and brot from the worm cafe discord server B)

Tom held Redd in his short ass tanuki arms. “You rat bastard bitch I’ll never forgive you for what you did to me” Tom whispered sweetly in Redds ear. “uwu” he replied. “Give me back that goddamn Kungfu Panda 2 DVD.” he growled. “Fuck you it’s mine now.”

The tanuki shoved Redd down, into the grass. “You haven’t changed at all, have you?!” he barked. “You know, I really did think that you were bae. Turns out you’re just fam..” he stamped away, to sulk beside a tree.

Redd got up and walked into town, thumbing through Tom’s wallet which he secretly pocketed during the altercation. He was almost guilty, before remembering Tom is a capitalist pig, or raccoon or something. He honestly wasn’t sure. But he was sure of one thing. He was taking the kids.

He flicked a coin. (which should be impossible with his paws but lets just say uHHHHH this is a human hands au now, fuck u) (HOLY moly) Heads.

(nem made the tom nook with hands picture btw)

Redd sat and thought of a plan to take the kids back. Legally? Kidnapping? So many options. There was little reason to go through the trouble of the first option.

Tom was a trusting man. Redd still had Tom’s spare house keys, in fact. This would be easy as pie. (or so he thought) Tom had replaced the locks, so he had to get his thicc ass through the upstairs window. The children were asleep, but wouldn’t be for long. The clap of his dummy thicc ass was just too loud!
This alerted Isabelle, Tom’s guard dog. “Woof woof bark woof ruff” she said.

Lucky for Redd, Tom slept like he’d never wake again. Isabelle laid bacc down, thinking she was not getting paid enough to do this shit.

Redd rubbed his flesh hands together like the little bastard man he was, and continued on his way.

He reached the basement. He opened an off brand cereal box, to reveal all 17 of their children

He grabbed the worms by the strings, and walked out the front door with no trouble. Swinging them by the strings with reckless abandon, caring not about their cries for help.

He looked down at them, they all had his eyes. He felt a twinge of remorse, he wanted them to have a normal life but that raccoon bitch had to ruin everything. He could return them now and they’d forget by morning, or he could continue with the plan. Well, as Michael Jordan once said, “fuck them kids”

“Hey my name's Trey I got a basketball game tuhmorroooooo.”

“Shut the fuck up trey, daddy’s got a heist to complete” Redd picked up speed by naruto running and ran home. He suddenly realized Tom would know exactly where to look for the kids in the morning. He had to get out of town and quick.

Redd took off towards the nearest dock and stole some shitty boat. Like he could’ve chosen any of them but he took a shitty one idk anyway. He hopped on and sailed off, slowly they were lulled to sleep by the gentle waves.

The sun rose and so did Redd. He thought to himself, “you pulled it off you son of a bitch you-” but before he could finish that thought “MOTHERFUCKER I KNOW YOU'RE IN THAT BOAT. STAND UP WITH YOUR HANDS IN THE AIR” shit it was the water police. Redd put his hands up, glancing at the kids who were residing in a burlap sack. He wasn’t about to give up after all he’s gone through.

His hands remained in the air. However, his eyes roamed freely.

Ah yes. A real ass goddamn sword laid among crates and cobwebs. Redd was careful to scoot his feet over, towards the weapon.

The cop yawned, closing their eyes. He took his chance, and grabbed the real ass goddamn sword.

“SIR! PUT THAT DOWN, IT COULD HURT SOMEBODY!” Redd only laughed at that. “Oh really? It could hurt somebody? How about it hurts you?”

Taking the burlap sack of children, he jumped down from the boat in a way that was only possible in anime. All of a sudden, Redd had spiky protagonist hair and big expressive eyes.

He pointed the blade at them. “Let us go or I won’t have mercy.”

“I cannot allow that.” The water cop takes a large, irregularly shaped sword out. 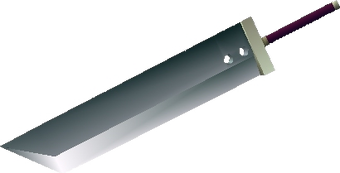 He removes his helmet, revealing spiky blonde hair. It's!!!!!! 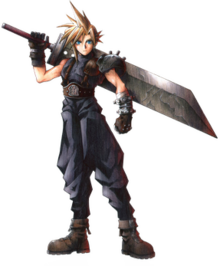 Redd slices their head off and sails the fuck away. They sail unbothered for the rest of the day.

By the time the sun starts to set, they come upon an island. “Well it’s too late to make any kind of a shelter so we’ll have to sleep in the boat again”

Redd managed to make a fire, warming everyone up for a bit.

tiso_and_squodward as well as 6 guests left kudos on this work!