In Elysium, that girl behind the white mask, begging for permission to come undone could be the Golden Girl. That man behind the black mask making her beg could be the Boy Who Had No Choice. In Elysium, anonymity is key. If you could be anyone, who would you be?

For those of you that are interested, come on over and join my FB group: madrose_writing 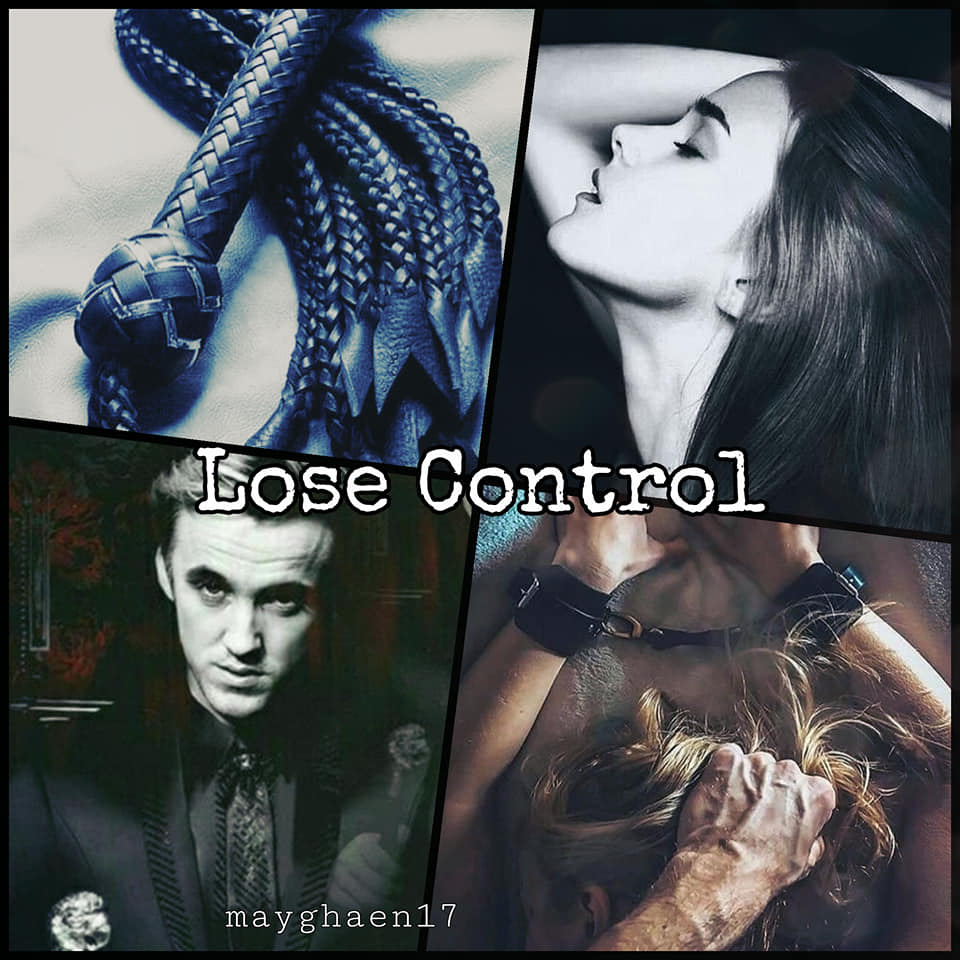 The war fucked everyone up. That was expected. When the dust settled, not even the victors came out unscathed.

Everyone found their own way to cope. Her therapist said that people's vices tended to match their personalities. That they would manifest from their most prominent traits. She couldn't argue that. Especially when presented with a plethora of perfect examples.

Harry had turned to alcohol. Being toted around by the Ministry and the Prophet as the Golden Boy and Savior was tiresome. Since entering the Wizarding World, all he had known was fame and he didn't like it. It was easier to tune everything out when you were chasing the bottom of a bottle.

Ron liked to gamble. Where Harry hated the attention, Ron craved it. He grew accustomed quite quickly to the money that comes with fame. Not to mention the scholarships and the promotions that followed. He was so used to being poor that he was always trying to increase his wealth. Even if he lost more than he earned, he would never stop chasing that pot of gold.

Ginny had anger inside of her that couldn't be touched. She was able to release it through Quidditch. She was notorious for how she handled a Bludger. And outside the pitch? Everyone knew better than to play with that fire. But that wouldn't keep her from chasing after her next fight.

Luna had turned to potions, but it was hard to tell how that affected her. She was just as aloof as ever. Always chasing after Nargles or some other invisible creature.

No one would ever figure out Hermione's vice.

And she had no plans to tell a soul.

They would never guess that the Golden Girl, someone who had spent the majority of her life saving others, would spend so much time chasing after a little death.

Hermione had tried to drown her sorrows, but she didn't have what it took to drink when she wasn't thirsty. Gambling wasn't her forte either. She was too logical to just make snap decisions and it only exhausted her further. She was angry, but as an introvert, never was able to let it burst forth. She had even tried potions, but after awhile, being numb made her feel worse than the lingering echoes of the Cruciatus.

The world would be shocked to discover the way Hermione chose to cope with the horrors of the war. The way she silenced her inner demons. For her, the only way to feel something was to lose control.

It had started with a blind date. One that was set up by her coworker. The date itself was nice, but Hermione didn't see it happening again. And when he made the suggestion about taking her to his place, she let her curiosity take hold and went with. Knowing that she wouldn't ever see him again and there were no strings attached enabled her to really let go and enjoy the moment.

And she enjoyed each moment after that too. At first, she went to the bar once a week, looking for her next one-night stand. Then it became two nights a week. But then the Prophet had run a story about the Golden Girl spending so much time with a drink in her hand without her friends so she stopped going. It was her Muggle neighbor that turned her onto a Muggle dating service. It was an entire medium just for hooking up and leaving. And for awhile, it was what she needed, but there was still something missing.

She found the last piece of the puzzle when one of her random hookups asked for something special. A part of her had been terrified of the rope when he showed it to her. She couldn't stop thinking about being pinned to the floor under the weight of Bellatrix's magic while being tortured. However, there was something thrilling about the idea of being immobilized while experiencing torture of another variety.

And it was everything she could have ever wanted.

She had never had her control taken away from her in quite such a manner and when it was over, she was already planning on how she was going to have it taken away again.

It had taken a few weeks, but she found what she was looking for. Elysium. A place where all of her fantasies could come true. Where she could place a mask over her face and let people do whatever they wanted to her for a few hours a night, once or twice a week. More if she wanted.

The club was invite only and it took her awhile before she was able to find her in. Her first night there had been as a guest during Preview Night. It the first Saturday of every month where the favorites were put on display and new commers could see if this was to their liking. They could participate or simply watch; entirely up to them. Completely enthralled, Hermione jumped at the chance to join and after a few weeks of learning the ins and outs, she made her debut.

As usual, she was a star pupil. Under her white mask, no one would know that the girl that begged so sweetly for release was really a girl who never asked for anything. That the girl who dropped to her knees the moment someone told her to was the one that could command a whole room just with her eyes.

A chorus of chuckles from her whines of denial filled her ears, but her body was too close to the edge for her to open her eyes and see them. She preferred to keep her eyes closed anyway; opening them made it real. Even though they couldn't see her, she could see them. She didn't want to risk breaking the fantasy for herself either.

"Please," she begged, knowing that's what they came to hear. "Please let me come. Please."

"Sweet, Hedone," the host for the evening cooed as she knelt beside Hermione. She placed her lips over Hermione's and her body jerked as she felt fingers slip into her core. The sound of her slick made her moan and she tried to arch her body to draw the host's fingers deeper in when she refused to move. She laughed into her mouth and retreated. "Would anyone like to reward her for begging so sweetly?" she asked the crowd.

Hermione whimpered with anticipation as the volunteer to finish her off stepped forward. She felt tentative hands roam her body, as if savoring the moment. "How should I finish you?" he asked, giving her nipples a quick tweak.

"However you desire, Sir."

There was a low chuckle and some excited whispers from the crowd. His hands trailed lower on her body, but still not where she craved the touch most. "Gods, you really are something," he muttered, mostly to himself. "I'm going to let you come, Hedone, but you have to beg. Never stop begging. Even as you peak, I want to hear your pleas loudly and clearly."

The pleas and cries fell from her lips with ease. Her volume increased along with his pace, something the crowd always went wild for. As his other hand rubbed at her clit, she felt someone's hands on breasts and lips on her neck. As she approached the edge of her release, she focused hard on making sure her words were coherent. And she must have been successful for when she was able to hear again, the crowd was going wild and the volunteer was praising her relentlessly.

And even as she left the club fully satisfied and ready to collapse with exhaustion, she was already counting down the minutes until she could come back and do it all over again.