A Bunny On His Lap

Shinsou Hitoshi enjoys teasing the sunshine incarnate with a bunny quirk a little too much, maybe.

Still, how was he supposed to know Midoriya would tackle him to the ground and sit on top of him until he'd apologize?

How did this happen again?

The purple-haired male grumbled, gritting his teeth as he felt the weight on top of him shift.

1-A's sunshine resident gazed down at him with a pout, his already round cheeks puffed out as his little nose scrunched up adorably so, his normally perky bunny ears fallen back against his head, Shinsou able to feel the way his little tail twitched too.

With the way his hands rested on his chest too as he leaned forward...

Honestly, how did he get here?

Fifteen minutes ago, Shinsou and Midoriya had been the last people left in the common room as 12:40AM rolled around, Shinsou playing a fighting game on the TV.

Midoriya had been doing his own thing for over an hour already, muttering about something he was watching on his phone and taking notes before he got sidetracked by the game on TV- Shinsou having noticed from the corner of his eye how his ears tilted forwards and his whole body began to lean towards it as well, something he had already noted the other always does whenever he's interested in something.

The round he was playing against CPUs ended soon and Shinsou cocked his head at the boy with a bunny quirk. "You wanna play?"

"Do you wanna play the next round?"

The curly-haired teen stared at him for a second before he began to mumble, averting his eyes. Shinsou shifted to lean against the armrest at his side more, waiting patiently for his answer before the other straightened with a small smile. "Sure! I'll try."

Shinsou grabbed another controller for him quick, handing it to him and sitting back down in his previous spot, Midoriya putting his phone and notebook to the side before scooting a bit closer with his legs tucked underneath him; Shinsou glanced at his big bunny feet and knew despite their cute looks they could behead a man.

Back at the character select screen, Midoriya was only slightly overwhelmed by all the character options, opting for a certain squishy, round, pink character though.

"Fitting..." Shinsou mumbled. Midoriya pursed his lips, tilting his head at him. "What is that supposed to mean?"

"You're both pretty squishy looking."

The green-haired boy sputtered for a moment, grumbling something along the lines of "Don't call me squishy..." as the match began.

He walked himself off the stage once, accidentally used his down + b move while not being over the stage, and Shinsou easily knocked him off another time.

Shinsou was really trying not to laugh, he swears- But with the other's final death he burst out cackling.

Midoriya gawked at him, his cheeks growing warm. "First of all, shhh! Second of all, listen- I only ever played the one for the Gamecube... "

The curly-haired teen grew redder. "Give me another chance! I swear it was just a fluke-"

Rolling his eyes, the insomniac wore a lop-sided grin as he went and chose a new stage for them.

Midoriya tried to steel himself in preparation for the next match, hoping to not embarrass himself as badly.

After another record breaking speedrun of loss of lives, Shinsou broke , cackling too hard.

"Y-You suck so hard what the f-fuck-" More laughter.

The bunny's brows furrowed this time and he pulled his feet up to himself, kicking a foot out to hit him.

Shinsou jumped out of his seat, still grinning as he tried to calm down from his laughing fit.

He didn't expect Midoriya to fully launch himself at the other.

The taller teen just barely managed to stumble to the side.

"Oh my god, come on Midoriya, aren't you overreacting just a- oof-! "

Shinsou was tackled to the ground, the shorter teen having headbutted his chest and thrown his entire body weight into him.

That was how he got here.

Midoriya had sat up on top of him after the initial tackle, whining his name; Now glaring down at him.

Midoriya opened his mouth to respond before quickly shutting it again.

"Shinsouuu... You're always teasing me, you know? And- I never know how to respond, but I want to get back at you some how..."

Shinsou was really doing his best to keep his cool- Really. With a killer pair of thighs straddling him though, belonging to none other than his crush, it's hard to focus and think properly.

Midoriya must have noticed something. Slowly, he relaxed a little on top of Shinsou before his ears perked back up a bit again, tilting his head at him.

Literally, who gave him the fucking right to be so cute.

Letting out a shaky sigh, Shinsou tried to get out of the situation he knew he couldn't last much longer in.

"Alright, alright- You win, get off of me now."

"That's not an apology."

"I am so sorry, Prince Thumper; Now if you may please remove yourself from my lap-"

Midoriya blinked at him before tightening his thigh-hold on Shinsou's hips again, leaning forwards, his nose wrinkling cutely once more.

I have no control of myself, it's all over for me-

Shinsou could feel his own face heat up, shifting slightly underneath him but immediately needing to stop as he felt friction in a certain area which also really wasn't helping.

The bunny-quirked teen felt some own flush come to his cheeks, as well as a grin spread across his face. He leaned forwards more.

Shinsou grabbed the front of Midoriya's shirt and pulled him in the rest of the way so their lips met, the other tensing up for a second before proceeding to just melt into the kiss; The taller moving his lips against the shorter's a bit, eliciting a small whine from the back of his throat and... wait, was that thumping?

Breaking the kiss, he looked down to the side to see how Midoriya's foot had been thumping against the ground.

He stared for a moment before slowly looking back up at the other, the bunny-quirked teen's face growing beet red.

Shinsou couldn't help but grin even though pink dusted his own cheeks.

"Really, Izuku? I was just joking about the Prince Thumper thing. Does your foot always do that when you get excited? Did my kiss get you that excited?"

"S-Shut up!" Midoriya huffed, his ears flattening against his head as he went to hide his face in Shinsou's chest.

The purple-haired teen sat up enough so he didn't need to support himself with an arm, Midoriya curling into his chest on his lap.

"Aw, there there bunny..." Shinsou chuckled sweetly, bringing his hands up and smoothing down his soft ears, craning his neck to the side and watching as his little tail twitched.

"I swear... I'm gonna find ways to make you feel as embarassed as you make me fe- eel!-" Midoriya yelped at the end as he felt one of Shinsou's hands come to rest on his lower back, the other on his hip.

"Good luck, if you react this much to such tiny touches it'll take you a while." He lightly trailed his fingers across the areas his hands had rested, one of them brushing against his tail whiched caused his foot to begin to thump again.

Shinsou couldn't help but laugh, placing both of his hands firmly on the other's hips.

The teen on his lap whimpered, clutching the fabric of the other's shirt pushing his forehead against his chest further as his tail twitched.

"Your tail betrays you, bunny."

"You're literally a bunny."

"When you say it like that you turn it into a pet name though..."

"Do you mind being my pet bunny?"

"Aw, consider it at least."

" Maybe if you stop sounding gross then- A-ah! Hitoshiii..! Stooop..."

"Aw, are you trying to threaten me?

"You'll know when I really threaten you. Trust me."

"No no, I know- Your thighs could totally crush my head. I'd allow it honestly."

"Come on, you know you're at least a little bit flattered."

Midoriya laughed. It was light and airy, and it made Shinsou feel soft. He couldn't help but laugh himself; This time, it being a bit of a different one compared to the cackling he had done earlier.

He wouldn't mind falling into this kind of situation with Midoriya more often.

edit 6: there is now an extended explicit version of this fic if that's something you'd be interested in-

edit 5: the multichap fic is finally up !! check it out by either seeing the previous work in the series or clicking here !

edit 4: i've drawn bunny izuku many times now since i wrote this but i thought y'all might like this one,,,, 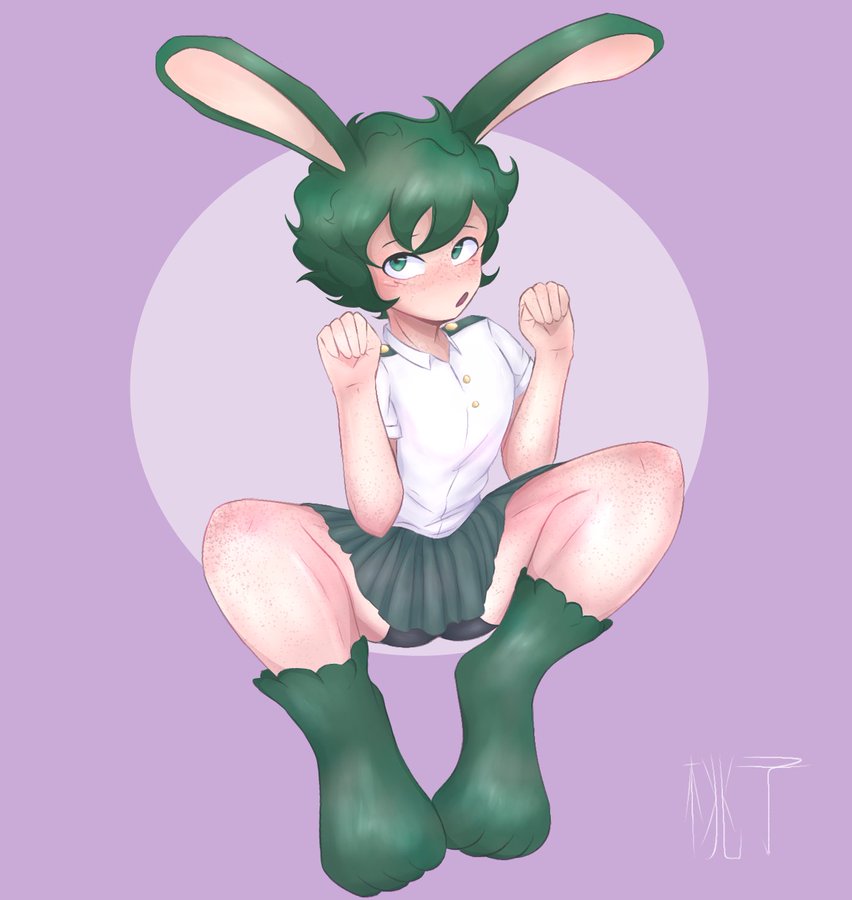 edit 3: i'm out of control someone please stop me (or don't) 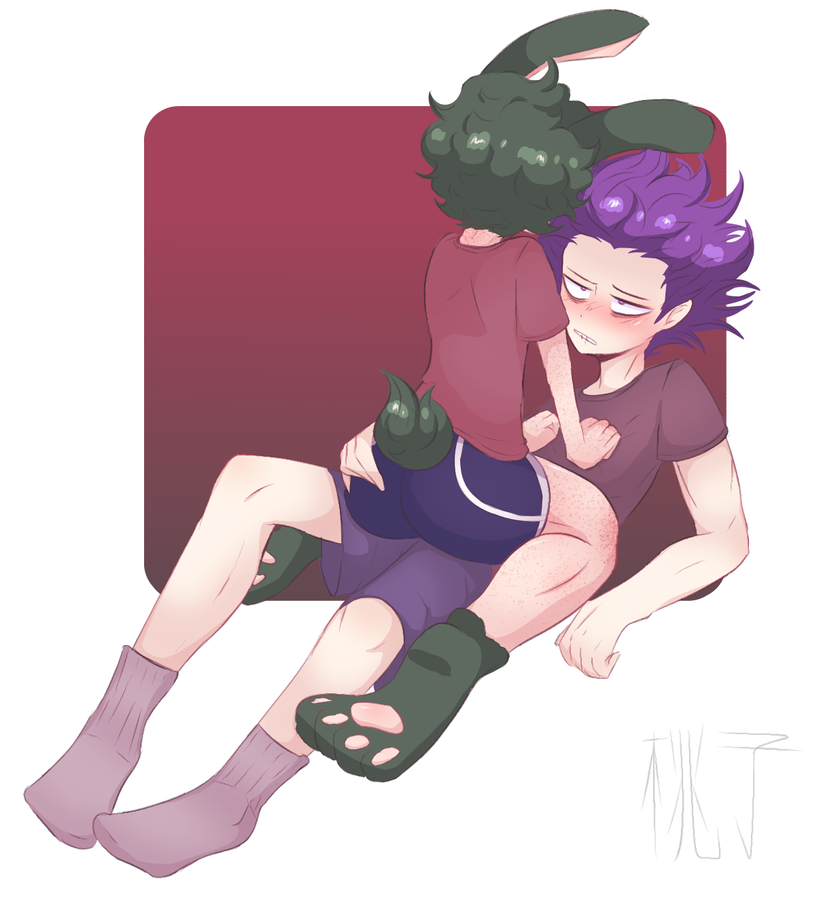 edit 2: i drew both of them together lamvwlvmarj 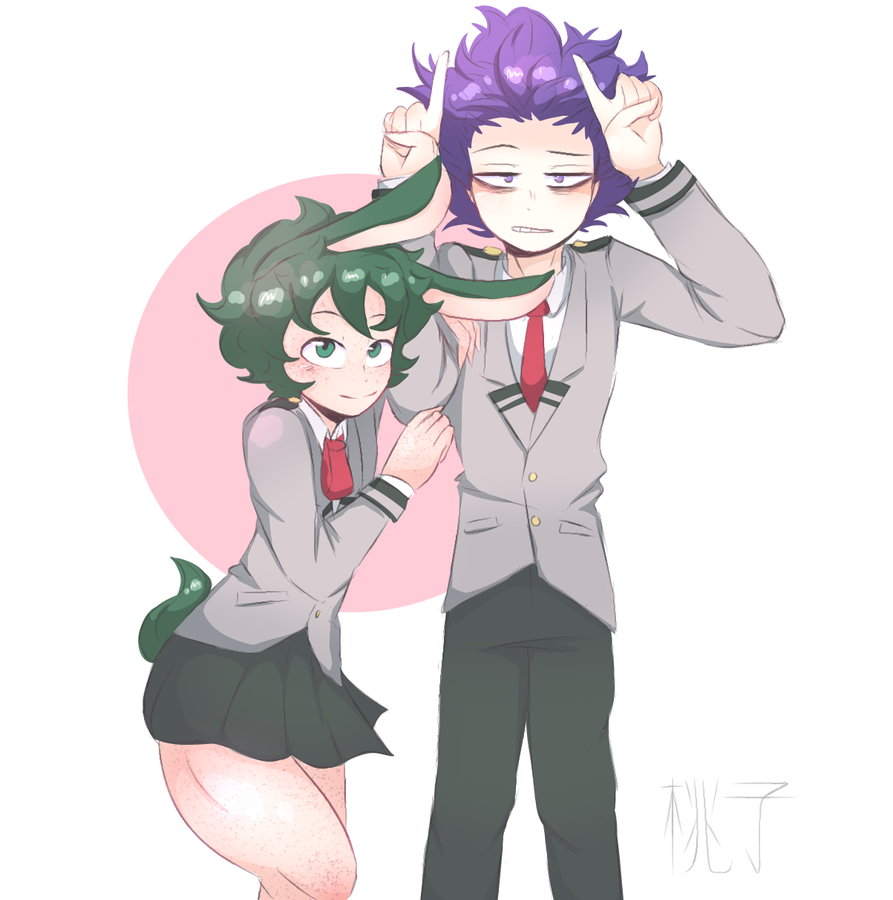 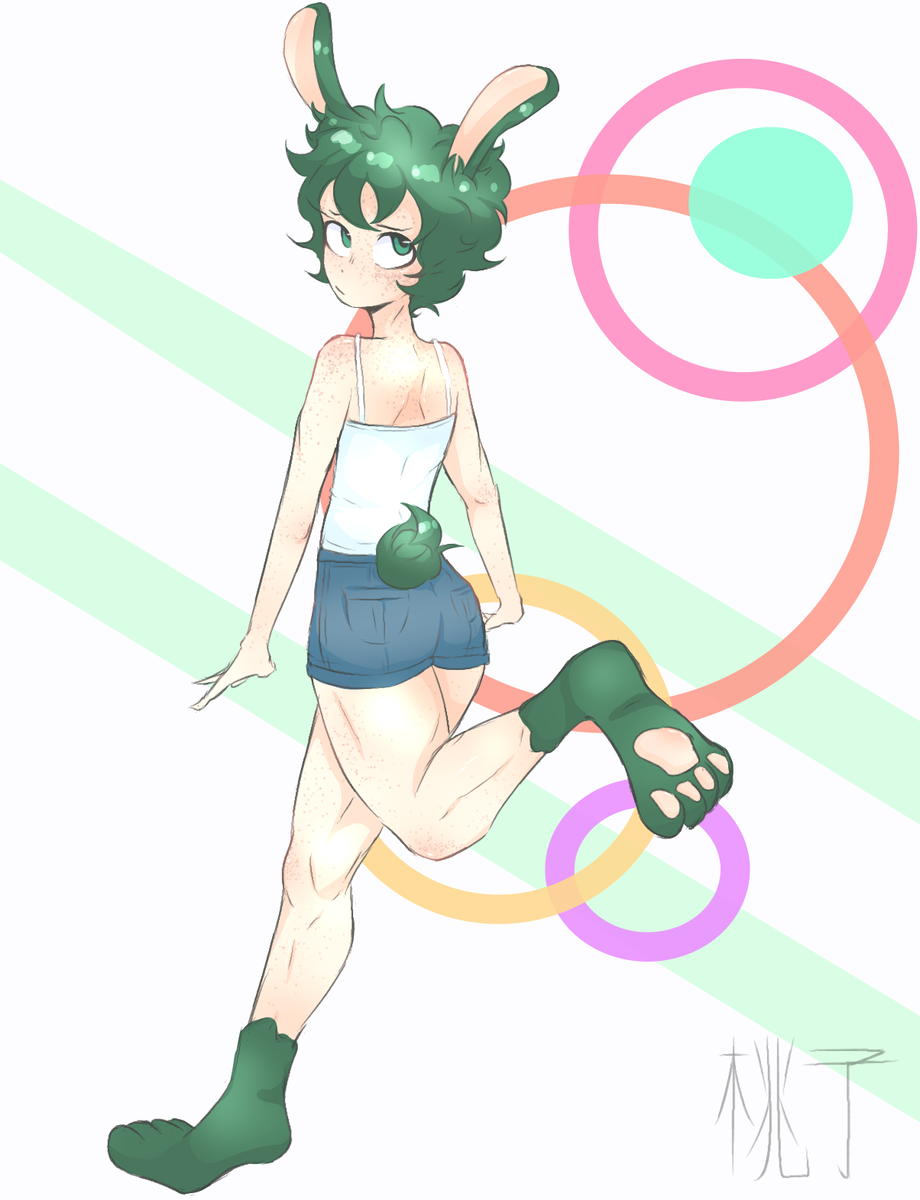 i have an actual full-on bunny izuku au planned which i hope i can start eventually, i need to plan it a lot more still first though !!
__________ 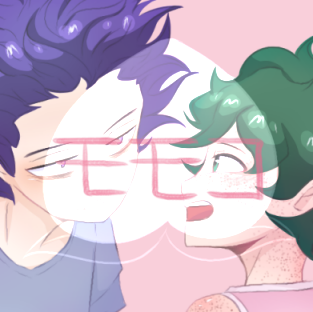 Feel free to message me on Discord to chat ! momoko モモコラブ#1099
I'm always looking forward to vibing with new people, especially those who share love for Hitoshi and Izuku as well !