Harry performs a ritual that sends his soul back in time. He ends up in the year 1968, as a new person, the only daughter of Charlus Potter and Dorea Black. She wants to befriend Snape and help him avoid the mistakes that ruined his life. Harry's presence in the past will change more than just Snape's life though. FemHarry/Snape. Teacher!FemHarry. Student!Severus.

I decided to revive this old story and change it slightly. It's set in the Marauders' Era and it will be a FemHarry/Severus (like the old version). It will be a Teacher/Student story in reverse, because Harry – or rather FemHarry – will be the teacher and Severus the student. And obviously Older Woman/Younger Man (not as much age difference though, 8 years instead of 20 like in Harry's time). Though not underage, Severus will be seventeen at least when anything happens.

Dumbledore will be his usual misguided, manipulative self (that's how I see him in Canon at least), but not Dumbledore bashing. Sort of but not really Marauders bashing (it's just that James and Sirius were bullies in school and Remus always turned a blind eye, that's just canon. And Peter…well, I don't think I have to add anything about Peter).

Also, sort of but not really, Lily bashing (it's just that as far as I'm concerned Lily was not the perfect, kind witch and perfect, loyal friend that Severus and pretty much anyone else think her as. She was heavily flawed, as much as she was certainly brave and a powerful witch. Severus sort of obsessed over Lily and attached himself to her in a obsessive way because he basically had no one else. His parents, enough said. His housemates probably looked down on him because he was a half-blood, the rest of the school looked down on him because he was a slytherin. He only had Lily and then he didn't anymore. I don't think he really loved her in a romantic way as he convinced himself he did. It's just that he never learnt the difference. But that's just my opinion).

Also, this story is sort of inspired by Orange Lilies for Disdain by Lunarlooroo and my two favourite Harry/Severus time-travel fics that has Harry as a teacher: 'Tapestry of Fate' by Minxie and 'Escaping the Paradox' by Meri. But, of course, mine will be different. Though, if you find similarities with these stories, that's why.

Hope you like it, tell me what you think! 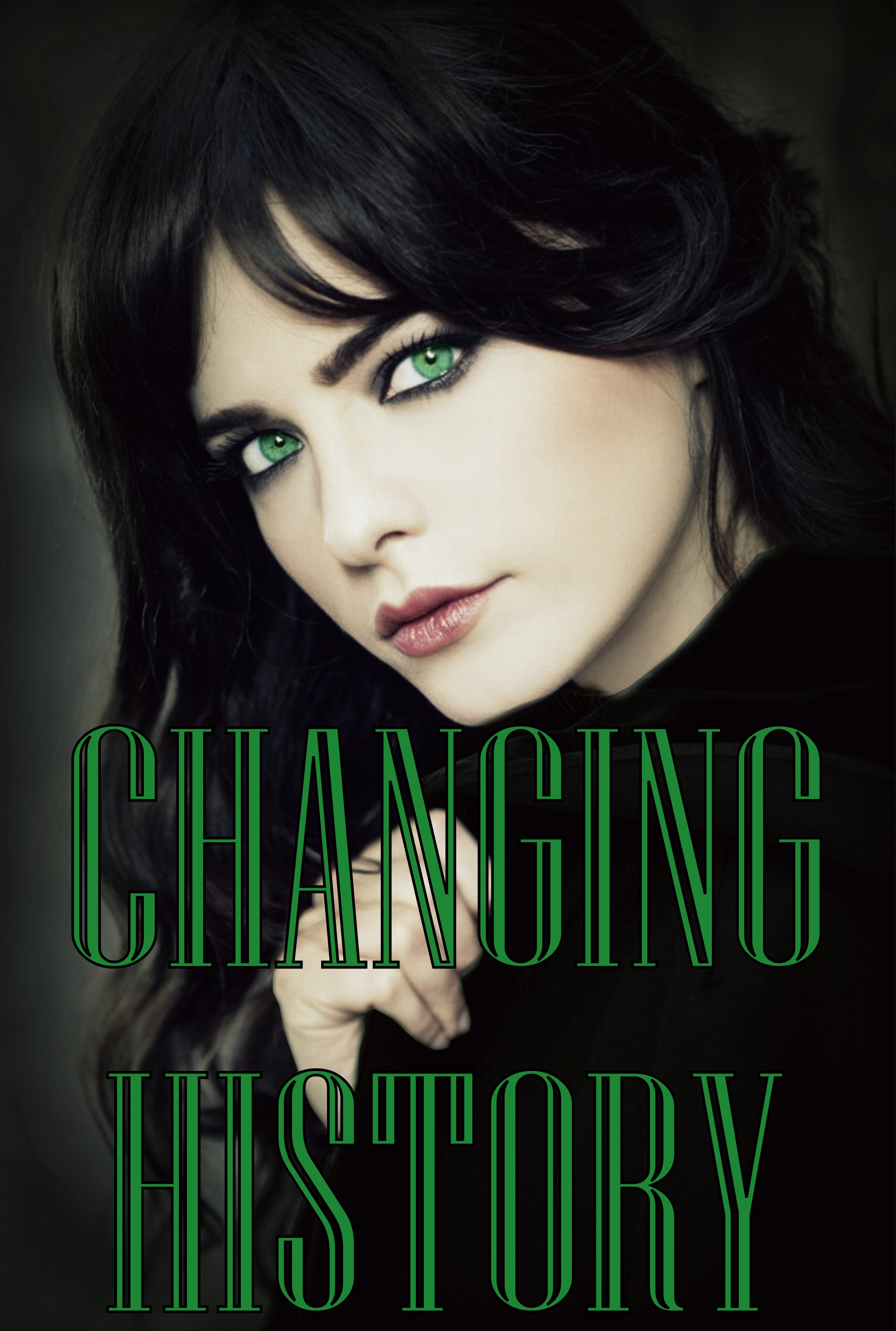 Harry knew that what he was about to do was probably the craziest, most foolish thing he had ever done and if Snape was there, he would tell him exactly that but that was the point, wasn't it? He wasn't. Snape was dead like countless others. He wasn't naive enough to think that he could save everybody by doing this but he hoped that by killing Voldemort before Harry was even born, a lot of people's lives would be spared. And yet, that wasn't the main reason why he was doing this.

Or maybe because in hindsight, he should have realized that his obsession with the Half-Blood Prince wasn't exactly normal. Not to say that he had ever been attracted to people of the same sex as him – or at least, he hadn't give it much thought one way or the other – and it wasn't like he had actually found Snape physically attractive either. And yet, he had been attracted to his mind. Snape had been so smart, going as far as inventing his own spells and improve the potions' recipes in his sixth year, maybe even before that. Before finding out about the Half-Blood Prince book, he had thought Hermione was the smartest person he knew, but Snape was on another level entirely. And he had been so brave. He had been without doubt the bravest person he had ever known.

Of course, by going back in the past, he didn't actually expect for anything romantic to happen between them. Severus had been in love with his mother after all. And Harry wasn't even actually sure if what he was feeling was actually romantic in nature or simply admiration.

He had spent the last five years after the war watching Snape's memories again and again, studying obsessively Potions and Defense and even Dark Arts spells. He had abandoned any aspiration he had of becoming an Auror and instead dedicated all his time to magical research. He had even managed to invent his own spells – just three for now, but useful ones – and a new potion – a simple one, nothing to brag about –, beside making his own alternations to some standard potions, but for someone who had been absolutely hopeless at school in Potions, it was a great improvement. All so he could feel somewhat closer to him. He was like a man possessed.

That was the main reason why he was now in the library of Grimmauld Place, about to try a dark ritual that might end in his death if anything should go wrong. He couldn't let him go. And maybe he was being stupid and naïve and sentimental and arrogant but he felt like it was fate that he found this particular ritual in the Black Family Library. And now that he had found it, he couldn't ignore it. He had to try. And he had no intention of letting Hermione or anyone else talk him out of it. Reason why he had put up wards to prevent anyone from entering Grimmauld Place.

He kneeled in the middle of the circle he had traced with his wand and his blood on the library floor and opened the book at the right page. The ritual itself was actually pretty simple and straightforward in nature. He just needed to drink a few potions, pronounce aloud a spell and that was it, really. The problem was he needed to concentrate in what exactly he wanted to accomplish and when exactly he wanted to end up or he could actually die for real. Because, unfortunately, the last part of the ritual required for him to die. It was his soul that would travel back in time, not his body. Once done that, he would never be able to return to his old life again so he needed to be absolutely certain of what he was doing.

He took a deep breath and started to pronounce the words that would change his life forever.

The ritual he had found was almost perfect, nothing like a Time Turner and no risk to create paradoxes. That was because, even if Harry Potter would be borne again by James and Lily Potter the 31st of July 1980, he would still continue to exist because, for all intents and purposes, he would be another person entirely. He would retain all his old memories and his awareness of himself but he would find himself with a new body, a new identity, perfectly tailored to who he was, a perfect fit for his own soul. But while he would retain his old memories, he would also gain the memories of the person he would become. Even if he wouldn't stay himself completely, he would at least remember who he used to be and what he was supposed to change – at least that was how it was supposed to work. He would cease to be 'Harry Potter' certainly but, at least, he wouldn't completely cease to exist.

Once done with the spoken part of the ritual, he needed to proceed with the second part. He drank the first potion that would help him reach the right level of relaxation necessary to complete the ritual. Under the effect of this potion he would be completely separated from his emotions. He wouldn't feel fear, apprehension, doubt. His mind would remain clear to complete the last part of the ritual. He drank the light green potion in one go and felt immediately the effects. It was like seeing everything that was happening around him and what he was doing from a distance. He breathed deeply again and closed his eyes, trying to connect with his magical core. It didn't take long. Since the final battle he had been more in tune with his magic, always feeling it thrumming under his skin. Since he had gotten rid of the horcrux inside him, it was like he had experienced a magical boost. He had always been powerful, but his magic had always been chaotic, somehow reflecting his mind. Now though he was even more powerful than before and his magic responded to him almost instinctually. There were times that he didn't even need to think about a spell because his magic knew in advance what he needed and reacted to it.

The other thing he needed to think about was why he was going back in time. He concentrated on images of Severus Snape, as a child, a teenager and an adult, and his desire to become close to him and improve his life. Maybe it was arrogant of him, thinking that his presence could somehow make things better in Snape's life but he knew what Severus needed to avoid making the mistakes that had ruined his life. He deserved to be happy, more than any other person he had ever known.

Finally the last part of the ritual. He needed to drink two other potions, almost simultaneously. The first was a poison that would kill him in a little more than ten minutes. He would simply long to sleep and he would never wake up again. The second was a potion to rescind the link that connected his body with his soul, not dissimilar to the one Voldemort must have used to create his first horcrux. It was fortunate that he couldn't feel anything anymore or he was sure that he would be full of doubts by now.

'Here we go' he thought before drinking the poison. He didn't feel anything but he didn't stop to wait for anything to happen. He immediately drank the last potion. The pain was comparable to the Cruciatus Curse and he couldn't help but cried aloud at that. Luckily it didn't last long. A few moments later he could feel his eyelashes grew heavy, the desire to sleep impossible to resist. A moment later his head hit the ground he was sitting on and he knew no more.