The Voyager crew are being discreetly observed by a superior race, The Superiors. They are obsessed with inferior races` mating habits, beauty and other human traits and emotions as well as other species` systems of governments. This race likes to bully "inferior" races, to the detriment of most, by keeping themselves inconspicuous while experimenting, toying around with their physiologies, and observing them without gaining consent of the subjects.

Janeway and Seven are very good friends. They are aware of their mutual attraction, but neither of them have done anything about it yet. Well, Seven is trying to send very clear signals....

IN THE TURBO LIFT

I am cold, tired and hungry. Janeway complained to her friend while leaning against the lift`s bulk head. Seven stood opposite her, a small smile gracing her lips.

You are cute when complaining...Seven got a slap on the wrist.

I`m not cute! Janeway felt the need to justify her "not-cute" status.

Whether you think you are cute or not, i am going to prepare you a feast fit for a queen...and then take you to bed where i will  warm you up in my arms. Seven said in a matter of fact tone. She looked at a fixed point straight ahead, above the captain`s head. Janeway smiled and shook her head. It was clear who was taking a bold step in attempting to woo the other.

I N THE SUPERIOR`S OBSERVATION LAB

I believe the red haired female is the leader and she is aware of the attraction she has towards the tall female. She is, however, reluctant to act on her feelings. Ex said to its younger blob-looking colleague.

Hmm, you have a point there, Ex, but how did you know this is so? Wy was perplexed by Ex`s observational skills.

It`s quite simple, really. I read in their database that leaders are not supposed to fraternise with their underlings. If the red haired one is the leader, then it logically follows that the other is her underling.

We must maintain our inconspicuous experiments if we are to yield accurate results. We must remain invisible to them so that they can continue to act naturally.

You know, Ex? Sometimes i wonder why we bother experimenting on these inferior races. Their mating habits, their rituals and the minutiae of their pitiful everyday existence? Do you think it is worth wasting our resources on them?

You are unaware of many things, young blob, Wy. For instance. Did you know that we used to be like them? Our mating habits were long and tedious, just like theirs. Their intercourse is messy and unappealing, just so they can reproduce. Some of their kind, such as these two females... Ex said. It pressed a few buttons on a solid console which looked too hard for its spindly arms to handle. A few moments later, a giant view screen came to life. Janeway and Seven were seen in Voyager`s turbo lift standing across from each other.

...are going to merge into one. I know their methods are inefficient, but we were once like them. Now, we simply attach our lovers` gonads to ourselves. It is quite satisfactory, really, and whenever we want to reproduce, we simply do so! 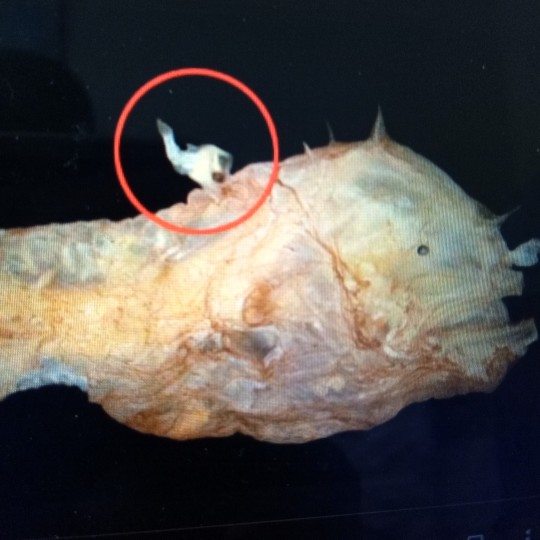 Yes, i know, we simply love ourselves. It is quite satisfactory, really. Wy, the younger thing chipped in with interest.

IN THE TURBO LIFT

Captain, i believe we are being watched...Seven said, while still facing forward at a spot above Janeway`s head.

I do not know.

So, it`s just a hunch then?

Hunches are irrelevant. It is true.

How do you know this?

I... just do. Seven frowned. She had a glimpse of a ship with a giant monitor showing she and the captain in  turbo lift. It was just a quick flash of thought which crosssed her mind for a milli second or so.

I...believe you, but we need to prove that we are being watched. What did you see anyway?

I saw...us, we were right here in the turbo lift.

Janeway frowned and looked around the deck on her feet and then up at the bulkheads as if she was expecting to see a secret security camera above her head and sighed. The turbo lift doors opened for them. They exited on deck three, the executive deck, and headed for the captain`s quarters which they shared.

On the bridge everything seemed normal. Chakotay sat in the captain`s chair updating the duty rosters. He briefly thought of the captain`s return from the Away Mission she insisted on going, and he wondered why Seven insisted on accompanying her, instead of Tuvok, the security chief. He also wondered why Janeway tended to have a beautiful smile he had ever seen on her face when she was with the young Borg woman, yet when he attempted to make the captain laugh, it always seemed to be forced. He sighed and continued with his work.

Let me know your thoughts if you like it. A kudos will be nice too :>

badwolfkaily and astubing as well as 1 guest left kudos on this work! (collapse)