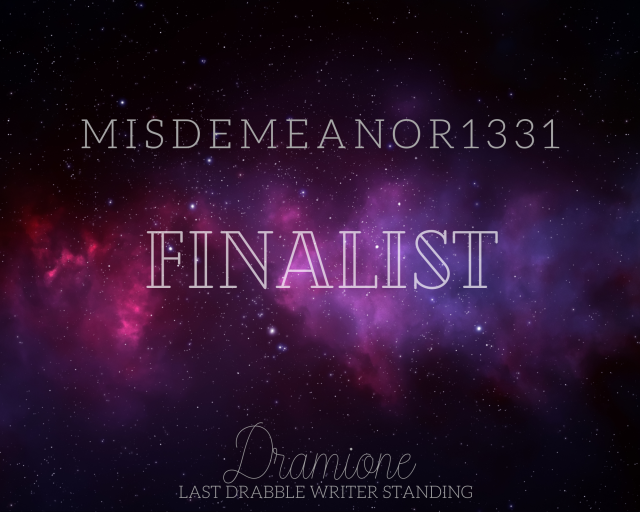 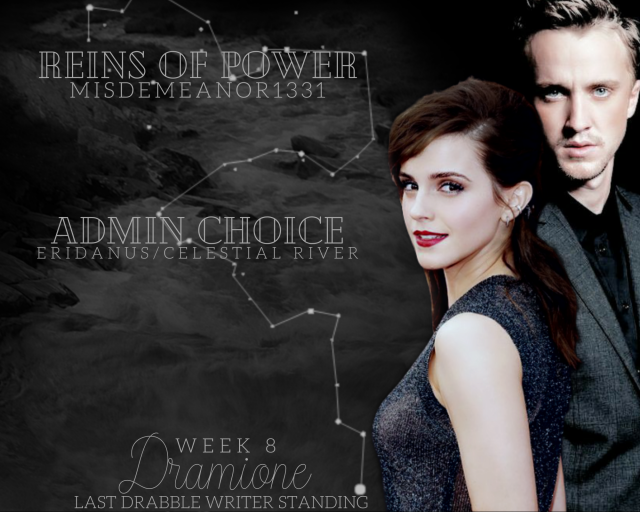 The room erupted into applause as yet another county turned purple.

It wasn’t surprising: every reputable pollster had Hermione leading by at least six points. But to see the predictions bear out, to know what they meant…

She smiled at Draco, and a sudden wave of tenderness brought tears to her eyes. He noticed—after fifteen years of marriage, he always noticed—and offered his hand.

They navigated through the excited crush of her campaign staff. She did her job, nodding and smiling, congratulating and thanking, while Draco deflected offers for photos. He closed her office door.

Hermione leaned against her desk, arms crossed. Her doubts had been growing with her poll numbers over the preceding months. Only now, with her victory assured, did she feel the enormity of her accomplishment.

Draco closed the gap between them. “It won’t be because it can’t be. You hold the reins of power now, Hermione. You have a responsibility to your constituents. And because of the work we’ve done, you’ll actually be able to keep your promises.”

She could’ve used money and influence to gain an advantage. In those early days, when her campaign was struggling to attract donors, she’d seriously considered it.

But Hermione had decided against.

She didn’t want to be indebted to special interests: a representative of the many controlled by the few. She needed to be clean. Only someone with unquestionable integrity could implement sweeping social and economic reforms without losing the public’s trust.

Another cheer drew her eyes toward the office door.

Draco grinned. “Remembering why you wanted to run?”

“Remembering that we planned for this,” she said. “And you’re right: there’s too much at stake. Equal rights and representation for Beings of all colors, creeds, and orientations. Faster, more affordable access to healthcare. An equitable tax structure that ensures the wealthy pay their due.”

She stood tall, smiled as Draco captured her lips in a kiss.

“Let’s head back out,” he suggested. “We have a long night of celebrating ahead.”

“Indeed we do. And when the sun rises tomorrow, it will shine upon a more equitable world. Are you with me?”

A nod to her campaign slogan. He took her hand and kissed the back of her palm.