Written for the Dramione Last Drabble Writer Standing - Round 2 Collection. Each week is a new constellation. 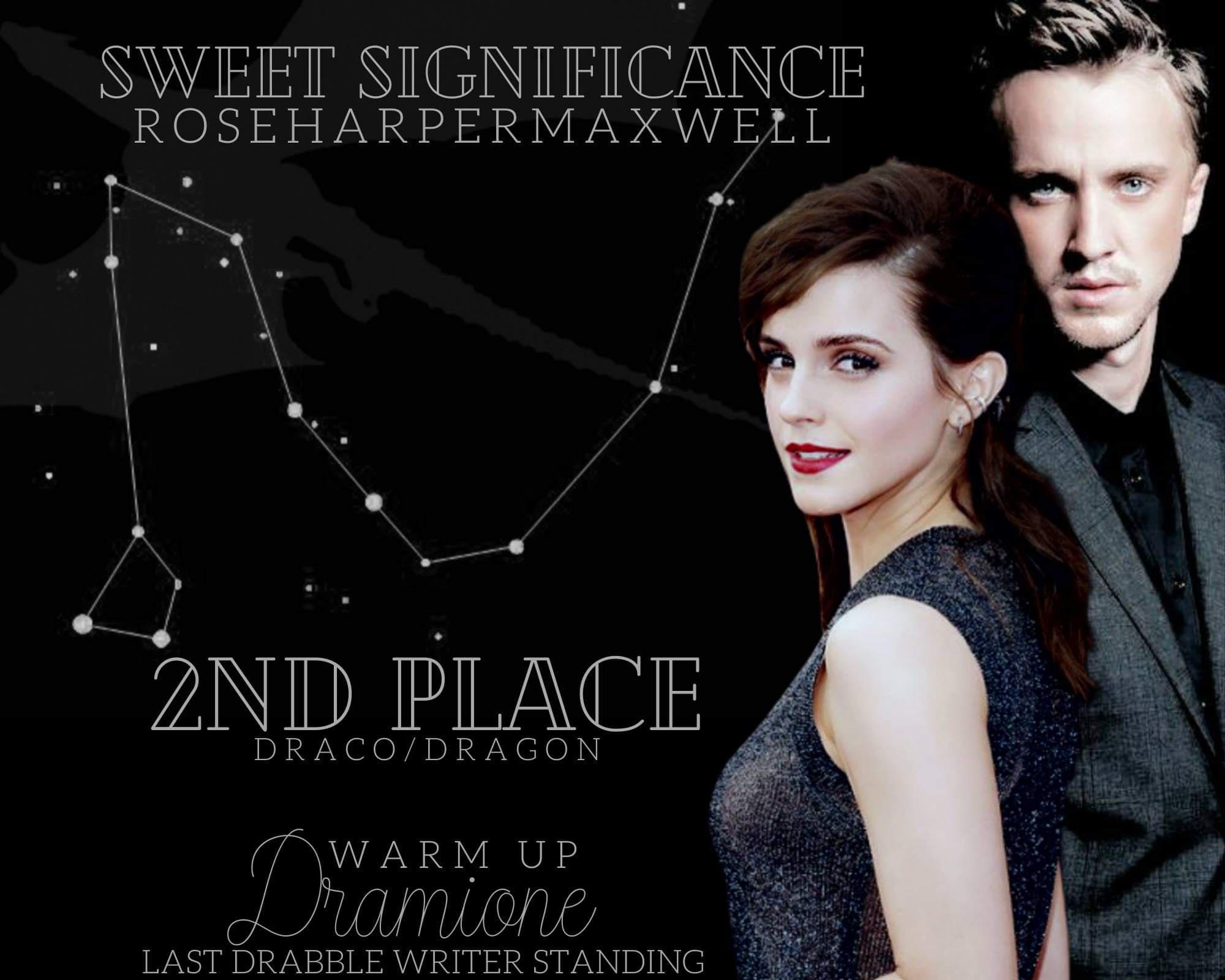 Harry and Ron stared in shock at the organized chaos in Grimmauld's kitchen.

"Malfoy,” said Harry. Their roommate was wearing a ruffled apron, surrounded by apple peel and dicing with a potioneer's precision. "What the fuck?"

"I'm baking." Draco scraped fruit into a bowl with the back of his knife, and then transferred hot pastries from baking sheet to cooling rack. "I'd think you could figure that out, even if you're both rubbish in the kitchen."

Ron wandered over for a closer look. "No complaints here, mate. These smell amazing." He reached for one, earning himself a spatula smack to the hand. "Oi!"

"Not for you." Draco glared, sprinkling coarse sugar over the rack.

Ron looked crestfallen - pastries dangled, then denied. "Who are they for, then?"

"None of your business." Draco wiped his palms on his apron and leaned a hip into the counter. "Look, I'll have some sent over from the manor. Berry, chocolate - whatever you want. But I certainly didn't have Ceely teach me to bake just to watch you inhale these."

Harry examined a peel curiously. "What's so special about apple?"

Draco gave a resigned sigh. "These are Golden Nobles. My father had the tree transplanted to the manor for my mother when they were married. It reminded her of a Greek myth and - anyway, these apples are…meaningful." His cheeks flushed, and he turned back to his project.

"Why are you baking, though?" Harry asked. "Instead of elves?"

Draco focused on the bowl, but Harry saw the corner of his mouth turn up. "They'll be better received this way."

The next afternoon, Hermione stopped in for tea. Draco had been out late with the mysterious beneficiary he’d deemed worthy of his sacred apples, and was spending the day with his mother, but he'd followed through. The boys served her leftover berry turnovers.

"Good." She nodded appraisingly. "Not as good as the fancy apple ones, though. Did Draco make any more?"

Ron's eyes widened as he choked on pastry. Harry patted him on the back, shaking his head with a smile. "Leave it, Ron.”