Emma Swan grew up in foster homes, often being discarded, given nothing but the last thought and scraps for dinner. But on her 28th birthday, when it seems she's gotten her life where she wants it, there's a knock on her front door, and her visitor is a 10-year-old boy, claiming to be the baby she gave up 10 years ago. He takes her back to little Storybrooke in Maine, a small, harbor side town where everything seems too perfect for Emma to feel normal.

When she meets Henry's adoptive father, before crossing paths with the cold-hearted mayor, Emma decides that maybe she should stay in Storybrooke to make sure her son really does have his best chance here... And totally not because the attractive man whose taken care of him the past 10 years.

"Henry put it down. That's Emma's." Killian scolded him lightly.

"It's cursed! A sleeping curse- I'll prove it!" He popped the lid off the tote and took a bite.

Emma paused before sighing. "See, Henry, there's-" His eyes rolled back and he collapsed. "Henry! Henry!?"

I am a hardcore CaptainSwan shipper. This should be fun. XD

((P.S. Haven't written CaptainSwan in roughly 5 years, so bare with me, loves.)) 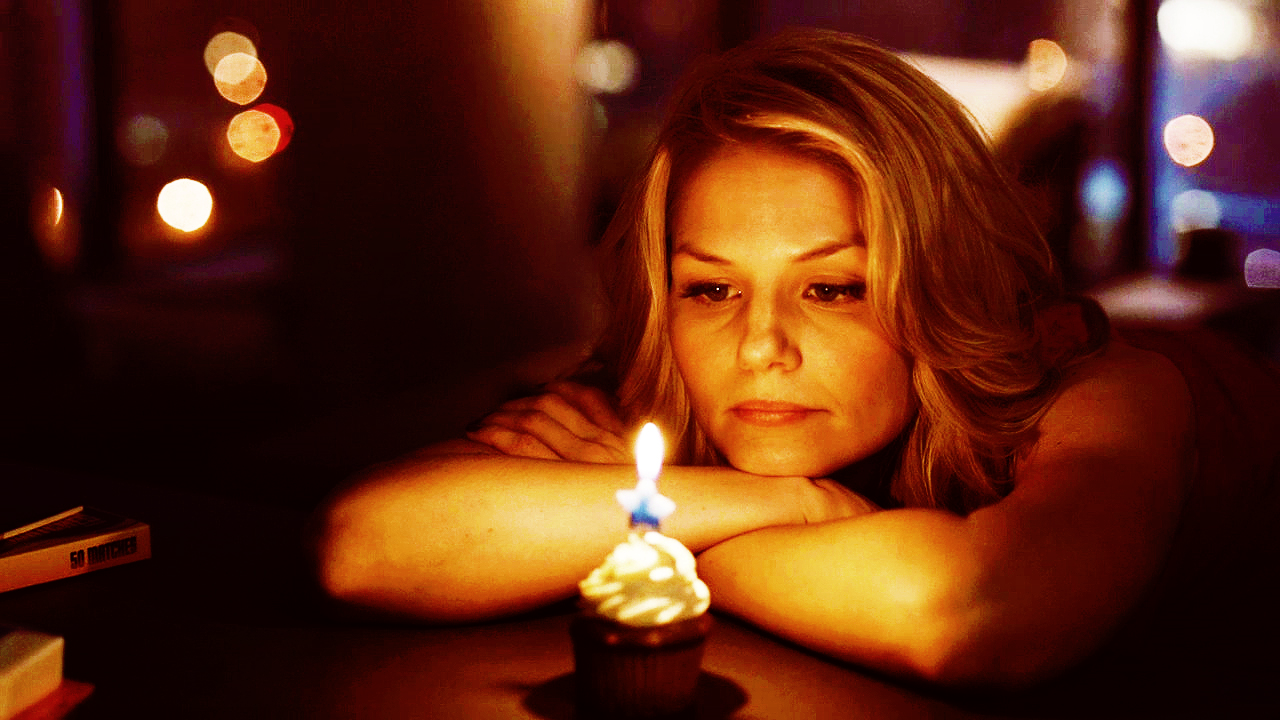 Emma stepped out of the elevator into the restaurant and took a long moment to look around. She could almost believe this was an actual date with a decent person... Not another skip. Sadly, as she remembered the description of the table he gave her, she started towards the balcony overlooking the lower level of the resteraunt. As she turned the corner, the man in question stood up, a relieved look on his face as he stood.

"Emma?" He held out his hand to her and she shook it.

"Ryan?" She laughed, and he followed suit. "You look relieved?"

"Well, it is the internet." He pulled her chair out for her and she sat, scooting up to the table as he took his own seat. "Pictures can be..."

"Fake, outdated, stolen from a Victoria Secret Catalogue." He laughed again, sounding less nervous than before. Oh, if only he knew... She thought. "So..."

"So, um... Tell me something. About yourself, Emma." He crossed his hands on the table and leaned forward, his full attention, supposedly, on her. The red dress was a good choice, she thought. She'd have to wear it more often if it survived the night.

"And you're spending it with me? What about your friends?" Emma chuckled, shaking her head.

"No family to like." She shrugged, and he made a noise that made her almost want to throw his wine down his shirt, but she regained her composure.

"Come on, everyone has a family."

"Technically, yeah. And everyone knows who they are... Do I need to run yet?" She gave him a fake hesitant look.

"Oh, not a chance." He smiled. "You, Emma, are by far... The sexiest, friendless orphan that I have ever met." She laughed, curious how much of that was a genuine comment.

"Heh, okay... Your turn." She then waved her hands in front of herself with a wide smile. "No, wait, let me guess. Um, you are handsome, charming..."

"The kind of guy who, and stop me if I get this wrong," Her smile faded slowly as she went on, "Embezzled from your employer, got arrested, and skipped town before they were able to throw your ass in jail." Ryan looked nervous, the smile still on his face as if he could not register her words.

"And the worst part of all... This is your wife. Your wife loves you so much that she bailed you out and how do you repay that loyalty? You're on a date."

His smile had vanished fully, and he shook his head. "Who are you?"

"The chick who put up the rest of the money." She slanted her head and gave him a sweet smile. Now all she had to do was slap the cuffs on him, and she was good to go.

"You're a bail bondsman."

He let out a sigh, before flipping the table. Emma shot to her feet as Ryan bolted, groaning at the wine seeping into her dress. So much for wearing this again... "Really?"

She walked calmly to the elevator after him, hitting the button with an eye-roll. He couldn't get far, so she had the luxury of not having to go downstairs in these shoes. The elevator dinged and the doors opened for her to step inside. The calm elevator music was a stark contrast to the annoyance thrumming through her body. First, he's a dick to his poor wife, and then he ruins her sexiest dress. Why did she even think it would survive the night? She knew better by now.

The elevator doors opened on the main floor and she walked out, straight for the doors. The sound of Boston traffic filled her ears as she walked across the street towards the white charger and Ryan. He had the keys in the ignition and was revving the engine, but the boot placed firmly on his back tire prevented him from going anywhere... She was more than proud of herself for putting it there. A car swerved to avoid her as she walked across the street, a sense of confidence replacing her previous annoyance.

He opened the door and looked back at the tire before sighing as she reached him. "Look, you don't have to do this. I can pay you, I've got money."

"No, you don't." She huffed, "And if you did, you should give it to your wife to take care of your family."

He scowled up at her. "The hell do you know about family?"

She glared, before reaching into the car and slamming his forehead into the steering wheel. She took a calming breath and stood up again, putting her hand on the roof of the car. "Nothing."

Emma kicked her door closed behind her, a small white box in hand as she crossed to the dining table in the center of her kitchen. She set the box down and kicked off her heels, standing on her toes to stretch out her legs. Her feet ached, and her legs were even worse.

1. She had to work on her birthday.

2. She was abandoned on the side of the road on her birthday.

3. There was wine on her favorite dress on her birthday.

4. She was once again alone, on her birthday.

Emma grabbed the box of star-shaped candles from the cabinet and opened the white box, pulling out a cupcake. She grabbed a blue candle and a match, sticking the candle in the icing and lighting the wick. She rested her arms on the countertop and leaned over, letting out a low sigh. "Another banner year..."

28 years of lonely birthdays and absent parents... Maybe this time, her wish would come true.

She closed her eyes tight and blew out the flame, wishing the same thing she always had... To not be alone.

Suddenly there was a knock on her front door and she stood up, sending a bewildered look to the door before glancing back at the cupcake. She quickly shoved down her excitement, assuring herself it was probably a pizza guy who had the wrong apartment and padded over to the door, opening it. Where she expected to find someone in their early 20's, she instead found a short, brown-haired, 10-year-old boy.

"Are you Emma Swan?"