Between the escape from Katolis Castle and the leap from the pinnacle, there were thirty days of daring and adventure we saw on screen, and thirty nights of relative downtime we did not.

This story adds the in-between moments, following Rayla, Callum and Ezran through the events of the first three seasons. There’s banter and introspection, angst and humor, loss and love, but with some emphasis on the banter and the love.

In Chapter 11: Chuck It Up, some dads-sads and banter before the storm, onboard the Ruthless

Hey, welcome to Upside Downtime! It takes place between canon episodes of seasons 1 to 3, adding one chapter for each in-show day. Here’s a timeline I made of the events of the show, that serves as a framework for this story.

T-rating is a mild T, and mostly for language, since Rayla swears when Netflix isn’t watching. There’s very mildly suggestive content and canon-level violence. If you have questions or would like me to warn for anything specific, feel free to ask in the comments or send me an anonymous ask on my tumblr @numptypylon.

This story works as a companion fic to Downtime in Wartime (DiW), which is Callum pov in the same continuity, but reading DiW is completely optional (and it’s all oneshots, so you can read single chapters as you prefer), this story stands alone. I link to the Callum chapters taking place between the chapters of this story in the end notes, if you want to read in chronological order, and here’s a version of the timeline that includes reading order. But again, it’s not necessary to follow this fic!

Hope you enjoy! I’m so excited to start posting this 😊 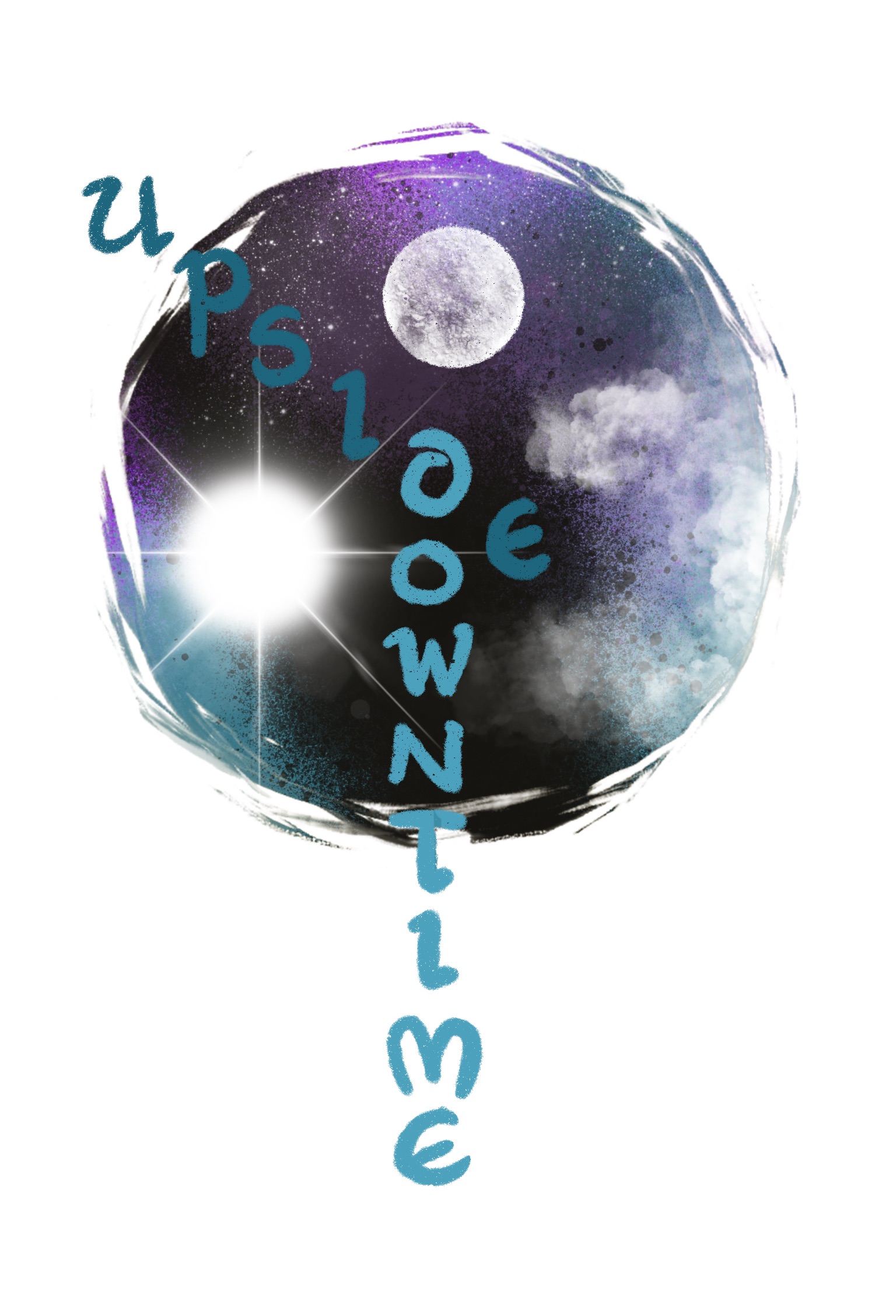 Set post-S1E3, after the trio left the castle

The bells rang through the misty pre-dawn, carrying the sound all the way from the castle in the distance.

Rayla could have shielded herself from what it meant, if not for the red ribbon left behind back on the forest trail. She was no-where near skilled enough at illusions to wrap that up in anything else, and so the meaning the sound carried was clear and heavy.

Before today, that would have sounded so melodramatic to her. Like ‘Death’ in fancy capitalized letters on the page of a storybook or spoken aloud in Runaan’s voice, full of gravitas she hadn’t understood.

Now, the way the word was making its way around inside her head, bouncing off the memories of the last day, it didn’t mean some vague, ominous thing but… lots of real things.

It meant that those two boys, fast asleep, missing the sound and what it meant for them… that they had lost their dad.

It meant that she would have to lie to them, from here on out.

And it meant that Runaan was alive and on his way back to Ethari.

How was she supposed to feel about the bells when they meant all of those things?

She knew how she was supposed to feel of course, knew that… that sound should mean triumph.

It didn’t though, not even close, and she didn’t know how she did feel.

Rayla wrapped her arms around herself, keeping out nothing at all, not the chill or the feelings or the bells, still echoing in her head after the real sound had stopped.

The moon set, its soft and comforting warmth leaving and inviting the chill of dawn, which did its damndest to get right into her bones. Its bracing strength left too, and the fatigue that had apparently just been lying in wait, pounced to hit her all at once.

The sun rose, mocking her tired eyes with its stupid, excessively bright rays that weren’t even warm this early, all harsh and throwing the jagged edges of the world into stark relief.

She sat in the miserable cold sunlight for a while, before she roused her travelling companions, huddled together under their cloak with the warm little Sun primal frog. They both looked tired, blinking muzzily at her and the forest around them. She judged it had been five or six hours since Callum had gone to sleep, a bit longer for Ezran.

The sun was up though, had been for a while, and they had to move. For… many reasons.

The younger boy, Ezran, bounced up and greeted her cheerfully. He seemed a whole lot livelier than his older brother, still yawning and trying to extricate himself from the tangled cloak.

“Empty your bags and let me know what we’re working with,” she said, rather curtly, because she really wanted to get away from this place, from that castle in the distance.

Away from the bells for the departed. From the red ribbon.

From… the dead. From the death, real and horrible. From her failure.

Her former team would be on their way now too, and she knew she had to get Ezran and the dragon egg as far away from them as possible. But she knew the path they would take though, and it wouldn’t be hard to avoid them.

Rayla let the boys get their bearings, doing her morning stretches while they rubbed the sleep from their eyes and laid out their supplies like she’d asked them to.

Callum sighed, looking at the meagre contents of their bags. Even upside down in a handstand, she could tell it was not great.

“We have a bit of food,” Callum said, meticulously listing the supplies out loud as he packed them back in their bags. “-thanks to Ezran. Five jellytarts, a jar of raisins and a cheese sandwich. Extra socks, because Ez always jumps in puddles, and I’m sent to fetch him and then we both- uh. Never mind. We have extra socks, was the point. And an extra undershirt, because Ez gets cold. And my cloak. No other extra clothes, because we were going to the Bantherlodge, and there are clothes there.” They just… didn’t need to pack clothes, when they went on long trips? It was weird, thinking that someone could just have that many extra clothes.

Callum had stopped listing supplies though and was just staring at her now, open-mouthed.

Maybe humans couldn’t put their feet that close to the top of their heads? She supposed… most elves couldn’t either, but surely it wasn’t that weird.

Ezran stared too, but it was more unabashed joy on his face than the… whatever it was, on Callum’s. “That’s so cool,” the boy said. “You can really just… almost stand on your own head. While upside down.”

“But-” Ezran looked confused, pointing at her current position.

Not wavering, she spread her legs slightly to steer clear of the horns, and lowered her feet past the edge of her head, almost touching her ears. “I can stand on top of my head. I don’t, because my boots are dirty and my hair is white.”

“Smart,” Ezran nodded sagely. “Makes sense. I knew it. I told Callum too, that it didn’t make sense that elves would uh ‘wallow in filth’ and never wash their hair, even if the books at the library says so.” Wow. Awesome to know, really, what humans thought of her people. But Ezran was continuing, chatting happily. “That tall pointy man on the battlements? Pretty sure he washes his hair, and takes his sweet time, too.” So very true. But she couldn’t say that. Runaan… those bells were because of him.

She flipped forwards, landing lightly on the grass in front of the boys. “Yep. We work pretty much like humans, I imagine? Put our pants on one leg at a time? Wash in the order of face, armpits, crotch, ass-”

Ezran’s face lit up in a delighted grin. “You said ‘ass’!”

“Ezran, she’s allowed to talk how she wants,” Callum said sternly. “You’re not.”

“I’m not really, either,” Rayla said, winking at Ezran, who was pouting dramatically, clearly not thinking this fair at all. “I just kinda do, anyway. Like I said, I work pretty much like you.”

Callum was still staring at her, though. “I wouldn’t say that,” he said. “That you work like us, I mean.”

She shrugged. “It’s normal? I mean, I’m pretty flexible I guess, but-”

“Uh, no. It’s definitely not normal,” Callum said, still wide-eyed. “I could never do that in a thousand years of training. I can’t even touch my toes, and Soren says I ought to be able to-”

She turned away. It was… technically flattering, what he was saying. But it wasn’t, really. He thought she was… what? Not like him, that was pretty obvious. Intimidating, maybe. Which was also not that flattering.

“Let’s get going,” she said curtly. “Can’t spend all day upside down.”

“The whole night was kinda… upside down,” Ezran said, quiet now. He looked around at the forest, then back at the castle off in the distance. “It’s still a bit upside down. But maybe you get used to it? Being upside down? And it’ll seem the right way up eventually?”

He looked so hopeful it tore at her, because he didn’t even know how much his world was upside down.

She had lost her parents twice, it felt like, even if they still lived. Both times it had turned the world upside down.

She couldn’t tell them.

A kind illusion, Runaan might have called it. But it wasn’t kind, not at all.

That it was kind or okay was an illusion too and she didn’t need that. She knew it was not kind to keep this from them. It was necessary and cruel and horrible.

“Yeah,” she said, and forced a smile. “There’s an upside to things being upside down, you know. A new perspective. Gravity masking your bedhead.” She raised an eyebrow meaningfully at Callum and his lopsided morning floof, but he didn’t seem to catch on. “A rush of blood to the head,” she continued. “Less wear and tear on your boots. I dunno… getting really into the mind of a bat?” Ezran giggled at this, and Callum smiled, and Rayla found her smile was somehow a lot less effort.

“Come on,” she grinned at them, motioning them to follow as they both hefted their bags, ready to go.

It would be okay, she thought. There was a bunch of horrible things that they weren’t leaving behind at all but bringing with them but… there were good things too. They carried a really good and important thing that could turn the world upside down in a good and important way.

“Okay, then,” Callum said, a kinda thoughtful-eager-glint-in-his-eyes look on his face. “It’s upside down time! I’m up for the downtime! I’m down with the upside!” Alright, that was his dumb pun face then, good to know. “It’s up to-”

Callum stopped talking, because he had to run to catch up to her and Ezran, who had collectively elected to leave him to his forest clearing punnologue.

First chapters are always nerve wracking! Hope you enjoyed, but feel free to tell me, even if you didn’t :D

Up next: The trio hit the road, and try to get used to the walking and each other