The camera cuts to a cell phone video, shot vertically, of the banks of the Potomac with Bucky hunched possessively, almost predatorily, over Steve's beaten and dripping wet body, (replacement?) mask somehow back on his face, everything concealed except his eyes and forehead. Off-camera one voice calls for an ambulance as another voice asks, "Are.... are you a new Avenger? Did you just save Captain America?"

Bucky looks up, eyes momentarily confused but quickly turning to a stormy glare before snarling, "I fucked Captain America. In the ass."

(The mask doesn't come off until the helicarrier. This complicates things.)

I was pummeled with health issues the first 6 months of the bang only to have grad school & remote learning pick up where they left off.

I have missed writing so, so much & I am just so in awe of all the pieces that have been created!

Many, many thanks to my amazing artist shax92! She was incredible to work with. Please let me know right away if the images aren't showing up right. This is my first time embedding pictures in a fic & I want to be sure I do hers justice. 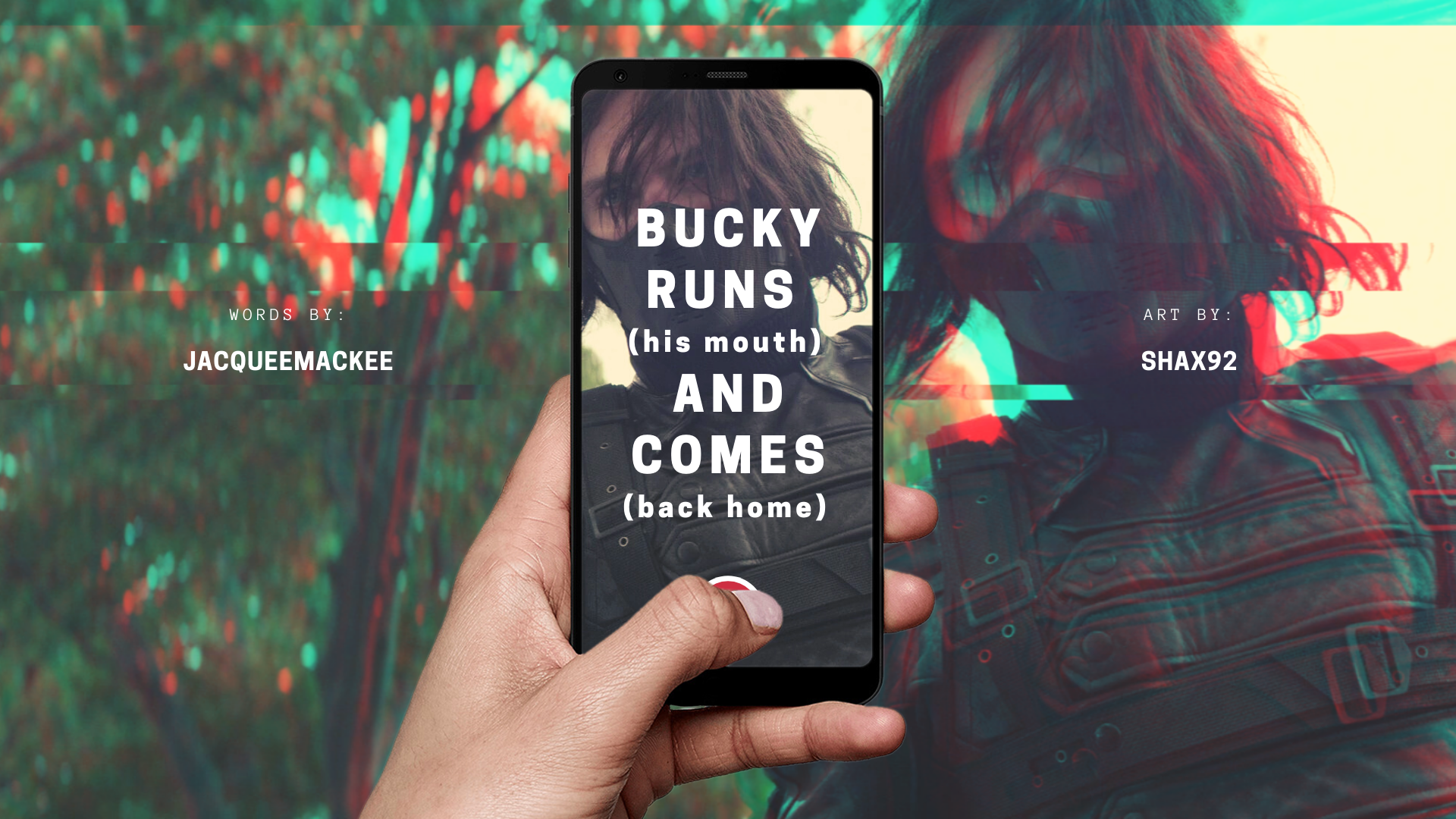 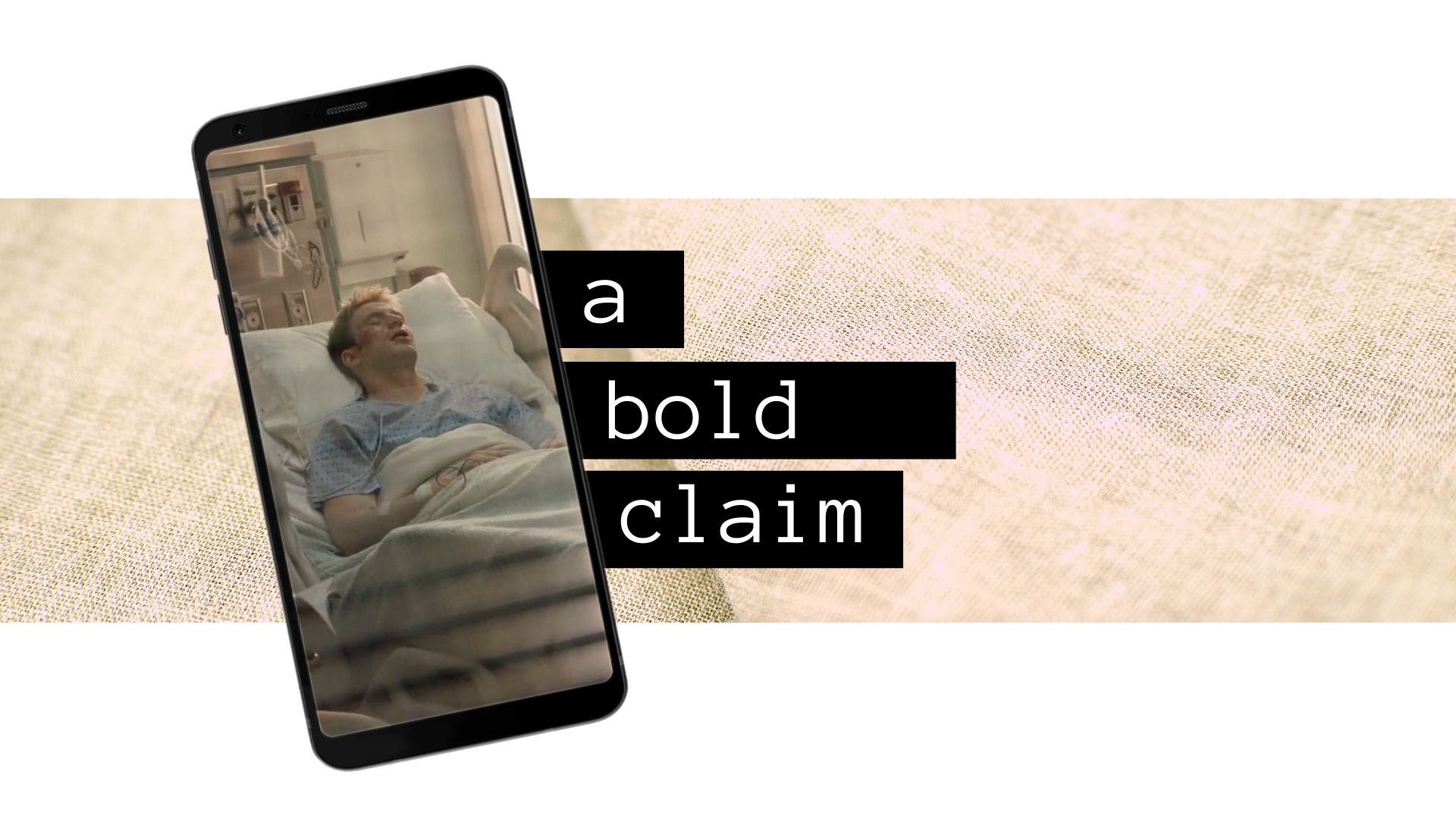 Steve’s in too much pain to muster a grin but a corner of his mouth twitches a little as Sam blinks awake in response and smiles at him, something smooth and jazzy playing in the background.

Speaking of… maybe awake isn’t something Steve wants to be right now. Those three little words were enough to make his throat ache and with every passing second a new hurt is making itself felt. Broken bones, especially in his face, stab wounds, multiple gunshots, cuts, bruising, and anything minor that managed to fix itself before he regained consciousness. Everything’s healing, of course, and he’s sure it would have hurt far worse if he’d woken up sooner, but body parts always protest knitting back together and re-growing at high speed.

After several minutes, Steve is blearily able to determine that, while his entire body is throbbing to some level or another, his toes at least appear to be uninjured.

“You with me, man? Or are you passing back out for a few hours?”

Steve closes his eyes and considers his options. He feels the fuzzy haze that indicates the medical staff were desperately trying to keep him asleep as long as possible but the meds are no longer enough and the pain has won out. For now.

Moments later a nurse bustles in and briskly gives him a full run-down of his injuries, surgeries, and healing progress as she checks his vital signs. Steve’s not sure what it says about him that the med staff in Avengers Tower knows exactly what he wants to hear when he first regains consciousness, or that he never hears them complain about manually checking his pulse, color, and breathing even though their fancy machines have been streaming them that very data the entire time he was out. Tony has assured him that they’re all very well-paid to compensate both for the danger of working with enhanced individuals and dealing with the varying eccentricities of the team. Unusually, though, she pauses after completing her status report and tentatively asks, “Any, ah… other injuries we should know about? Anything else you remember happening or that hurts?”

Steve frowns at her. Bad idea, even his eyebrows ache, probably due to the still-healing eye sockets. “Should there be?”

She looks flustered, a first for the Tower staff. “There was… we just… the news had… thought we should ask….”

Steve frowns harder and tries to sit up. Oh, yep, even worse idea, his abdominal muscles are clearly not all intact. Sam rushes to ease him back down then very carefully adjusts the bed into a slightly more upright position.

The nurse gestures vaguely to the TV monitor mounted on the wall. “Jarvis? Could you please?”

“At once, ma’am,” Jarvis returns promptly and a TV anchor appears on screen.

“This just in, the latest in our ongoing coverage of what is currently being deemed the Triskelion Incident, the sudden battle that took out most of SHIELD headquarters and what appears to be three giant helicarriers. Our station has just obtained exclusive footage showing one scene of the aftermath. We’re live-streaming it now.”

The camera cuts to a cell phone video, shot vertically, of the banks of the Potomac with Bucky hunched possessively, almost predatorily, over Steve's beaten and dripping wet body, (replacement?) mask somehow back on his face, everything concealed except his eyes and forehead. Off-camera one voice calls for an ambulance as another voice asks, "Are.... are you a new Avenger? Did you just save Captain America?"

Bucky looks up, eyes momentarily confused but quickly turning to a stormy glare before snarling, "I fucked Captain America. In the ass ."

And then.... his eyes just go blank, like his brain has suddenly gone on vacation, or maybe.... like he's staring at something that's only playing inside his head. But within a flash, it's gone. Bucky shakes his head, growls menacingly at the person wielding the camera phone, and lopes off faster than any non-enhanced human can follow. Sirens sound in the distance and someone rushes in from off-camera to begin CPR before it cuts out.

Back in the studio, the TV anchors struggle to conceal their shock as one makes a hasty comment about perhaps using a 5-second delay next time before quickly moving to analysis of the “mysterious figure” last seen during the bridge fight and his “menacing comments”. The TV flicks off and the nurse gazes at Steve expectantly.

Steve drops his head back to the pillows, eyes closed and laughing softly despite the burning of his gut wounds. He doesn't know what Bucky was thinking in the video but he knows what's going through his own mind right now: the last time they were together, Bucky had topped, and, sure enough, they'd been so impatient and worked up that Steve had still been wearing the Captain America uniform. That's a damn bit more specific of a memory than just recalling that Steve was his friend.

If, that is, Bucky was really remembering and it wasn’t just the Winter Soldier using some crude modern language to describe besting Steve in a fight. He chuckles one last time before assuring the nurse, “My pants were still on…. didja see? The fight ended…. when I fell into the river and you can tell by the blood and the water that I’ve... just been pulled out. Nothing... nothing happened.”

The nurse nods slowly, still unsure. “If… if you’re sure. Since you weren’t unconscious, we didn’t… we wanted to confirm… if you’re at all worried…”

Steve tries to grin reassuringly at her but it just comes out as a wince. “I’m sure. But thanks for your concern. ‘Ppreciate it.”

Sam frowns down at him. “Don’t tell me you’re too macho to tell her you’re hurting and need some pain meds, Rogers. There’s no shame in asking for help when you need it and your muscles will heal better if you’re not all tensed up and clenching from how bad it is. What are you trying to prove here?”

Sam is too perceptive. Great quality in an Avenger, frustrating one in a nosy best friend.

Steve just sighs and stares at the ceiling as the nurse preps and administers a new dose of elephant-tranquilizer grade meds. He wonders where Bucky is now. He wonders if he is safe. He hopes he didn’t hurt him too badly. He didn’t want to but he had to stop the helicarriers, he had to , and he couldn’t back down from the fight until after the computer chip had been securely placed. The feel of Buck going unconscious in his arms, from his arms isn’t a sense memory he’ll be able to shake any time soon…..