Are you confusing me with someone else?

Kozmotis nearly dropped the dented and dripping pipe in his hands when he heard that voice. His ears perked and his chest felt tight. He hadn’t heard that deep but soft tone since… Well. Since they’d run from that creature. That awful monster that seemed to be made of shadow and teeth and eyes while it dragged its enormous weapon across the concrete leaving trails of black sand in its wake.

They’d gotten separated in that funhouse of an apartment building and ambushed. He was sure Jack’s tortured scream was going to haunt his dreams for weeks. He’d lost someone else. He’d lost him all over again .

Except he hadn’t. Jack was here. Standing behind the bars of some kind of holding cell. How the Hell he’d stumbled into a prison, Koz couldn’t fathom. This was simply where this town wanted to take him. And Jack, he looked… fine. He looked whole and he was wearing that smirk of mischief like he’d been here the whole time just waiting for Koz to come get him.

Koz should have been relieved. Instead he looked even more haunted than when Jack had slipped through his fingers.

God, his tone was just like his. So warm and playful. So much like Jackson’s. And ‘Pumpkin’? How did Jack know that? How did he know that was what the love of his life used to call him? Koz stepped up to the gate that separated them because it was impossible to do anything else.

The singular light in the room provided a harsh contrast: Jack half washed out and half bathed in shadow. Was that Jack’s shock white hair, or did he see dark brunette roots? Was it the fluorescent lighting or did Jack's blue eyes have a tint of honey to them right now?

Were those freckles really there? Was he dreaming?

Jack’s laugh was a knife through the heart, just like it had been the first time he heard it only hours ago when they met on the bridge over Toluca Lake. Time passed a lot differently in Silent Hill.

Clingy as ever, tactile so much like Jackson, Jack reached through the bars to touch Koz’s cheek.

“Who else would I be?” he grinned, ignoring the very obvious fact that Koz was only in this town chasing a ghost he couldn’t let go of. A ghost that was the spitting image of the man in the cage.

Jack brushed a thumb over Koz’s cheek, the touch warm and inviting and made him shiver involuntarily because Jackson had done the exact same thing so many times… 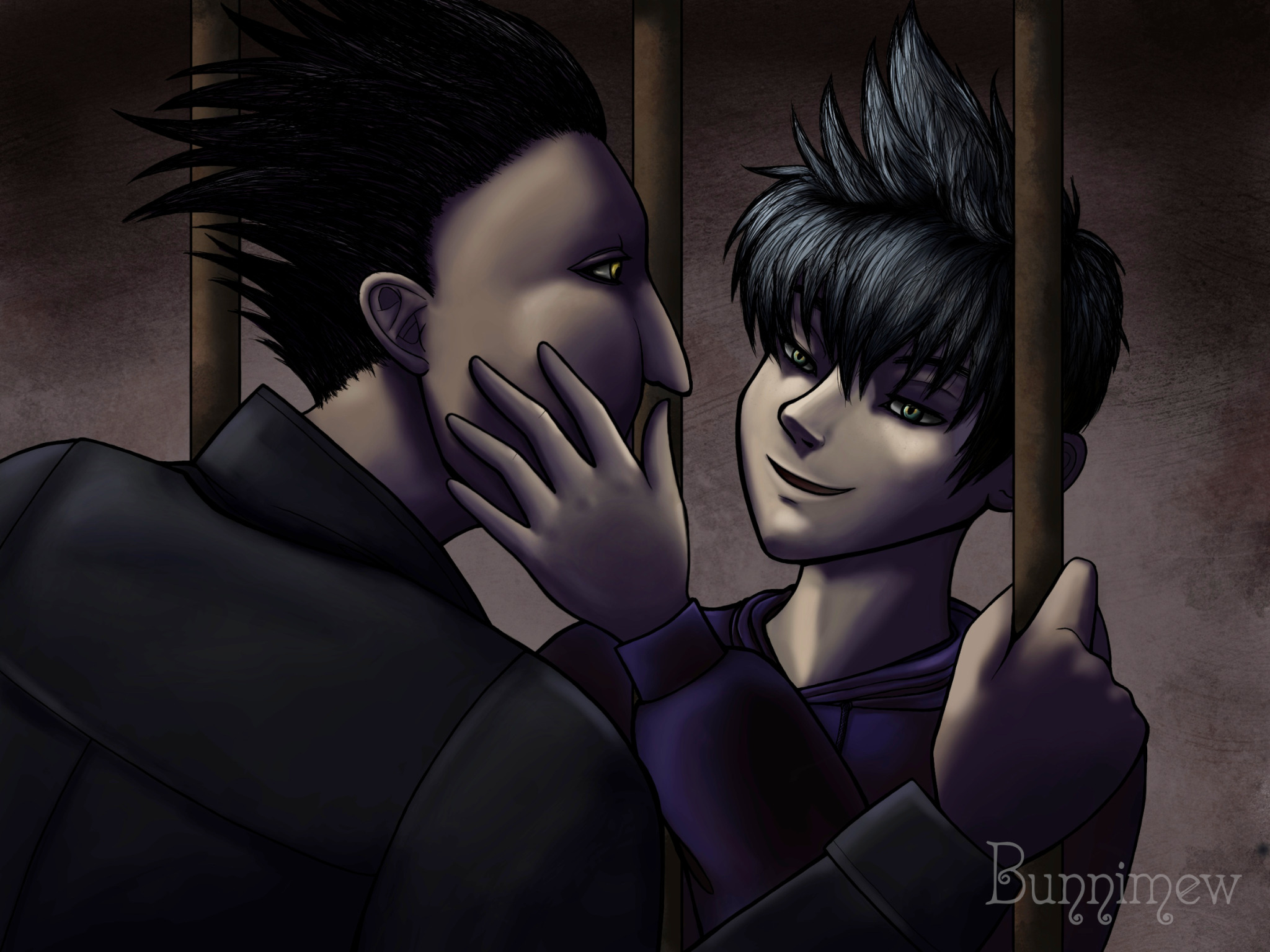 I hope to flesh this out into a proper AU some day. Big thanks to Fuuma and Avearia for inspiring me to make progress on this. And thanks to Sylph for hosting the Halloween event! <3