A Kind of Rebellion

"All I can think is that it must be a kind of rebellion / to arm your fears like soldiers and slay them." 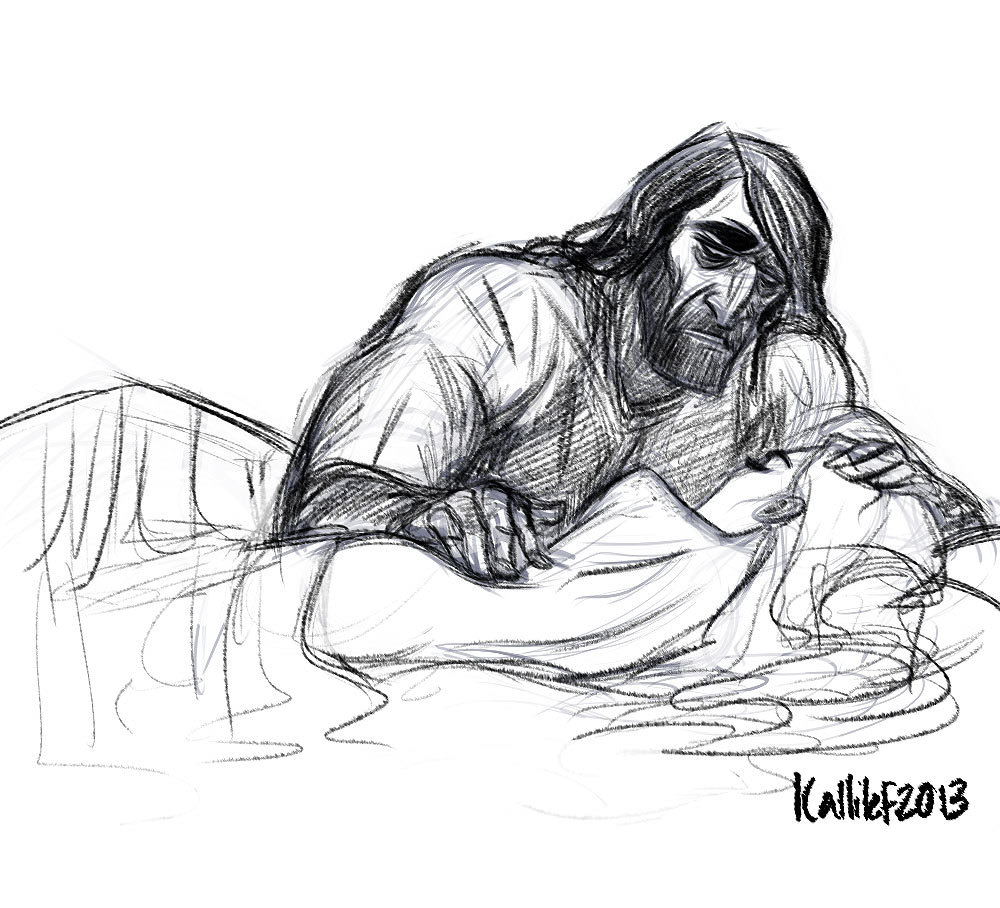 He knows she watches him sleep. Too many years of standing guard, too many years of watchfulness, have left his senses too vigilant, attuned to the slightest noise. The shift of her position, the change in her breathing, and especially her steady gaze; all these things immediately waken him.

It doesn’t happen every night, or perhaps there are times where weariness or wine leave him defenseless and unaware. But most nights Sandor keeps his eyes closed and lets Sansa believe him still asleep, lets her breath ghost over his skin, lets her stare at his scars, lets her search for whatever answers she can find in his features. In the morning she always greets him with a smile, pleased he’s still in her bed, that she’s safe and warm in his arms… so whatever she looks for, whatever she finds, cannot be so bad.

Tonight, though, she sleeps soundly, and it’s his chance to take his look. She breathes quietly, her beautiful face calm, unworried, untroubled by fears for now. The firelight makes her auburn hair glow like flames, and he has to resist the urge to run his fingers through it, to press his face into the cool strands. Instead his hands drift lightly over her pale form, tracing along her soft skin: her shoulder, her waist, the slight curve of her belly…

He knows Sansa is tall for a girl, and he understands how strong she is, how she’s resisted far worse than him. But like this, asleep and vulnerable, she seems so small and delicate. He can almost hear her heartbeat, fluttering like the trapped little bird she used to be. And he feels monstrous, clumsy as an aurochs… he imagines if he presses too hard she might shatter like glass, like a porcelain doll dropped on a stone floor. But she remains unbroken, unblemished, and he can no longer resist, but places a kiss on her forehead, gently as he can.

She sighs softly and her eyes blink open. He freezes, caught, but she only gives him a sleepy smile, and whispers, “Is something the matter, my love?”

“Just a bad dream,” he mutters, and she nods and opens her arms to him. He lays down in her embrace, and she strokes his hair, caresses his skin, and hums quietly until she soon drifts back to sleep. He shifts to wrap himself around her, and lets her gentle breathing soothe him into slumber, at peace until the dawn. 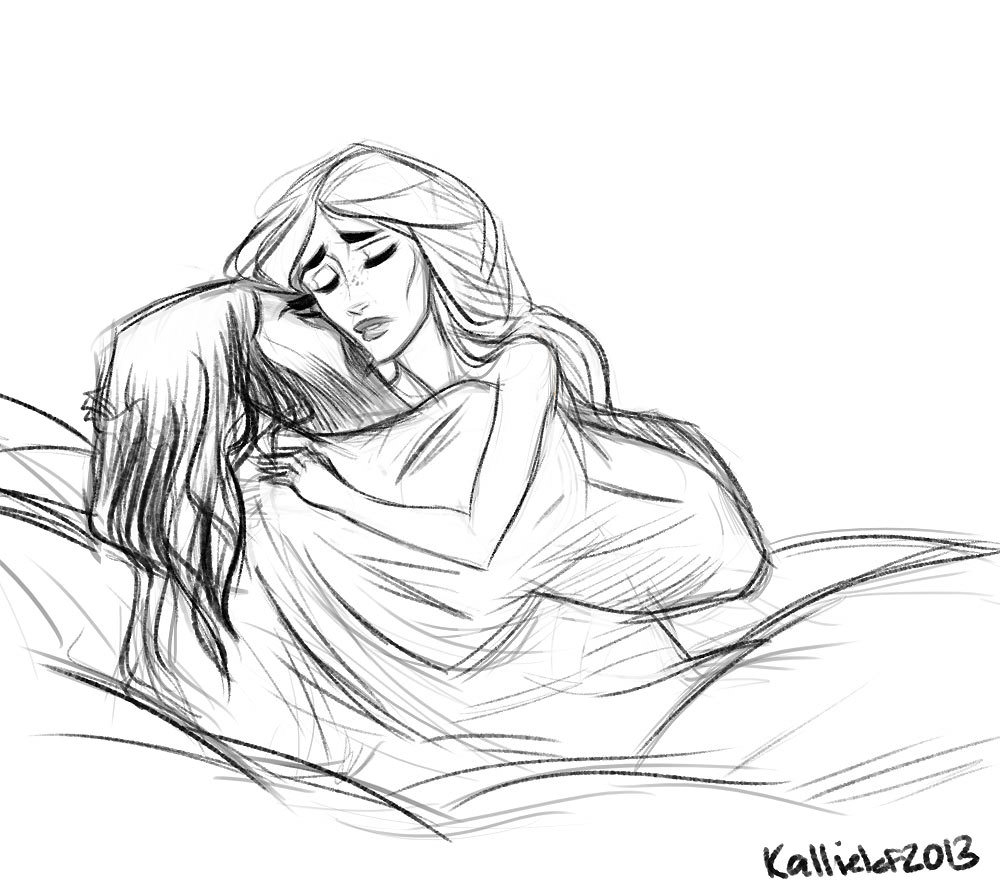 This was written some time back, but I'd never gotten around to posting it to any fanfic archives. My thanks to LadyFenharel for her Sansa Stark appreciation week that finally got me moving.

Art by the lovely Kallie. The first artwork, which inspired me to write this little ficlet, can be found here; and the second one, which she drew in response to my fic, is here. All my thanks for the inspiration and for the permission to post her artwork here. ♥

Note: this is within the continuity of In Love and War, though I'm not sure when exactly, but definitely some time after the currently published chapters. (Spoilers!) I promise I'll get back to updating that soon.

Title from The Airborne Toxic Event's "All I Ever Wanted".

Comments and feedback are always appreciated.