They met again after a decade.

Written for the Visual Prompt Meme No. 1 at sansa_sandor over on LJ, in which we had to write something inspired by a particular picture. Unbeta'd, but concrit is welcome. Comments feed the author :)

They met again after a decade. Sansa was seated beneath the heart tree by the pool at the centre of the godswood, not praying, not thinking of much at all. It had been an atrociously busy day so far, as had been most of her days since returning to Winterfell, and as the heat of the summer sun had begun to wain she had felt the need for solitude. And so she sat, slippers and stockings removed, feet dangling in the blessedly cool water, and allowed her mind to expand to fill the space and silence around her, thoughts floating just above the conscious need to examine them.

She did not hear him approach, but then she never had been able to. After so long in Petyr’s care, there were not many who could creep up on her so. But suddenly there he was, standing across the pool from her as though he had simply taken form out of the shadows between the trees, and she took in a single breath, sharp and sudden, the air freezing in her lungs until it burned. She had been thinking of him, she realised. Thinking of him, and then he appeared. Just like something out of a song. How many times had her mind wandered to him thus? How many hundreds of times? Thousands? And the only place he had ever appeared then was in her head in the dark of the night.

Am I dreaming now? It seemed a genuine possibility, for he did not speak or move, and Sansa didn’t dare breath for fear of shattering the moment. Perhaps she had fallen asleep beneath the weirwood and was lying there now, curled up on her side with her head pillowed on her arm.

But no, in her dreams, he never just stood and stared at her, a conflicted expression of regret and longing and apprehension and hope and anger (but hands and breath and a ripped bed gown and hot words growled in her ear, threats and promises and frantic, screaming passion), and as she studied his face she saw the signs of the passage of the years that she never saw in sleep – grey threads in his hair, crow’s feet around his good eye, and something else... something absent, or... or present.

Sansa released the breath she had been holding in a rush like a sob; took it back in quickly only for the air to be pushed back out again by the constriction in her throat, and with the regular passage of air to her lungs once more resumed, so the world restarted.

“Your name,” she called, forcing the words up around the obstruction in her throat, pressed thinly as they passed, as though stretching out across the years. “State you name, ser.”

The breeze gusted and picked up his plain green mantle, tendrils of his black-grey hair, and he shifted his weight, left hand resting naturally on the hilt of his sword in a way that was painfully familiar.

“I am no knight, little bird, and we both know you remember my name.”

And Sansa’s eyes dropped to his other hand, the one by his side, the one she had forced herself to keep from looking at until now because she both knew and didn’t know; dreaded and yearned for what she would see. What she did see. A bundle of letters.

She stood and walked around the pool scarcely heeding her bare feet on the rough ground until she could stand before him, and reach out, and lay her hands on his chest, marvelling when they touched rough wool and solid flesh instead of air and make-believe.

“Sandor,” she breathed, staring at her hands in shock. It was suddenly hard to look at his face – not because of the scars, they were never the worst part – but he made her anyway, tilting her chin up with his hand, everything and nothing familiar in the gentle way he did it. She stared up into grey eyes that drowned her with their intensity, her heart pounding with the same panic of one about to be dragged under, but it was a sweet sensation, so sweet.

She had written everything in those letters. The minutiae of her life that she could tell no one else. Things Petyr had told her, something funny Mya had said, how little Robert tried her patience so, and the difficulty in obtaining silk for a new gown in the midst of winter. How lonely she was, how much she enjoyed being Alayne except for the days when all she wanted was to be Sansa again. How much she liked the new singer’s voice, and tried desperately to think of something witty to say to him to get his attention, and how Randa had laughed and laughed at her attempts. How scared she had been when she realised she must escape the Vale, and how she had wept on seeing Winterfell again, in ruins.

She had written everything in those letters, and because she had learned to trust no one, she had rolled them up and given them to the ravens and signed them only Little Bird, knowing they would never reach him, knowing that, and doing it anyway.

Yet here he stood, solid beneath her hands, consuming her in a look that begged for confirmation and stripped her down to her bones and her beating heart.

“Sansa,” he rasped, his ruined voice reaching down somewhere deep in her being and pulling.

“Yes,” she replied, in response to him or the sensation, she couldn’t say. “You got my letters.”

He nodded, the movement stiff. “Tell me to leave, and I will.”

Her eyes flicked down to where her hands still pressed flat on his chest, and he moved his hands to cover hers as though to keep her from taking them away.

Sansa swallowed, and swallowed again, and looked up at him and clenched her hands tightly in the rough wool of his tunic, and whispered, “Stay.”

She could feel him trembling beneath her hands, heart beating madly. The burnt corner of his mouth twitched and Sansa, finding him not quite so tall as she remembered, raised up on her bare tiptoes and pressed her mouth there, before slowly, so slowly, leaning into him until he released the almost painful grip he had on her hands and drew her tightly against him, burying his face in her hair.

Over his shoulder, across the pool, Sansa could see the heart tree, and a raven sitting in the stark white branches that had not been there before. It looked at her with eyes that, for just the briefest of moments, seemed familiar, before it quorked and launched itself into the air with a clatter of flapping wings.

Sansa stood in the embrace of Sandor Clegane, breathing in the scent of his skin and holding him back with all her strength, feeling the last piece of herself slide flush into place. The letters lay on the ground where Sandor had dropped them. And for the first time in what felt like years, Sansa was happy. 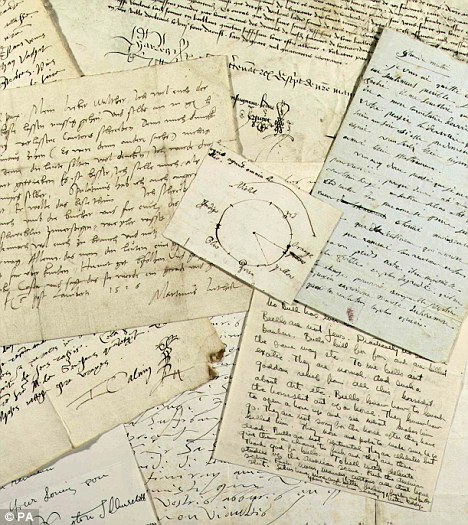